More than 1 million international students come to the United States every year, spending over $30 billion on their education. And while many are well-qualified for jobs in the country after graduating, they don’t have access to the credit score needed to obtain loans to pay for a car, home, or anything else.

Stilt wants to solve this problem by giving financial assistance of up to $25,000 to foreign nationals. But in lieu of the credit history the average U.S. citizen has, the company considers a person’s job history, college transcript, visa status, social media profiles, and bank accounts to determine someone’s creditworthiness. All of this information is entered into Stilt’s algorithm, which will assess whether money should be lent out.

The company also takes into account why you want the loan, such as paying rent, school tuition, repayment of previous loans (some international students want to get rid of their large debts back home), relocation assistance, and more.

Instead of one generic score, Stilt looks at three numbers: the probability of your employment, how responsible you are in managing cash flow, and the likelihood of you repatriating to your home country. The results that the company’s algorithm produces will determine whether you’re issued a loan.

To avoid making bad loans to unreliable prospects, Stilt takes extensive measures to protect itself. It claims to ask for more than what’s considered by a traditional credit report — how delinquent you are in paying bills, your Form I-20, job offer letters, previous work experience, and much more. To verify your identity, you’ll have to submit your visa, passport, work authorization letter, and college transcripts. And background checks are conducted to ensure that borrowers are deemed law-abiding.

It can be unsettling to give all this personal information to anyone, especially access to your bank account. However, Stilt uses 256-bit encryption to protect your identity. Since your bank account information is required, the company uses Plaid to connect with the financial institution — Stilt never sees your banking username or password.

All your information is stored on Amazon Web Services and only Stilt’s cofounders have access to the data, which is kept on a “need to know” basis.

Columbia University roommates Rohit Mittal and Priyank Singh, shown above, started Stilt while at a Startup Weekend event. “We participated … to just test the idea of a better credit risk data models for expats,” they told VentureBeat. They were awarded top honors for their effort, but the project sat dormant for the next few months. Interestingly, Stilt probably wouldn’t have happened had the cofounders not noticed that people were creating profiles on the site.

Eventually, Mittal and Singh took action and started giving out loans using their own savings. Ultimately they resorted to asking their friends for help before applying to Y Combinator. Now the service is live to people living in New York state, where they can request a personal loan of up to $25,000.

Mittal told us that they chose New York, despite Stilt being based in San Francisco, because that state doesn’t require a license to loan up to $25,000 at an annual percentage rate of less than 16 percent. Regulations like this are in place to prevent loan sharks from preying on borrowers. The average repayment period is 6 to 24 months. 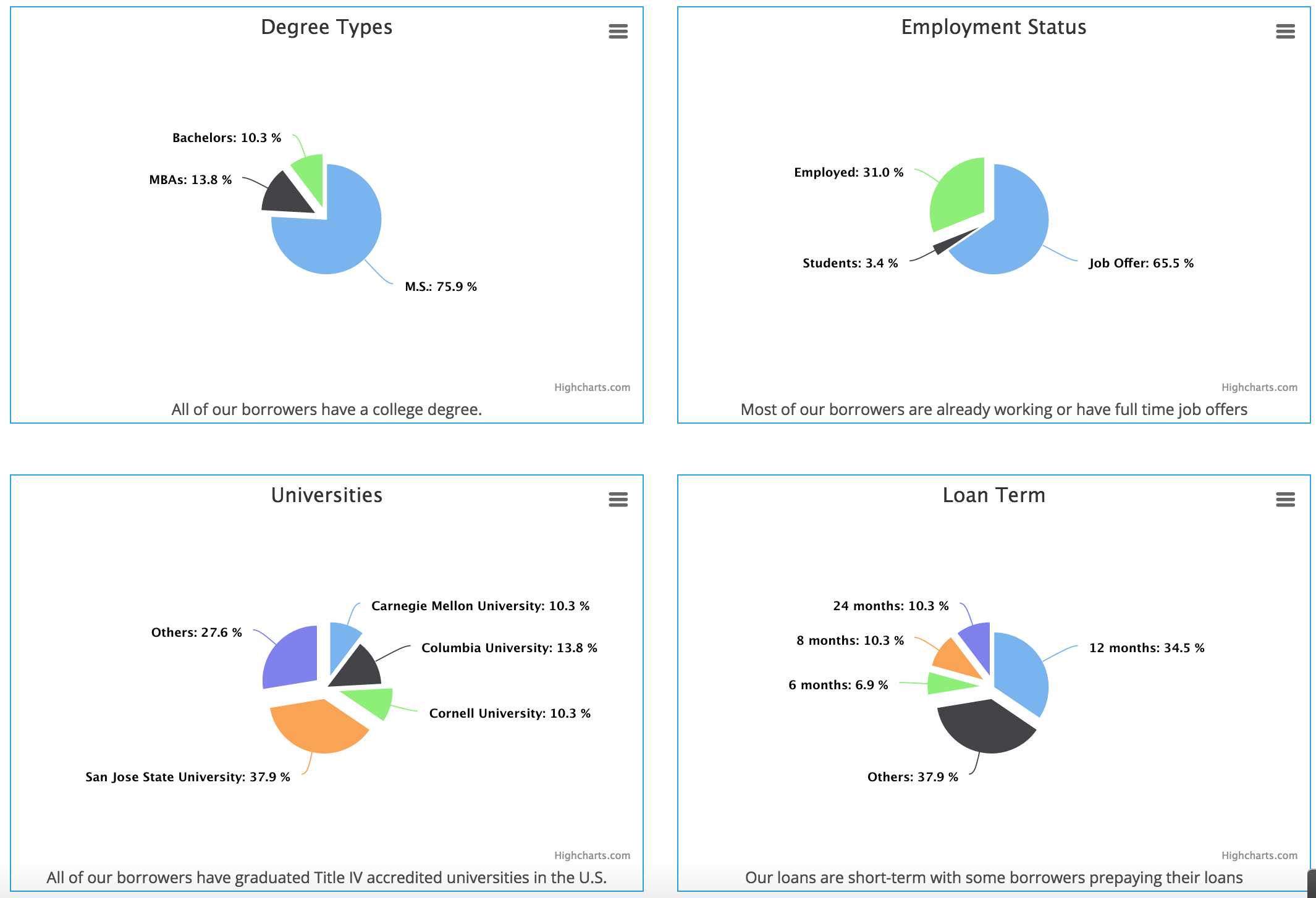 “Around 4.5 million expats are in U.S. on long term visas (H-1/F-1/J-1/L-1) from all over the world. About a million of these are students, majorly from China, India, and Korea and spend $30 billion on education,” the company told VentureBeat.

Borrowers are charged an interest rate of between 7.5 and 15 percent. Stilt said that it supports transparent pricing; you’ll receive documentation explaining the loan term, the amount you’re eligible for, the interest rate, and everything else all up front. However, if you get rejected by Stilt, you’re going to know why — the company sends you a letter detailing why it denied you a loan.

It competes against SoFi, Ernest, and Commonbond in the lending space, but Mittal believes that Stilt has a defensible position because his company already has an algorithm to understand the creditworthiness of borrowers: “We know how to understand the data and convert it into something quantitative.”

In the future, Stilt will be expanding its territory — it has already applied for a California lending license, we’re told. As part of its grander vision, the cofounders said that they’ll also look at other services besides loans, geared more towards businesses, such as mortgages and auto loans.