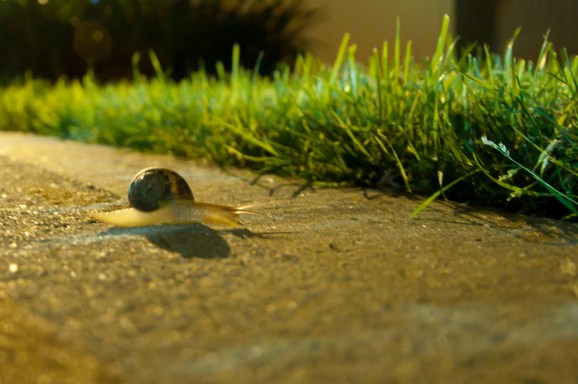 For almost nine years, the mobile industry has had a gale-force wind at its back.

What had been a breeze for many years turned into a hurricane with the release of the first iPhone in the summer of 2007. Since then, across device makers and across geographies, almost every segment of the mobile industry has experienced torrid growth.

Apple rocketed from being a noble survivor to being the world’s most valuable company. Samsung reinvented its image, though it eventually stumbled. And a host of new names, like Xiaomi, emerged from nowhere to become giants.

Those days are over.

As the industry gathers in Barcelona this week for the annual mega-mega-mega conference Mobile World Congress 2016, the tidings are grim.

Last year, growth in smartphone sales slowed to 9.5 percent, according to IDC, the first time it had fallen to single-digit growth in a decade. This year, Gartner is projecting it will fall to 2.5 percent. Even mighty Apple, which has consistently managed to defy expectations, is under pressure like never before amid projections that its iPhone sales could be flat or even drop for the first time since its debut.

The reasons for these slowing numbers are well-known but also lack an easy, quick fix. Western markets are saturated (with device sales projected to start falling in the coming years). New features are becoming more incremental. Price points are dropping. And emerging markets still are still proving a challenge to crack.

Few believe the parade of new smartphones unleashed this week in Barcelona will do much to change this dynamic.

“The engineering and manufacturing brilliance we will see from the likes of Samsung and LG will do too little to drive the type of consumer demand the market so badly needs to maintain past meteoric growth rates,” said Forrester analyst Julie Ask in a note previewing the conference. “New growth will come from developing markets in need of less expensive devices that are less power-hungry, more sensitive to the local conditions.”

There are a number of ways to measure the mobile industry’s era of easy growth. But MWC itself is perhaps one of the best barometers.

Back in 2005, when the conference was still held in Cannes, France, it was known as 3GSM World Congress and was primarily a telecom carrier and equipment event, with about 30,000 attendees. The following year it moved to Barcelona and changed its name to Mobile World Congress, and it has been growing in scope and importance ever since. Last year it attracted 96,000 attendees.

This year might see even larger numbers, but it will also bring a new mood of uncertainty, even desperation.

New smartphone announcements will likely still dominate headlines today, a traditional press conference day. But much of the rest of the conference is dedicated to what the industry hopes will be the things that reignite growth.

Those include the so-called “Internet of Things,” virtual reality, connected cars, and wearables. In most of these cases (even with virtual reality, to a degree), the hope is that the smartphone will be the hub of new uses cases, services, and gadgets. And there will be demos of the potential of blazing-fast 5G mobile networks that the industry hopes will someday replace the current 4G networks that are still being rolled out in much of the world.

There will also be a lot of emphasis on apps and content consumption as ways to drive increased usage among existing users. Expect big debates on privacy and security and marketing, as brands and services like Facebook look for new ways to reach consumers with personalization and ad targeting.

Indeed, Facebook CEO Mark Zuckerberg will be on stage Monday evening for one of the show’s most highly anticipated keynotes. His theme will likely be similar to last year’s: how to connect the next 1 billion people to the Internet. Unlike last year, however, his Internet.org initiative — which is designed to address that challenge — is meeting significant roadblocks, including being banned in India.

That is just one example of the longer, harder slog facing the broader mobile industry.

Certainly there is room for growth in all of these areas. But it appears this pace will be evolutionary rather than meteoric.

As such, the drama hovering over MWC this year is about how well the mobile industry will adapt and whether we will start to see big winners and losers as the industry tries to reshape itself once again.