Lenovo, which is the world’s biggest PC maker, also happens to own phone maker Motorola. While the company dominates in PCs, it is trying to grab a solid foothold in the tablet market with Windows 10 and Android offerings, as well as in its smartphone business, by offering Moto phones on the high end and Vibe phones on the low end.

Let’s start with the company’s strengths.

Microsoft’s Surface influence is all over Lenovo’s latest laptops. Two are laptops with a tablet mode, and the third is a tablet with a laptop mode. The Yoga 710 comes in 11-inch (1.07kg) and 14-inch (1.6kg) models. The former is powered by an Intel Core m5 processor, while the latter has a sixth-generation Intel Core i7 processor. Both feature Dolby Audio Premium, offer up to 8 hours of battery life (14 percent longer than their predecessor), and have an FHD (1920×1080) resolution display. Like other Yogas, the 710 can switch into four modes: laptop, stand, tent, and tablet. If you’re willing to go with the bigger 14-inch model, you’ll get “an innovative hinge antenna that delivers up to 20 percent better Wi-Fi connections than before,” as well as the option to go with a 256GB solid state drive. 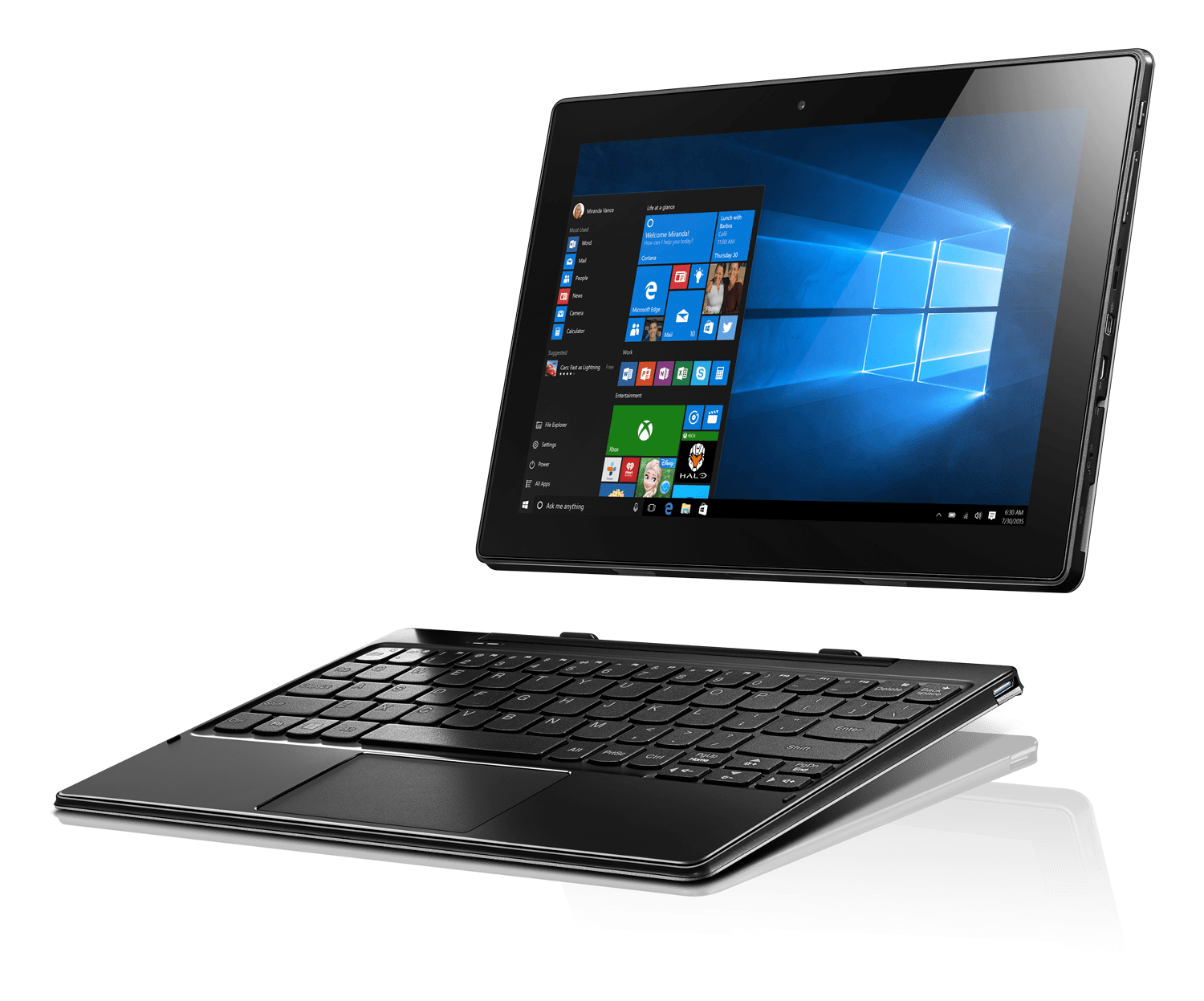 The ideapad MIIX 310 is a 2-in-1 10-inch tablet weighing 580g. It features optional 4G LTE, comes with a detachable keyboard, and provides up to 10 hours of battery life. It can be upgraded to 64GB eMMC of storage and 4GB DDR3L of memory.

Like many Android tablet and smartphone makers, Lenovo is just throwing devices at the wall to see which ones don’t break. The tablets feature Android 6.0 Marshmallow, while the smartphones only ship with Android 5.1 Lollipop. In other words, the tablets are worth a look (especially given their price tags), but we wouldn’t bother with the smartphones.

The TAB3 10 Business, as its name implies, is designed for business professionals. It is preloaded with Android for Work apps, Google Play for Work, and a Kiosk Mode. The device is powered by a 1.3GHz quad-core processor, offers dual speakers boosted by Dolby Atmos, 12 hours of battery life, an 8MP rear camera, a 5MP front camera, NFC, dual-band Wi-Fi AC, and GPS. It has full-HD IPS display, Gorilla Glass 3 panels, and is IP52 certified (dust and splash-proof). 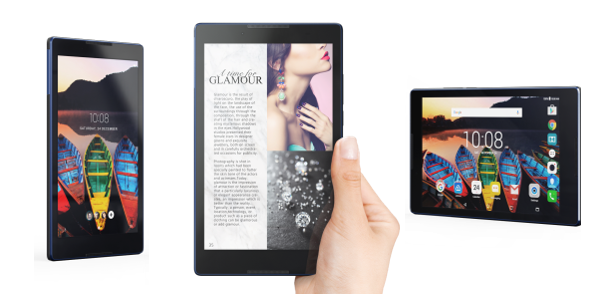 The TAB3 8 comes with an 8-inch HD IPS display, splash-resistance with IP52 certification, and front-facing dual speakers enhanced with Dolby Atmos. The TAB3 8 will be available for $99 (Wi-Fi only) and $149 (LTE) in June 2016. The VIBE K5 Plus has a 5-inch wide-view FHD display, is powered by a Qualcomm Snapdragon 616 octa-core processor, and features a 2750mAh replaceable battery. It also has 16GB built-in memory (up to 32GB expandable storage support), Dolby Atmos dual-rear speakers, a 13MP rear camera with LED flash, and a 5MP front camera. The phone is 8.2 mm thin, weighs 142g, and comes in Platinum Silver or Champagne Gold.

The VIBE K5 is identical to its Plus cousin except for two weaker specifications: a 5-inch HD screen and a Qualcomm Snapdragon 415 octa-core processor. The VIBE K5 will be available in March for $129.

Lenovo Connect is a global wireless roaming service that works across devices, networks, and borders for customers in China, Europe, the Middle East, and Africa (EMEA). The whole point of the service is to eliminate the need for a separate SIM card when you travel — instead it offers low-priced global roaming for companies and mobile professionals. 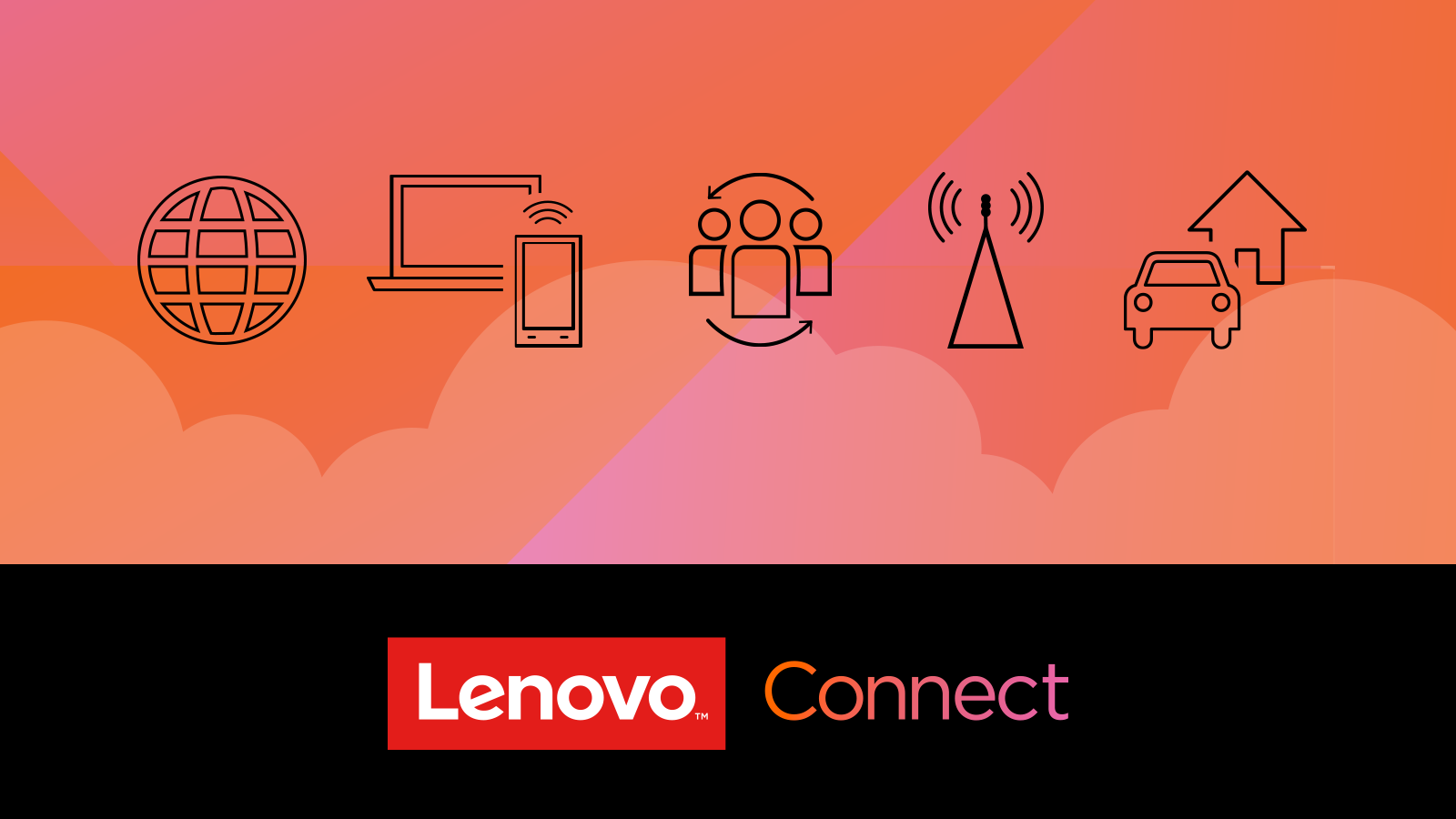 A Lenovo Connect app will be available in China this month for select Lenovo smartphones and laptops (starting with its LeMeng X3 smartphone and MIIX 700 tablet) and later this year for more devices. The service will work for these device owners when traveling to more than 50 countries.

In EMEA, Lenovo Connect will be available this quarter on a variety of Lenovo ThinkPad devices. The service will initially work in 45 EMEA markets and will support domestic and international roaming use in more than 110 countries.

“With the dawn of 5G and the Internet of Things, we expect to see the telecom market expand exponentially,” Lenovo vice president Wang Shuai said in a statement. “Lenovo Connect and our MVNO services will help move us into the new, globally connected world by creating a seamless smart connection across networks, services and devices.”

As a mobile virtual network operator (MVNO), Lenovo already has 11 million users. The company did not share pricing details for Lenovo Connect.