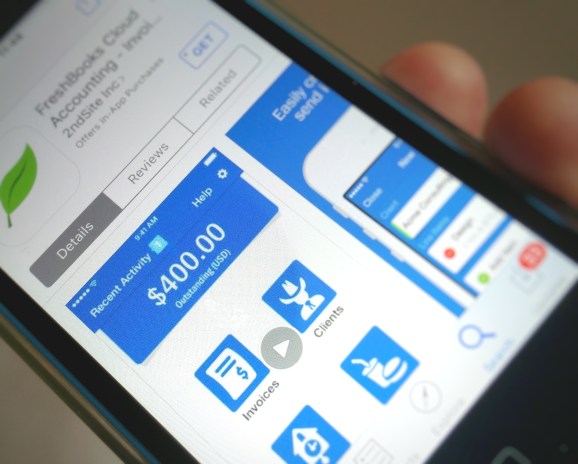 First announced back in December, the $29 pocket-sized contraption puts FreshBooks up against incumbents such as Jack Dorsey-owned Square, a company that went public on the New York Stock Exchange three months ago.

Similar to Square, FreshBooks offers a unit that plugs directly into an iPhone’s audio jack and is designed to help freelancers and small-business owners go “cash-free” by accepting most common bank payment cards. 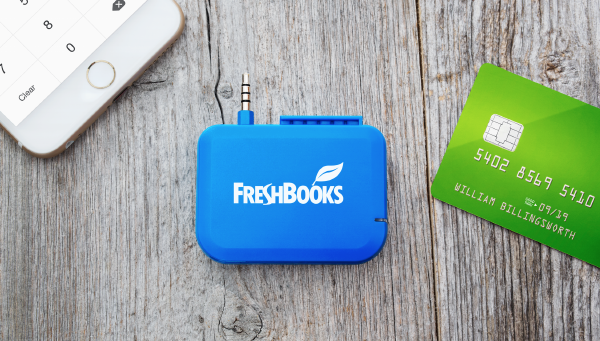 Founded out of Toronto, Canada, in 2003, FreshBooks is better known for its cloud-based accountancy software, which includes invoicing, expense management, and time-tracking tools. And this is why the company’s move into mobile payments didn’t intuitively make sense at first. However, the card reader integrates with FreshBooks broader software offering, meaning that merchants’ invoices and financial reports will be synced in real time when each payment is processed.

Indeed, the company launched an online payment service last year, so expanding into physical stores makes sense. Ultimately, it’s a value-added service that the company will not only offer to its existing customers across the U.S., but will use as leverage to lure new clients on board.

In addition to the $29 up-front cost for the card reader, merchants will be charged 2.7 percent + $0.30 for each Visa and MasterCard transaction, and 3.4 percent + $0.30 for American Express (AMEX). The reader will accept both the new security-focused EMV chip cards and the older magnetic-stripe bank cards.

FreshBooks’ card reader will only work on iPhones at first, however, the company previously confirmed to VentureBeat that support for Android will follow later this year.