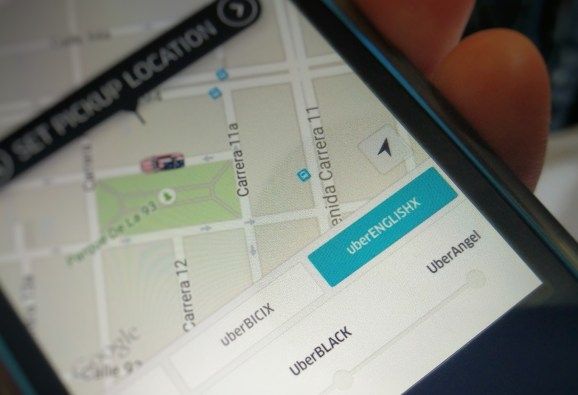 NEW YORK/CHICAGO (By Alexandria Sage and Mary Wisniewski, Reuters) — The deaths of six people in Kalamazoo, Michigan, who authorities say were shot by a driver for Uber Technologies Inc, have revived scrutiny over how the ride service vets its drivers, an issue that has plagued it for years.

Uber, which said it is cooperating with the police investigation, said its safety protocol is robust and adequate. The San Francisco company will not change the way it vets its drivers in the aftermath of the shooting, Chief Security Officer Joe Sullivan said Monday.

“If there is nothing on someone’s record, no background check will raise a red flag,” Sullivan told reporters on a conference call.

Jason Dalton, 45, who is being held without bail, had no prior criminal record and passed the company’s background check.

But critics, including taxi companies that compete with Uber, say the car service could do more to protect passengers.

Uber has been criticized over allegations of rapes and other assaults by its drivers around the world, and on Friday a former Uber driver in Boston was convicted of assaulting a passenger, according to the Boston Globe.

The company argues it takes safety seriously and has recently put more effort into discussing safety enhancements on its website.

Police are investigating reports that Dalton picked up fares in between the shootings, and Uber confirmed that one man had called 911 and the company over the “dangerous and erratic driving” of the suspect.

The company said in the United States, riders should call 911 in case of emergencies. It did not disclose the steps it took after the man contacted Uber.

Some critics wonder if Uber should have a more effective response system in real time.

“This driver was acting irrationally and operating his vehicle erratically … in the hours leading up to and between these senseless shootings,” said Gary Buffo, the president of the National Limousine Association.

Uber said that drivers found to be violent are immediately suspended. But because many riders complain about bad driving, which is subjective, reporting an incident will not immediately lead to suspension.

Uber said riders can have what it describes as “instant contact with Uber Support 24/7” for incidents between a rider and driver. But that contact is not in real time, and riders must call after the ride ends.

An “Incident Response Team” can also answer urgent issues, Uber said, regarding a “driver or rider (who) has acted dangerously or inappropriately” but again, this service is only available after the ride ends.

Uber rolled out a real-time “SOS button” late last year in India to allow riders to contact local law enforcement directly from the app in emergencies.

But in the United States, Uber said, that was not necessary because of the nation’s robust 911 system.

Critics also object to Uber’s online application process, which has no face-to-face interview. Competitor Lyft conducts a “welcome ride” with a mentor to provide extra screening.

Uber “never meets (drivers) in person to see if they get a strange vibe,” said Dave Sutton, a spokesman for Who’s Driving You, an arm of the Taxicab, Limousine and Paratransit Association.

Finally, unlike most major taxi-cab companies, Uber and Lyft’s background checks do not include a fingerprint check. Uber Chief Executive Officer Travis Kalanick has said these can be discriminatory, because the databases used for the check often include arrests and not just convictions.

Instead, Uber uses private companies for background checks, coupling that with feedback from riders to monitor drivers’ behavior. Uber rejects drivers with convictions in the previous seven years for drunk driving or reckless driving infractions and for felonies or misdemeanors involving theft, violence or drugs.

Sullivan said Dalton had “very favorable feedback” since beginning with Uber on Jan. 25.

Uber is being sued by the district attorneys of San Francisco and Los Angeles, who alleged last August that registered sex offenders, a kidnapper and a convicted murderer had passed its screening.

Earlier this month, Uber agreed to settle a class-action lawsuit for $28.5 million over allegations the company misrepresented the quality of its safety practices and fees.

As part of that settlement, Uber can no longer advertise its services using terminology like “strictest safety standards possible” and “background checks that exceed any local or national standard.”