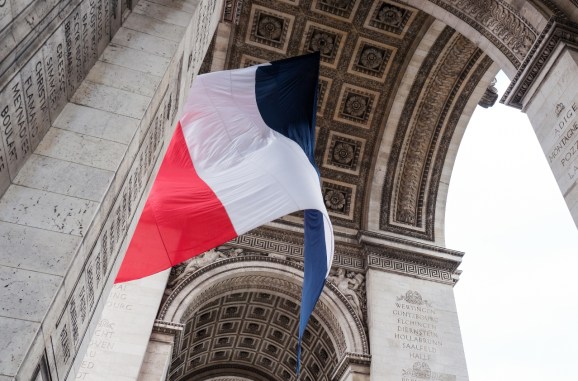 A new ranking of European Union member states by their technical progress has produced some surprising winners and losers and is sure to provoke heated debate.

Most notably, France, which has been investing loads of money into promoting itself as a forward-thinking, tech-savvy nation, was lumped in the lowest category — countries labeled “falling behind” because their current scores are below average and they are deemed to be progressing more slowly than their neighbors.

Other members of this category include: Bulgaria, Cyprus, the Czech Republic, Greece, Hungary, Poland, and Slovakia.

The Digital Economy and Society Index is a report by the European Commission measuring the progress of its 28 members states across five categories: Connectivity (cost and availability of broadband), digital skills of the workforce, Internet use for daily activities, adoption of digital technology (i.e., cloud services and ecommerce), and digital public services (e-government).

The European Commission published the report as part of its ongoing push to adopt reforms aimed at creating a Digital Single Market in Europe. While the EU has removed many physical borders across the continent, the digital realm remains fractured, with member states making many of their own rulings on issues like privacy, digital content, and ecommerce.

“More and more people, businesses and public services are going digital,” said Andrus Ansip, the commission’s vice president for the Digital Single Market, in a statement. “But too many of them still face problems such as a lack of high-speed Internet coverage or cross-border e-government, as well as difficulties in shopping and selling across borders. We need to fix this.”

While the DSM proposals are advancing slowly, the new index seeks to underscore the urgency of making these reforms.

In the case of France, the country was cited as being particularly “behind” in the category of Internet usage by average citizens in their daily lives. It seems relatively few people are doing things like taking online courses, reading news online, or searching for jobs online. The country also got dinged because many of its largest companies are seen as not embracing technology fast enough.

It should be noted that the report doesn’t seem to measure things like a nation’s startup ecosystem, entrepreneurship, or venture capital. Those are all areas that are receiving strong support from the French government these days. Also, somewhat ironically, the report comes a few weeks after the French government overwhelmingly passed a digital reform bill that it crowdsourced, which is certainly an innovative approach to lawmaking.

So who are the winners? In the category of “Running Ahead” the EC listed Austria, Estonia, Germany, Malta, the Netherlands, and Portugal. The inclusion of Germany and Estonia is hardly surprising. But it’s a nice boost for the Netherlands and Austria, which have been promoting themselves as tech hotspots.