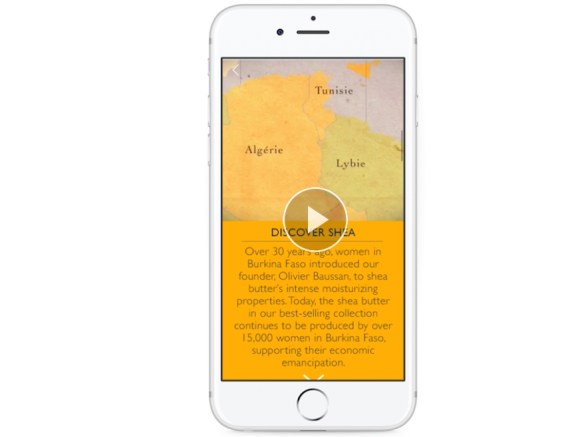 Facebook released its new interactive, full-screen mobile ad unit called Canvas last week. It gives advertisers an elegant, rich-media way to engage users directly within Facebook’s page. Agencies are already lapping it up and experimenting with it to showcase their products.

The Canvas ad unit is the latest move by Facebook to monetize its billion daily active users. It’s likely to be a winner, according to people we’ve talked with.

For now, some kinks still have to be ironed out. These sources say Canvas is not ready for the agencies or their advertiser clients looking to use it to drive direct, measured results. However, it could hit those expectations within the next three to six months, if advertisers are able to build the right creative and figure out how to track performance, they say.

It’s a “cool new toy” for agencies to play with, to drive brand awareness for clients, one source said, requesting anonymity. “It hasn’t been a seamless experience, there’s some lag time, once you click on it,” another source said. Some sources request anonymity when it comes to Facebook for fear of retribution. Facebook can be selective in choosing partners it does early experiments with.

However, some early testers were more open.

Sigal Bareket, founder of ad tech company Taptica, said her company is testing the unit. Facebook has shown a trend of releasing products early, and letting advertisers and agencies take time to develop them into tools that are ready for direct response purposes, she said.

Facebook’s original video ad unit, and then its Carousel unit — from which Canvas was derived — both took three to six months to get to a point where direct-response advertisers could use it, Bareket said. Now those video units are the strongest performing ads by far, and Carousel ads are high-performing too, she said.

Not quite there yet, for direct response

“It takes time to actually use these tools and see if they’re compatible with direct response,” she said. “It’s not there yet.” She said Taptica and its clients generally measure their success by how much the client’s app is used.

The Canvas ad, however, actually tends to keep users within the Facebook browser rather than sending people to the advertiser’s own page.

Indeed, Facebook and other companies with lots of audiences, including Pandora, are seeking ways to change metric standards. They prefer metrics such as engagement, or time-on-site, as opposed to clicks sent to an advertiser’s site. One reason is that many advertiser sites are slow to load on mobile, and users get frustrated and abandon those sites. By having ads interact wholly within the Facebook app, the ads can be preloaded and launch “nearly instantaneously,” the company said — or within a second.

In the unit, people can swipe through a carousel of images, tilt to view panoramic images, zoom in to view images in detail, watch videos, and respond to call-to-action buttons.

This is not a direct response format at all

Other testers agreed. “This is not a direct response format at all,” said Guillaume Lelait, U.S. managing director of Fetch, a mobile ad agency that has been quick to test Facebook ads. He said companies like game company King and several of Fetch’s clients, including Tencent and Runtastic, are trailing Canvas to see how well it will perform using app install metrics, “but that the unit isn’t really built to be a standalone ad unit. It’s good for showcasing, but not to drive an action.”

Facebook requires that the Canvas ads first be published on a brand’s Facebook page, and only people engaging with that brand’s page will see it. Only after this first step can an advertiser launch an external campaign to target users who have not previously already interacted with the advertiser. So advertisers can’t build links into the ad that point externally to their page, Lelait said. The links need to go to a mobile web landing page, which opens within Facebook’s native browser. He did say the units are very easy to put into place using the FB power editor.

So far, Facebook has listed several testimonials from advertisers who tested the product before last week’s launch. They cited things like better ad recall and engagement time.

This matches what early tester, MichaelAaron Flicker is president of ad agency XenoPsi, found last month, when he said in a VentureBeat guest post that the unit is best for story-telling in multiple mediums, grabbing imagery, and content broken into snack-able bites.

(We’ll be debating new ad engagement strategies at this year’s VentureBeat Mobile Summit, which will feature several working sessions around mobile advertising. Participants include executives from Runtastic and Fetch, early users of the Canvas ad unit. It takes place April 4-5 at the scenic Cavallo Point Resort in Sausalito, CA. Space is extremely limited — we’ve only got seats for a total of 180 executives — but it’s not too late to apply for one of the remaining seats.)