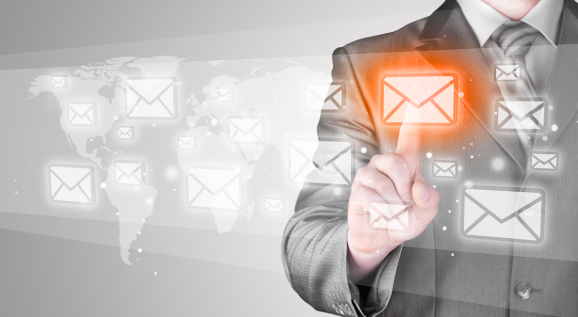 Don’t miss this opportunity to join VB analyst Jon Cifuentes and guest panelist Move Inc. CMO Nate Johnson as they drill down into the most important things you need from an email marketing platform — and which vendors are in greatest demand, and why.

Cloud email delivery provider SparkPost is announcing a free version of its transactional email service that will allow marketers and developers to send up to 100,000 emails per month. This is a considerable upgrade from the free 10,000 per month developer product announced earlier in the year. SparkPost already powers more than 25 percent of the world’s legitimate email –with clients like LinkedIn, Pinterest, and Groupon — making this a significant shift for the developer and mobile app ecosystem built around transactional email.

Transactional or “triggered” email is any email triggered by a user’s interaction with a web app (like a purchase receipt, LinkedIn notification, shopping cart email, etc.).

MailChimp is a veritable giant in the space and the current market leader, with over 40 percent total market share and thousands more customers joining each month. Late last week, the company informed customers who had been enjoying free use of Mandrill, its developer/transactional email platform, that they need to convert to paying MailChimp accounts. As you can imagine, this ticked more than a few developers off.

We’ve covered both solutions in our detailed guide to email marketing services. 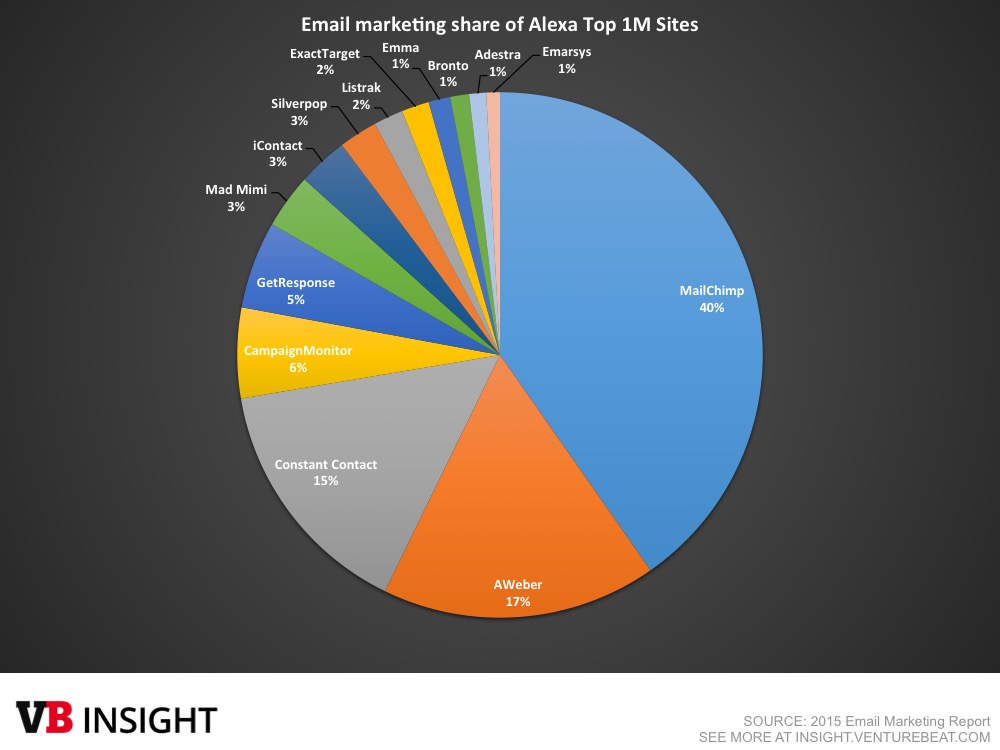 According to Datanyze, MailChimp completely dominates the transactional email market with its Mandrill product. It’s also shown impressive growth, with more than 800,000 users delivering more than 88 billion messages through the service in just the past 3 years.

But we expect this chart to shift dramatically over the course of the next few months. MailChimp’s messaging has been around moving Mandrill away from being a “dumb pipe” for simple transactions to instead focus on sending one-to-one, personalized emails through the service. As the need for smarter, more personalized messaging and marketing increases, MailChimp hopes to usher its developer community into the company’s core marketing tool to provide those personalization services.

But email marketing is likely too fragmented and complicated for things to play out quite like that. There are too many options for marketers, who can layer on segmentation tools like MailChimp offers but with more robust and ‘growth-hacker’-friendly features. An example can be found in fast-rising newcomer Iterable.

With companies like Pinterest moving toward personalizing every single message, mobile developers are uniquely positioned to play a critical role in customers’ developing relationship with email. In fact, over 50 percent of all email is now opened on a mobile device. Mobile devices are also rapidly becoming a critical component of online and in-store shopping, which means there’s a distinct need for triggered email services to scale faster. With worldwide email usage expected to grow by over 2.8 billion users in the next four years, email’s significance cannot be overstated.

As Len Shneyder, VP of industry relations at SparkPost, told me, “Email connects users to app developers, brands to consumers, and people to each other.” I don’t think that’s hyperbole. We all have some degree of connection to our email, whether it’s for work or play, on our mobile device or on desktop. We’re obsessive checkers of email.

SparkPost’s free play removes friction for developers and makes it as easy as possible for them to test new features and systems in their apps. With open rates dropping across so many app and retail category verticals, email as a channel is in desperate need of a rebrand. SparkPosts’s free access might be part of that solution, helping developers come up with the next great engagement solution.