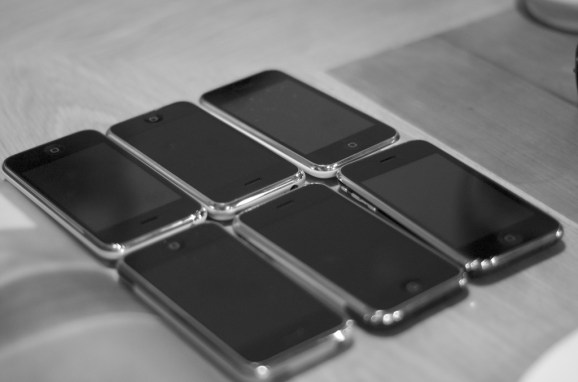 Several federal attorneys today filed a formal 51-page response to U.S. Magistrate Judge James Orenstein’s ruling in the Apple-FBI case. In short, Judge Orenstein came out against the government’s request to compel Apple to help it unlock San Bernardino shooter Syed Rizwan Farook’s iPhone. The attorneys criticized many of the points in Judge Orenstein’s order — which has been widely reported and was cited by U.S. representatives in a congressional hearing last week.

Judge Orenstein has been considering a separate but related case (involving access to another iPhone 5s), but he weighed in on the Farook case to discuss the All Writs Act that has been a key element of the government’s argument. One of the subjects Orenstein addressed was that there are other cases involving encrypted Apple devices also in possession of law enforcement, and that these will be affected by the ruling in the Farook case. This focus on the precedent-setting nature of the case was a major target for the attorneys today.

The government notes, however, that much of Judge Orenstein’s reasoning appears to be driven by a forward-looking concern for preventing future government abuse. … Judge Orenstein also appears to worry that, granting the specific relief requested in this case would compel the same ruling in other courts, in other cases, despite varying facts and circumstances and the discretionary nature of All Writs Act relief. Id. at 28. These concerns go far afield of the present case, and the Supreme Court has rejected using speculation about future harm as a basis to bar relief in a specific case. There is no basis for the Court to predict that the grant of the specific relief sought in this case — which has been previously granted in dozens of cases — would open the floodgates to different relief being granted in different cases, and no reason for this Court to rely on such a prediction to limit its own well-established All Writs Act authority.

The attorneys’ rebuttal to Judge Orenstein’s order specifically applies to the case that the judge has been considering, which involves Jun Feng, a resident of Queens, New York, who was indicted on charges of meth trafficking and whose iPhone 5s was taken by U.S. Drug Enforcement Administration (DEA) agents. The document calls into question many of the arguments the judge made against the application of the All Writs Act, in both that case and the case of the San Bernardino shooter.

The lawyers pointed to previous uses of the All Writs Act in courts and challenged Judge Orenstein’s interpretation of Congress’ reluctance to expand the government’s powers to use it here. “‘Congress cannot express its will by a failure to legislate,'” they wrote. “‘The act of refusing to enact a law (if that can be called an act) has utterly no legal effect, and thus utterly no place in a serious discussion of the law.'”

The attorneys also took the opportunity to state for the record that they did not believe requiring Apple to unlock an iPhone constituted an unreasonable burden on the company.

“Courts have relied on the All Writs Act to mandate third-party assistance with search warrants in circumstances far more burdensome than what is requested here,” they wrote.

While Judge Orenstein did admit that the burden wouldn’t be “substantial” in this particular case, he did consider how burdensome it would be for the company to deal with many requests to unlock iPhones, and it is this idea that the attorneys take particular exception to.

“Relying on unrelated applications to determine the burden posed by a particular All Writs Act application is especially troubling where no factual record has been developed regarding those other applications and the party to whom the order is addressed has conceded that the instant application would not be burdensome so long as it otherwise meets the legal standard,” they wrote.

For a full overview of the Apple-FBI case, check out our ongoing timeline.