Uber announced an interesting little nugget this week when it unveiled UberPassport — a new cross-border service that takes travelers from San Diego in southern California into the Mexican city of Tijuana, 20 miles to the south. It’s hardly a difficult or arduous journey to make — it’s one that millions of travelers have made for eons — but the news marked a milestone moment for the e-taxi service nonetheless. 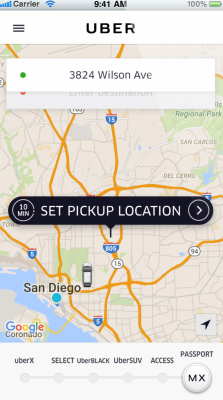 While the UberPassport service only works one-way for now due to regulatory restrictions, it signals a significant step forward for a company bent on becoming synonymous with all things transport.

Love it or loathe it, Uber’s growing omnipresence in hundreds of cities around the world is impossible to ignore. With more than $9 billion in funding, Uber has been able to expand rapidly into new markets, leading to countless protests and legislative hurdles in France, Spain, Mexico, Brazil, South Korea, and elsewhere as established taxi companies struggle to keep apace with the whirlwind onslaught of the smartphone-toting Uber generation. The Californian company isn’t only disrupting the traditional taxi industry, of course — it has also batted rivals such as Sidecar and Hailo out of its domestic U.S. market, with Hailo’s chairman firing a parting comment that Uber spends money like drunken sailors.

Uber’s behavior has been more than questionable at times — in places where its ride-sharing service has effectively been banned, such as in Australia and France, Uber has operated anyway and paid fines on behalf of the drivers. Not a great way to ingratiate yourself to local authorities, but it’s an effective means of gaining traction and building a big customer base. This week, Uber showed its cooperative side when it signed a deal with Moscow transport authorities to continue operating in the Russian capital, but in doing so Uber agreed to only use licensed taxis on its service — a small concession in the grand scheme of things as Uber strives for mindshare without facing the wrath of the Russian legal system.

But Uber has long expanded beyond simple A-to-B consumer transport. It is now getting into the logistics game in a big way with food delivery, for example, a service that expanded this week into San Francisco, Chicago, and Houston. Moreover, Uber usage in the business realm usurped taxis and rental cars for the first time in 2015, a trend that Uber has been capitalizing on with a range of business-focused tools, such as an expenses feature that automates the process of filing receipts with a rider’s boss.

Coupled with the fact that Uber is pushing its API out into the third-party ether, it’s perhaps something of a truism to say that Uber wants to own the very concept of “transport,” from drunken revelers and deliveries to airport transfers and, increasingly, tourism.

In some markets where Uber operates, there has been a dividing line between “locals” and “tourists.” In London, the famous Hackney black cabs have been undermined by the convenience and cost of Uber cars, but it is often said that while Uber is the preferred choice for Londoners, tourists still flock to black taxis. And this is partly why Uber has been trying to encourage black-cab drivers to use its app with incentives such as making it fee-free for a year — Uber’s popular, sure, but the charm of black taxis retains a special place in the hearts of millions. 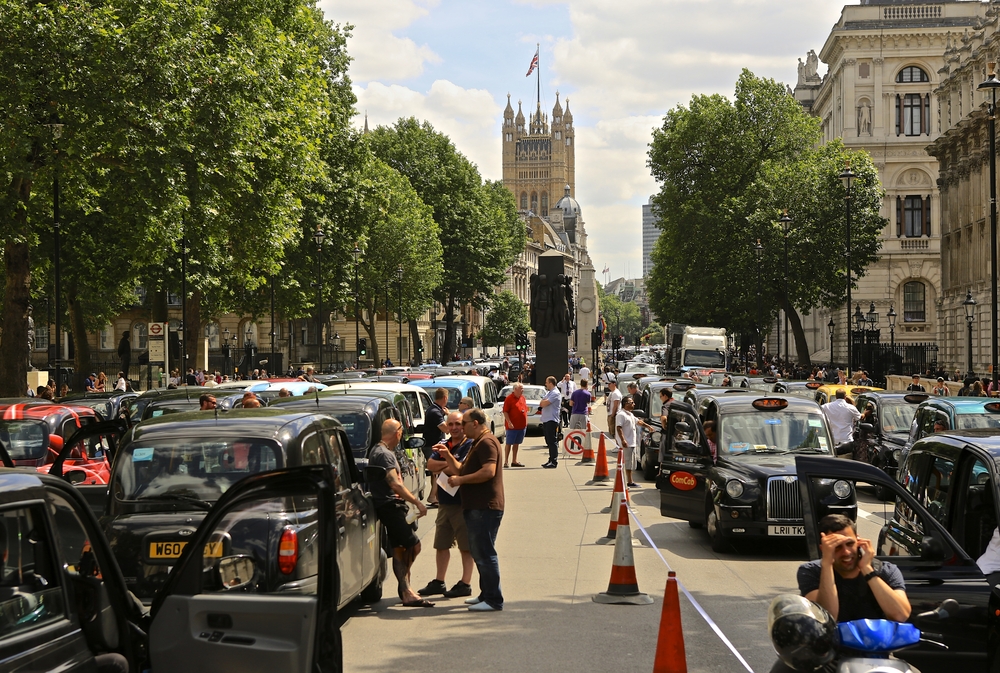 Elsewhere, Uber is reportedly losing $1 billion a year in China in the face of formidable competition and legislation, but the company is vying to capitalize on the lucrative tourism market both domestically and in neighboring regions. Indeed, back in January Uber announced a partnership to make it easier for Chinese residents to pay with their local RMB currency through their Alipay accounts in Hong Kong, Taiwan, and Macau, with plans to extend this to other parts of the world this year.

Beyond seamless payments, Uber has been increasingly addressing one other major stumbling block in the drive to target wandering travelers.

Back in September, the e-taxi service announced a partnership with language-learning platform Duolingo to help match English-speaking riders with English-speaking drivers. Kicking off in Colombia at first, the UberEnglish program expanded to Brazil last month, with those in the area able to select an option within the Uber app that would limit their driver pool to someone proficient in the English tongue. 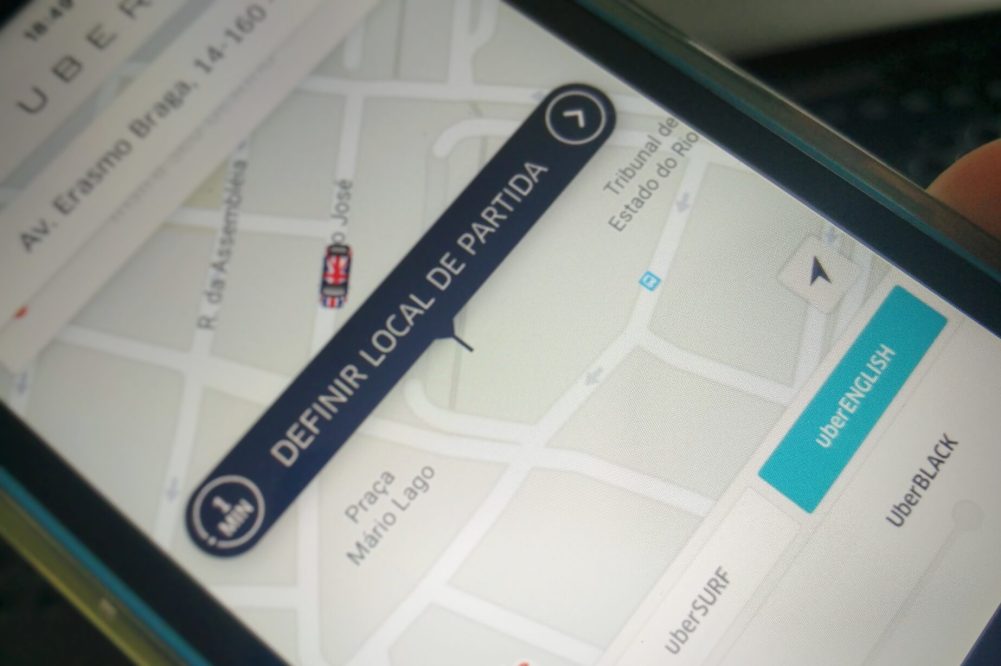 Given that English is the global lingua franca, the most commonly spoken second language used by millions to bridge linguistic divides, it makes sense for Uber to focus on offering English-speaking drivers to those who require it — with the Olympic Games coming up later this year in Rio de Janeiro, and the FIFA football World Cup in two years time, this could prove a useful feature. But more than that, UberEnglish also gives the company a notable advantage over local competitors who may not be able to promise bilingual drivers.

Uber has actually trialed a similar language offering before, having first introduced UberEnglish to Shanghai, but the company itself hand-picked the drivers — the manual process was hard to scale compared to Duolingo’s certification process. Elsewhere, Uber also offers an UberEspañol service in some U.S. cities for those seeking a Spanish-speaking driver, but again this is a manual vetting process.

The point to all these endeavors is for Uber to achieve true global scale while simultaneously circumventing cultural blockades, making travel as easy as possible for the user and keeping them on-board — as much as Uber wants to lure new users in new markets, it also wants to retain existing riders even when they’re out of town.

And this is why its first official international cross-border service is a notable evolution for Uber — it’s a symbolic step that ties in with what it has been doing these past few years with its multibillion-dollar global expansion. Of course, Uber riders have already been able to use cars between countries — there is technically nothing stopping someone in Paris getting an Uber car to Brussels, since people are free to travel across the European Union — but often the cities that Uber operates in are a considerable distance from national borders, making such journeys preclusively expensive.

As an interesting side note, an Uber spokesperson told VentureBeat that it often sees Uber app launches in the Gulf of Finland, a small portion of the Baltic Sea that separates Finland from Estonia. The reason? Passengers traveling by ferry to the Estonian capital of Tallinn from Helsinki so they have a car waiting for them on arrival. 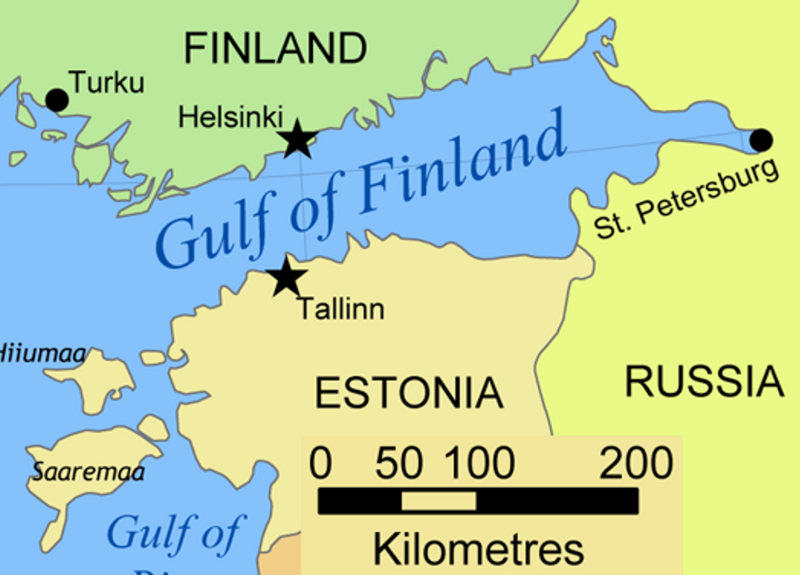 Above: Gulf of Finland

But there is a genuine market to serve between San Diego and Tijuana — thousands already make that journey each day, making the land-crossing between the two countries a sensible choice for the company’s first official foray into cross-border taxi services.

“While there are many places we could have launched this product, we recognize the importance of the largest border crossing in the world and the unique relationship between San Diego and Tijuana — sister cities whose family, culture and economies are closely linked,” Uber explained in a blog post. “UberPassport is a new way to foster cross-border business opportunities by facilitating accessible and reliable transportation from San Diego to Tijuana with the convenience that San Diegans have come to expect from the Uber app.”