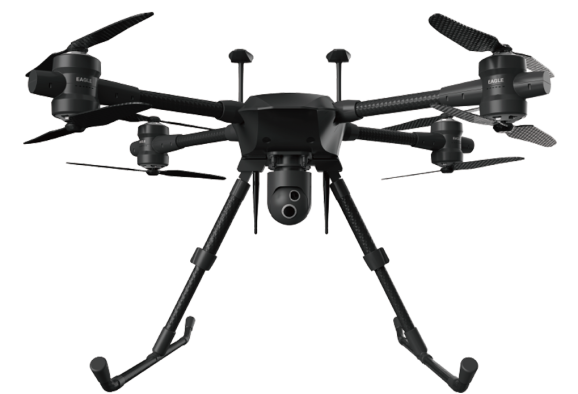 With the number of tech startups growing each year, and increasing competition from around the world, startups are finding it increasingly tough to break out from the noise.

It’s hard for them to get in front of potential investors, execs, customers and the media, as they struggle to find a foothold in the market.

One of the best breakout opportunities is coming up next month in San Jose, when 12 startups will take the stage in front of an audience of technology executives to compete for $100,000 and the exposure that comes with winning Nvidia’s Early Stage Challenge.

The Early Stage Challenge, an event at the Emerging Companies Summit (ECS), is designed for start-ups in the GPU ecosystem that are ready to expand their visibility and demonstrate their potential to investors.

“We’ve been working with startups for many years,” says Jeff Herbst, VP of business development at Nvidia.

“What’s become clear is that a few people in a small company, with a few GPUs, can do amazing things.”

No question, Herbst is passionate about the opportunities that ECS provides to GPU startups. “We’ve had hundreds of companies at different stages of development come to ECS over the years,” he says. “They get a big boost in exposure, they get valuable feedback and insights, and many have become incredibly successful, like Oculus Rift and Natural Motion.”

Companies that apply to compete in the Early Stage Challenge must not have raised more than $1 million in seed funding. A four-person committee from Nvida, which puts on the event, sifts through more than 100 applications that come in from all over the globe.

Only 15 to 20 companies make the final cut, which then get pared down to a dozen finalists who present at the conference. “Getting from 20 to 12 is the hardest part,” Herbst says.

The overriding criteria comes down to two main fundamentals: Is there a big market to support this idea? And are they trying to solve an important problem within that market?

“We’re looking for the company that has the best prospects for commercial success,” Herbst says. “We’re looking for innovation that can be commercialized in a meaningful and profitable way. Even though we might see a great technology, if it doesn’t have a big market opportunity, or a good business plan, or good people behind it, we wouldn’t select them.”

The challenge, he says, is that at this stage, these companies often still struggle with marketing.

“We’re willing, in this selection process, to look for the diamonds in the rough,” he continues. But it all comes back to the company with the best economic prospects.

For the Early Stage Challenge, each CEO will have four minutes to present their tech and business plan live onstage, and then face four minutes of questions from an expert panel, which includes tech pundit Rob Enderle; Brandon Farwell, partner at Rothenberg Ventures; George Hoyem, partner at In-Q-Tel; and Herbst.

Once the last competitor has finished, the panel and audience votes, and the winner gets $100,000 on the spot.

The cash is clearly a great perk. But the real reward is the visibility each startup gains — not just in front of a live audience of investors, developers and tech writers, but also the opportunity to meet, share and educate, bathe in the buzz, and gain insight into the tech and investor ecosystem they’re diving into.

This year’s competitors — from across North America, Europe, India, and Asia — are the most diverse Herbst has seen. It’s a clear sign that entrepreneurship and innovation is becoming more global in nature.

It also indicates that the GPU ecosystem is broadening, increasing opportunities for investors and entrepreneurs.

The third annual Early Stage Challenge will take place from 2-5 pm on April 6 at the San Jose Convention Center. Overall 95 startups will participate in the Emerging Companies Summit, which takes place during the GPU Technology Conference.

The companies competing in this year’s Early Stage Challenge are (in order of appearance):

Intelligent Voice (U.K.) — Offers speech-to-text technology and analysis of unstructured communications for compliance purposes, including the collection, processing, and analysis of audio and other data types. 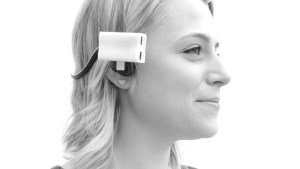 Hypercubes (U.S.) — Develops satellites that reveal unprecedented details of Earth, with the ability to remotely classify chemical compositions for applications such as precision farming, mining, and oil and gas operations.

TempoQuest (U.S.) — Develops software as a service to meet the need for faster, more accurate weather forecasts for commercial users and government agencies.

Sadako (Spain) — Develops a robot that uses computer vision, deep learning, and careful manipulation to sort household waste, enabling the recovery of materials such as PET and HDPE plastic at lower costs than alternatives.

Entropix (U.S.) — Enables inexpensive cameras like those in smartphones and drones to capture extremely high-resolution images at up to 8K. 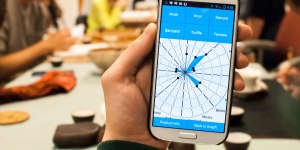