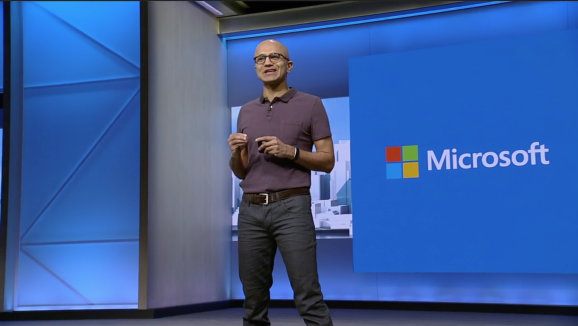 Microsoft today is introducing the Bot Framework, a new tool in preview to help developers build their own chatbots for their applications. There is also a new bot directory full of sample bots — like the BuildBot — that Microsoft is showing off today at the company’s Build developer conference in San Francisco.

A BotBuilder software development kit (SDK) is available on GitHub under an open source MIT license. These bots can be implemented into a variety of applications, including Slack or Telegram or text messages or even email.

“Bots are like new applications,” Microsoft chief executive Satya Nadella said. “And digital assistants are meta apps, or like the new browsers. And intelligence is infused into all of your interactions. That’s the rich platform that we have.”

The launch comes after Microsoft revealed its Chinese-speaking XiaoIce chatbot in 2014 and more recently the youth-focused Tay chatbot, which Microsoft yanked after the bot learned how to say racist things as a result of user input. But Microsoft is not deterred by the incident.

Not that Microsoft is the only company investing in bots as products. Team communication app Slack comes with a Slackbot out of the box, and it’s been encouraging the development of many more bots by backing the Botkit open source framework. Google, which has AI talent and technology at least as considerable as Microsoft, is reported to be building an AI-powered chat service. M is a chatbot inside Facebook’s Messenger messaging app that, at least early in its life, derives its knowledge from humans training it.

And, of course, before all this, there was SmarterChild on AOL Instant Messenger.

“It’s a simple concept, yet it’s very powerful in its impact,” Nadella said. “It’s about taking the power of human language and applying it more pervasively to all of our computing. That means we need to infuse into our computers and computing intelligence — intelligence about us and our context, and by doing so we think this can have as profound an impact as previous platforms.” Specifically, the graphical user interface (GUI), Web, and touch on mobile devices, according to Nadella.