Phil Spencer, head of Xbox, reinforced MIcrosoft’s mantra to developers today: Windows has been open, and it will stay open, when it comes to app developers and game creators. He made the announcement during Microsoft’s Build conference in San Francisco.

In doing so, he joined a chorus of voices saying that Windows is open. Spencer made his first appearance at a Build event to reassure developers after Tim Sweeney, CEO of Epic Games, raised concerns earlier in March about the openness of Windows 10 and Microsoft’s apparent moves to close off the platform in the future.

“Windows is and will continue to be an open ecosystem where anyone can build, deploy, sell, and service their games and applications,” Spencer said.

Microsoft kicked off its discussion of Microsoft’s games strategy with a video of Turn 10 Studios’ Forza racing game. It showed the Forza Motorsport 6 Apex game, which is available in the Windows store for free for Windows 10 users. All games will be available for both Windows 10 and Xbox in the future. Sweeney said he is still analyzing the talks and is awaiting technical details before he can offer a comment.

The future of Windows — and Microsoft’s stewardship of it — was called into question a few weeks ago by Tim Sweeney, CEO of Gears of War creator Epic Games and one of the best-known technical experts in the game industry. He stirred up a big debate about the future of Windows in an op-ed piece in the Guardian. Sweeney said that he worries that Microsoft is making it hard for developers to create games and programs that do not use its Windows app store — and that move could close off what to date has been an open platform. 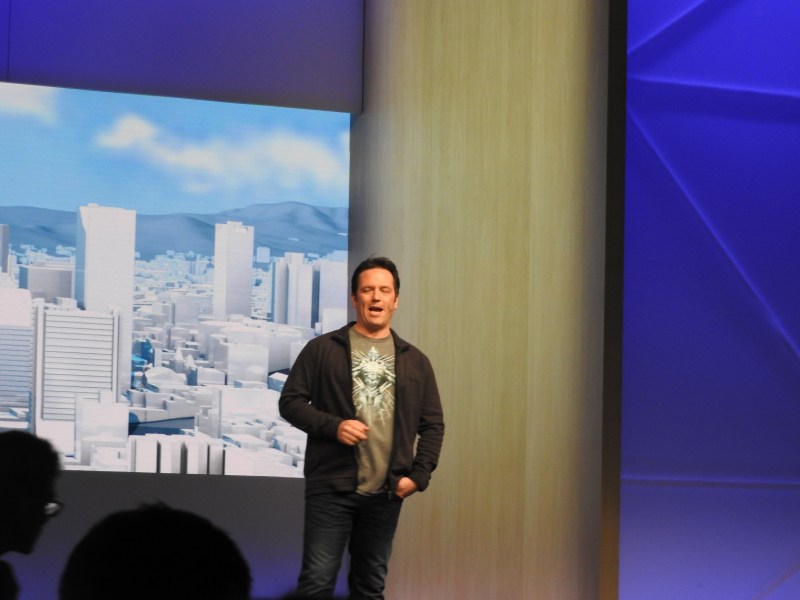 He noted that every retail Xbox One will become a development kit starting this summer.

He showed The Witcher 3: Wild Hunt both in Win32 and converted to run on Windows 10’s Universal Windows Platform as a “modern desktop application.”

And he said Microsoft will bring Cortana to Xbox One, disable V-sync in favor of G-sync, and add support for overlays, modding, and more.

“We heard feedback of the PC gaming community loud and clear,” Spencer said.

“It’s the fastest adoption of any DirectX in history,” he said. 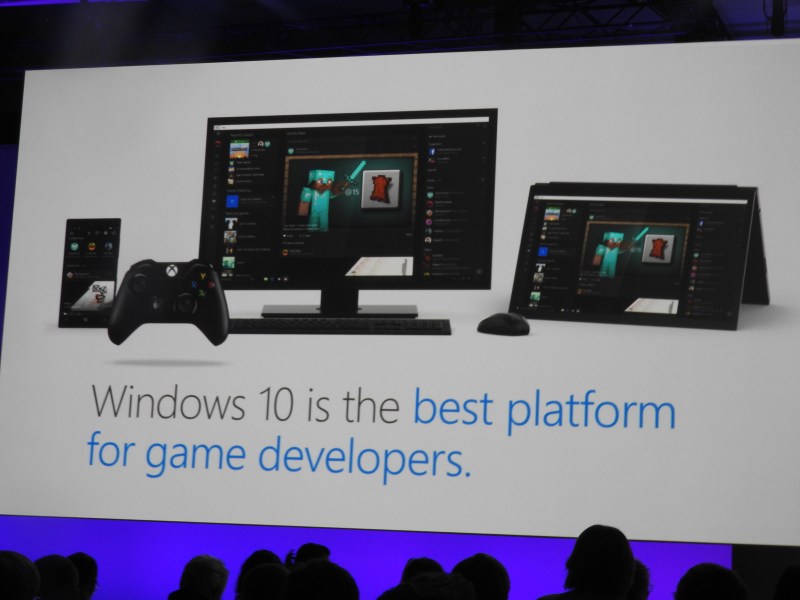 Above: Microsoft says Windows 10 is open, and the best platform for game makers.