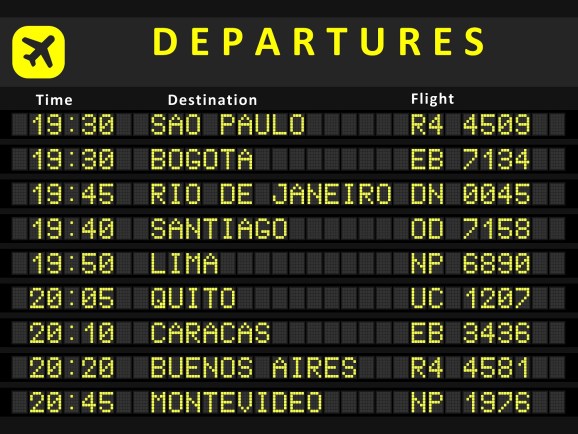 There’s a new twist in America’s 20-plus-year outsourcing narrative. U.S. companies have historically looked to India for cost-effective programming talent, and more recently to Eastern Europe for mobile development. But these days, more and more IT jobs are being outsourced in a new direction: south.

A number of trends in Latin America have created a growing pool of IT talent. The continent’s 400 million-strong population has seen Internet usage grow by 1644.3 percent over the last 15 years, with an Internet penetration rate in 2015 of 61 percent (the global average is 45 percent). There’s also a growing number of startups (a.k.a. “TechnoLatinas”) in the region. Programs like Startup Chile have backed over 1,000 startups, while Colombian business development bank Bancoldex has raised $500 million to spur economic development through young companies.

U.S.-based technical marketplaces like Toptal, publicly traded Globant, and the company I founded, Scalable Path, are increasingly looking to Latin America as a possible offshore center for development — and with good reason. The smaller time difference and less drastic cultural differences can mean better cooperation, lower employee turnover, and more success at meeting key performance indicators than other markets can offer.

Here’s a closer look at the reasons Latin America is becoming a strong alternative for U.S. tech development:

1. Time zone: One of the biggest challenges of working with personnel in India or China has been the large time zone difference. There’s a 13.5-hour difference between the U.S. and Bangalore. By comparison, time zone differences between the U.S. and Latin America are negligible: Colombia is on Eastern Time, while Argentina is only two hours earlier. This allows synchronous communication and reduced response times between teams, enabling them to resolve issues quickly. When face-to-face meetings are a must, travel within similar time zones is less painful. I’ve dealt first-hand with the challenges of working across distant time zones while managing a team of software developers in India. Those in India had to stay up until midnight in order to join conference calls with the U.S., and our communication suffered. By contrast, when working with developers in South America, we can chat on Slack or hop on a Skype call whenever the need arises.

4. English proficiency: According to the EF English Proficiency Index 2015, a number of Latin American countries — including Peru, Chile, Ecuador, Mexico and Brazil — have surpassed China in English proficiency. And more English-speaking Latin Americans could be coming: In 2013, President Barack Obama launched the 100,000 Strong in the Americas program to expand educational exchanges in higher learning by doubling the number of exchange students between the U.S. and Mexico. Latin America, with its countries investing more in English language training, may one day be the top destination for outsourcing services.

5. Tech talent numbers: The quantity and quality of Latin American tech talent has seen a significant rise over the last few years. According to Stack Overflow, a site for programmers with 4.7 million users, the average reputation of top users is higher for Latin American countries like Peru (24,809), Colombia (21,064), Chile (18,080), Argentina (16,500), and Brazil (14,150) than for India (13,882) and China (13,236). Even though India boasts a larger number of top users, the quality of developers in Latin America is higher or on par with Indian programmers.

6. Culture: The cultures of the United States and Latin America were both strongly influenced by European civilization. And while there are strong cultural differences, certain similarities do extend into the work styles and business approaches across the continents, making it somewhat easier to collaborate.

Latin American developers seem to be more assertive and creative, viewing the relationship more as a partnership rather than a hierarchical client/worker relationship. For example, Latin American developers are more likely to give important feedback like “actually, that can’t be completed by your desired deadline” despite the risk of conflict, while in places like India, developers may have a more difficult time voicing important concerns early on.

7. Fastest-growing outsourcing market: As the global market for offshoring services expands, Latin America seems to be growing most rapidly, with Brazil, Colombia, and Chile leading the way. According to a 2014 KPMG study, while Latin America’s outsourcing industry currently represents only 5 percent of global spending, or around $7 billion, its annual growth rate through 2017 is projected to average nearly 10 percent, up from 5.3 percent in 2013.

Most of the Latin American economies continue to expand at a steady pace, although they’ve been affected by political instability, language barriers, and a general inequality with supply and demand. Despite these challenges, Latin America has emerged with great promise as a destination for offshore services.

Damien Filiatrault is founder of development-outsourcing firm Scalable Path. Previously, he headed PHP development at SolutionSet, where he spent a five-month period in Goa, India managing a team of software developers. He has also held sales and marketing positions at other San Francisco technology companies, including Evite and CNET Networks.