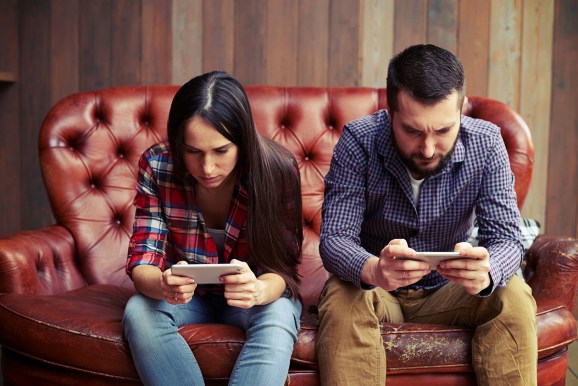 As mobile entrepreneurs, we’d like to think our products make the world a better place. We generally believe that smartphones and mobile apps empower and connect us. Rarely though do we point the magnifying glass at ourselves and ask whether the products and services we deliver are, in fact, doing social good or ill.

The unfortunate truth is that some apps are addictive. What some people call a “habit” is actually a mentally destructive behavior. At massive scale, those behaviors can lead to real social consequences. While it might be convenient to blame users for mobile abuse, I doubt they understand the addictive power of their apps.

In 2015, Sang Pil Han, professor of Information Systems at Arizona State University, teamed up with researchers from Korea Advanced Institute of Science and Technology to study social apps and addiction. They looked at the use of Facebook and Anipang, a popular Korean mobile game, among smartphone owners in Korea. They found that “In terms of addictiveness, [mobile social apps] more considerably foster dependency than do cocaine and alcohol, but are less addictive than caffeine and cigarettes.”

Like food, drugs, and gambling – other things best enjoyed in moderation – certain apps give us hits of dopamine. Posting information about yourself on social media and gaming both release the neurotransmitter. Done excessively, these behaviors physically change us.

Specifically, a literature review of 13 MRI studies found that people diagnosed with an Internet Addiction Disorder (IAD) exhibit “brain abnormalities” characterized by reduced levels of dopamine transporters. That’s a nice way of saying they have brain damage. Their brains resemble those of drug addicts and compulsive gamblers.

Sree Jadapalle, MD, the psychiatry researcher behind the review, estimated that as many as 26.3 percent of American youth have IAD, which would make it more prevalent than alcohol and drug disorders in that age cohort. She noted that researchers have found significant correlations between IAD and depression, suicidal behavior, obsessive-compulsive disorder, eating disorders, ADD, and other addictions.

Internet Addiction Disorder is anything but innocuous. In a chapter from Innovations in Clinical Practice (Volume 17), Dr. Kimberly S. Young highlights the familial, academic, and occupational consequences of IAD. This is a mental illness that breaks apart families, ruins students, and gets people fired. But as Young warns, “Since this is a new and often laughed about addiction, individuals are reluctant to seek out treatment fearing that clinicians may not take their complaints seriously.”

Who can blame people for feeling that way? James E. Short, a researcher at the San Diego Supercomputer Center, estimated that Americans would consume 1.7 trillion hours of traditional and digital media in 2015, averaging 15.5 hours per person per day. When that’s the norm, it’s extremely hard to distinguish between habit and abuse.

Mobile devices are tools – they are not good or bad, but they are ubiquitous and set us up for continuous access and interruption, which is a dangerous combination. And we know that some apps are more or less addictive.

Mixpanel, a mobile analytics company, created a report called Addiction that looks at how often people use an app throughout the day. The company’s report (which frames app addiction as a positive trend, given the revenues this behavior generates for app makers) suggests that social apps take the cake for addiction. In 2014, 50 percent of social users spent at least five hours per day social networking, and the top 20 percent spent upwards of eight hours daily. Some users checked social apps every waking hour of the day. Messaging apps were found to be less addictive than social apps, and media apps were the least addictive.

“Your ideal customers are the people who engage with your product at least once every day – better still if they’re using it constantly,” the Mixpanel report asserts. And that’s certainly the accepted sentiment in the tech community.

But if constant immersion in mobile apps isn’t destructive, then I’m not sure what is. And it’s nauseating to celebrate habits that print money for developers while dooming some of their users to mental, physical, and social harm.

Apps are addictive by intention, not by accident. Hooked: How to Build Habit-Forming Products, the well-known book by user experience expert Nir Eyal, was a hit because it showed developers exactly how to create addictions. Yet readers often forget that Eyal gave ethical guidelines for using this “superpower,” as he termed it. In his blog, he writes that “Standing idly by while reaping the rewards of users abusing their product is no longer acceptable — it is exploitation.”

I couldn’t agree more. Rather than champion addiction – and the societal damage it causes – let’s protect our users and take ownership of this threat. To do this, we must first make a distinction between “capped use apps” and ‘“uncapped use apps.” Capped use apps create light habits, like meditating daily or reviewing your to-do list each morning. They don’t encourage continuous, unlimited binging. They don’t abuse our dopamine reward system.

Uncapped use apps – those that encourage people to use the app as much as possible, without limit – have the potential to spur and feed addictions. With such apps, ethical developers could protect users in two effective ways:

1. Uncapped use apps should send a weekly usage report to the top 20 percent of users – those who log in most frequently and spend the most time interacting with the app. Focusing on the top 20 percent can create self-awareness and help prevent addictions. This report should show a) how many times per day the user logged in, and b) how many hours per day they spent interacting with the app.

The usage report should also include a warning, such as: “You are receiving this email because you use our app significantly more than the general population. We deeply value your enthusiasm for our app, but it is our responsibility to warn you that Internet applications have the potential to form addictions. If you feel that our application has had a negative impact on your career, education, relationships, and mental wellness, we encourage you to seek professional help.”

2. Uncapped use apps should include self-regulation tools (and link to them in the weekly report). Perhaps you’ve heard of Freedom and Anti-Social. The former blocks your access to the Internet for a predetermined amount of time, and the latter blocks your access to specific websites (typically social networking sites). Uncapped use apps should provide similar tools that enable users to a) limit daily log ins, and b) limit total daily time in the application.

Here’s a fair question: What developer would actually implement these measures when addicted users are worth so much revenue and inflate engagement statistics?

Hopefully, developers want to take responsibility, but if not, Apple and Google could make these requirements for entry into their app stores. Just as they set stringent guidelines for design and functionality, they could require addiction reports and self-regulation tools, too.

Apple has shown its commitment to security and user privacy throughout its confrontation with the FBI over unlocking phones. Perhaps the company would be willing to show equal dedication to the mental health and wellbeing of its customers.

Internet and mobile addictions are no myth. They have social consequences that affect our friends, family, and coworkers. Bars cut off customers who have had too much to drink. We should take responsibility for users who app too hard.