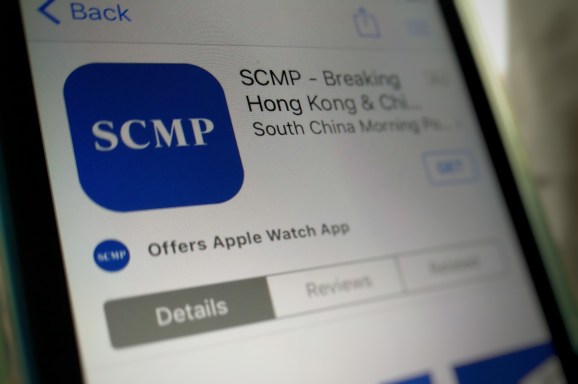 The Hong Kong-based South China Morning Post (SCMP), one of the most influential independent English-language newspapers in the region, has announced that it’s removing its online paywall from 6 p.m. (local time) today, after having had it in place for ten years.

The move comes almost four months after Chinese tech titan Alibaba acquired the 113-year-old publication as part of its efforts to “influence the West’s perception of China.”  “Our business is so rooted in China, and touches so many aspects of the Chinese economy, that when people don’t really understand China and have the wrong perception of China, they also have a lot of misconceptions about Alibaba,” said Joseph Tsai, executive vice chairman at Alibaba, at the time. “What’s good for China is also good for Alibaba.”

The acquisition was given formal approval from SCMP Group shareholders on March 14, and Alibaba has wasted little time in making its mark on the publication — the removal of the paywall will ultimately let millions more people around the world read about local affairs.

Though Alibaba has maintained that the SCMP will retain editorial independence, it’s difficult to see how that will be the case. Alibaba has already said it is looking to change perceptions in the West — due to the impact negative press about China has had on the company’s shares. (For the record, the company trades on the New York Stock Exchange.)

It was an interesting acquisition by Alibaba to begin with, and is indicative not only of newspapers’ struggles to monetize in the age of the Internet, but also of the status of the SCMP. The paper remains one of the few local titles with global reach that is not subject to China’s notorious state censorship.

“With the paywall removal, it paves the way for the SCMP to grow its readership globally,” explained Tammy Tam, editor in chief of the SCMP. “It is our firm belief that as China plays an increasingly critical role in world politics and the economy, a global community of China stakeholders will demand insightful and trusted news and commentaries from a within-the-region perspective.”

Alongside the removal of the paywall today, the SCMP is also launching an upgraded mobile app with faster loading, search, and deep-link support, meaning that links to stories shared on social media can be opened directly within the app.

The SCMP acquisition comes more than two years after Alibaba’s American competitor Amazon became firmly aligned with the newspaper space. This was the result of founder and CEO Jeff Bezos’ acquisition of the Washington Post for $250 million back in 2013. But while Alibaba has made no real secret of its intentions to use the SCMP as a soapbox, it seems Bezos is more interested in proving he can reinvent a legacy media brand for the Internet age.