Massachusetts General Hospital is buying into deep learning artificial intelligence, and it will use Nvidia’s new DGX-1 deep-learning supercomputer that was announced today.

Nvidia is partnering with the MGH Clinical Data Science Center, which wants to advance health care with AI to improve the detection, diagnosis, treatment, and management of diseases.

“Deep learning is revolutionizing a wide range of scientific fields,” said Jen-Hsun Huang, CEO of Nvidia, at the company’s GPUTech event in San Jose, California, today. “There could be no more important application of this new capability than improving patient care. This work will one day benefit millions of people by extending the capabilities of physicians with an incredibly powerful new tool.”

Massachusetts General Hospital runs the largest hospital-based research program in the United States, and is the top-ranked hospital on this year’s U.S. News and World Report‘s “Best Hospitals” list. The center will train a deep neural network using Mass General’s vast stores of phenotypic, genetics, and imaging data. The hospital has a database containing some 10 billion medical images.

To do this, it will use the Nvidia DGX-1 — a supercomputer designed for AI applications.

Using AI, physicians can compare a patient’s symptoms, tests, and history with insight from a vast population of other patients. Initially, the MGH Clinical Data Science Center will focus on the fields of radiology and pathology — which are particularly rich in images and data — and then expand into genomics and electronic health records.

“We now have the ability to expand the field of radiology beyond its predominant state of providing visualization for human interpretation,” said Keith J. Dreyer, vice chairman of Radiology at Mass General and executive director of the center, in a statement. “Guided by precision healthcare, we are entering the radiological era of biometric quantification, where our interpretations will be enhanced by algorithms learned from the diagnostic data of vast patient populations. Without the processing capabilities of GPUs, this would not be possible.” 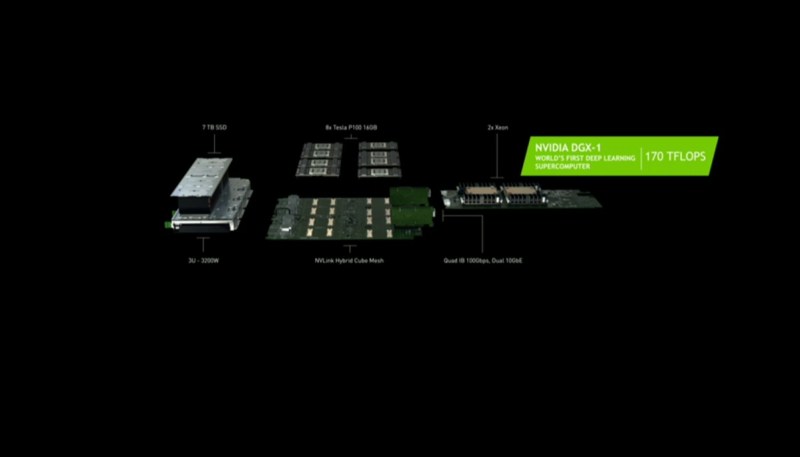 Above: The DGX-1 supercomputer from Nvidia