The last thing Jon von Tetzchner wanted to do after stepping down as CEO of Opera Software in 2010 was to talk or think or hear about Internet browsers.

Despite devoting most of his two decades at Opera developing its Internet browser, von Tetzchner said after leaving the game he became more convinced than ever that there was a large group of users hungry for a different experience.

Simply put, von Tetzchner felt many leading browsers were stripping away features to simplify the experience. He decided to head in the opposite direction with a new browser packed full of new tricks and personalization options.

“There is really a need for a different kind of product in the market,” von Tetzchner said in an interview. “And so we decided to build a browser with rich functionality.”

Vivaldi has been available in various updates for developers for several months now. At launch of the official Version 1.0 today, Vivaldi includes:

Von Tetzchner said over time, many companies had found that most people don’t use most features. And so they began to strip out various functions.

After leaving Opera, von Tetzchner said he started hearing from people that they were missing a more complex browser with more options.

“There were a number of people who were frustrated by the decisions,” he said. “As everyone moves in the same direction, it’s natural not everyone wants the same browsers. So we want to build a browser that is rich in personality.”

While von Tetzchner is based in Boston these days, most of the company is split between Iceland (where he was born) and Norway, where Opera is also based.

For now, von Tetzchner said he is funding the company himself, so he can maintain control. And he is optimistic about revenue from partnerships like search (Microsoft’s Bing is the default search option when you download and install the browser).

Without a huge marketing budget, he’s also counting on users becoming passionate about Vivaldi to help it find an audience.

“A lot of it is about word of mouth,” he said. “And that’s how we built things at Opera. And Opera has 350 million users. From that perspective, I think we can do it again.” 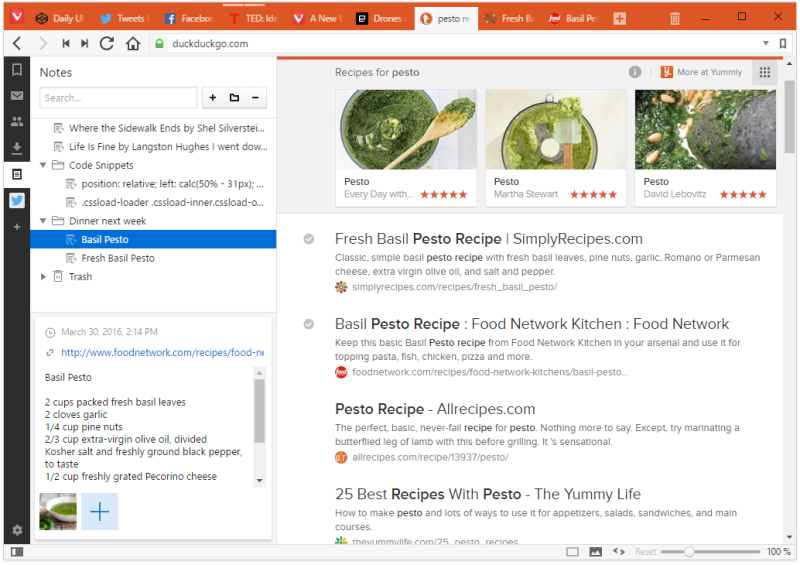