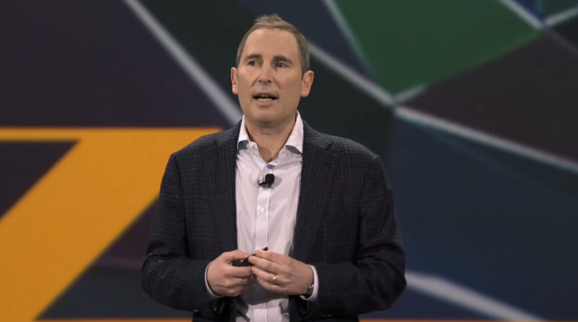 Amazon today announced that the head of Amazon Web Services (AWS), Andy Jassy, has finally been promoted to chief executive of that Amazon business unit. AWS is now the market leader of the public cloud business, and Jassy has been the face of the company. Now he’s is getting the very well-deserved CEO title.

Meanwhile, Jeff Wilke has been named chief executive of worldwide consumer for Amazon.

“This is not a reorganization but rather a recognition of the roles they’ve played for a while,” Amazon said in a blog post. Until today, Jassy was only a senior vice president.

AWS is 10 years old now. Jassy spent plenty of time with Amazon CEO Jeff Bezos and has managed to scale AWS into a business that generated nearly $2.5 billion in revenue in a single quarter. The business is without a doubt a bright spot on Amazon’s quarterly earnings statements as it brings in considerable operating income in contrast to the rest of Amazon, which historically loses money in pursuit of long-term growth.