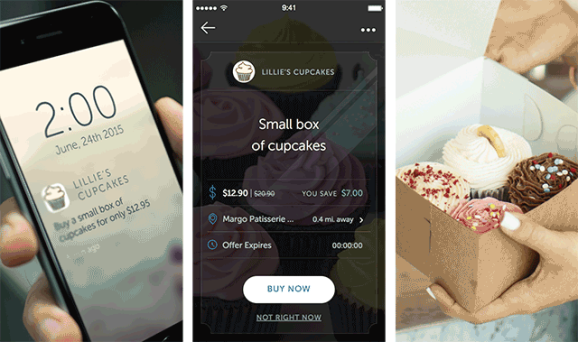 Loyalty can be a tough metric to master. It can also make or break your business. Once you can accurately calculate customer acquisition costs and lifetime value in a reliable way, you’re an investment away from achieving scale. In a modern marketing ecosystem with 1-1 engagement becoming the rule rather than exception, the old “buy ten get one free” punch cards of yore won’t cut it. Grubhub CMO Barbara Martin Coppola explained earlier this week at VentureBeat’s Mobile Summit that anticipating your customers’ next steps by developing a real-time feedback loop was critical to sustaining growth in mobile.

In fact, flok — formerly LoyalBlocks, one of the first loyalty apps — recently surveyed its customers and discovered more of them prefer personalized services over freebies (70 percent). Flok serves over 100,000 businesses in the U.S. and Canada. In their new loyalty app platform, they discovered that creating loyalty wasn’t about incentivizing customers with discounts, but creating conversations that drive sales for the business. 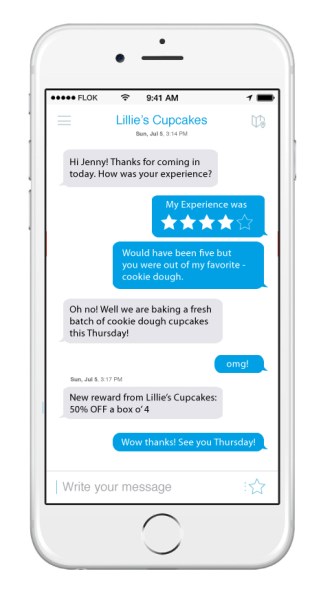 Flok is essentially a platform that allows small brick-and-mortar businesses to easily create their own customized experience to do more than just give customers incentives (which is proven to drive return visits). Flok uses intelligent and automated features, like understanding where customers are relative to a business’s location and pinging them with deals that make sense for them.

Flok analyzed thousands of data points in their network over the past year and showed customer interaction actually increased when sent automated, personalized messages instead of manual push messages or emails. For example:

Of course, it makes little sense for a small business owner who’s busy, you know, running a business to spend time managing a loyalty program, chatting with all these customers. “Flok runs in the background, employing an advanced automation engine to manage customer relationships — automatic chats, messages, rewards, incentives, and reminders across several mediums (app, push notifications, chat, email). This removes the need to manage the program on a daily basis,” Ido Gaver, cofounder and CEO of flok, told me in an email.

Of course, there are many other players that have emerged in this space over the past few years. The winner is likely to emerge based on 1) how easy it is for merchants to set it up, which is based on 2) how well the AI works. Flok is continually working to improve their AI by developing smarter ways for merchants to handle incoming chats.

Flok is also pretty well-positioned to take advantage of the explosive growth potential in mobile commerce. According to Statista, U.S. mobile retail revenues are expected to exceed $130.12 billion, up from $56.67 billion in 2014. A recent eMarketer forecast projects that 95 million Americans ages 14 and older, or over half of all digital buyers, will make at least one purchase via a smartphone in 2017.

Flok is based in New York City, with offices in Tel Aviv, with over $18 million in funding from top tier venture firms including General Catalyst Partners (Warby Parker, Snapchat, and Boxee) and Gemini Israel Ventures (Primesense, Outbrain). Companies like The Salvation Army, Subway, and Pet Paradise use flok to communicate with customers.