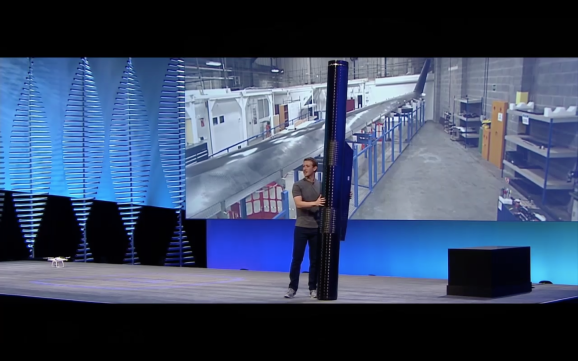 Facebook said that it’s moving forward with efforts to connect the rest of the world to the Internet. Chief executive Mark Zuckerberg revealed that the company’s Internet.org program has made progress and will be launching its first satellite in the next few months. In addition, its Free Basics initiative has now helped more than 25 million people around the world get online.

To move the needle further, Facebook announced the launch of its Free Basics simulator for developers, giving them access to a system that’ll show them how their app will perform on the Free Basics platform.

Last fall, the company revealed that it was using satellites to beam broadband Internet to people in large swaths of Africa. It was scheduled for launch later this year, and Zuckerberg seemed confident that it would hold. It will use the upcoming AMOS-6 satellite, a $200 million, 5-ton satellite built by Israel Aerospace Industries. The launch of the satellite takes aim at sub-Saharan Africa.

But this isn’t the only effort by the company to push the Web to more people. In June, the company announced that it was building multiple drones that would zoom across the sky beaming the Internet to those on the ground without access. Capable of soaring between 60,000 to 90,000 feet during the day, Aquila won’t be visible to the naked eye — it’ll be in the stratosphere, high above commercial air traffic and weather.

With this Zuckerberg-driven initiative, Facebook sought to provide free Internet to connect the next 5 billion people. It eventually launched as a developer platform in response to criticism it received over its treatment of net neutrality. Then in September, it rebranded to what it’s known as now: Free Basics.

While Facebook’s mission was commendable, it wasn’t without any controversy, especially in countries like India. Zuckerberg spent a lot of effort to push Free Basics there, including hosting a town hall and assuring critics that the service wouldn’t run afoul of net neutrality. However, in February, India’s government banned the program from operating within its borders, thanks to a law preventing telecom services from charging different tariffs based on content.

Kirthiga Reddy, head of Facebook’s India operations, stepped down from her post soon after.