Let’s talk about Amazon’s most expensive Kindle yet.

The company’s latest reading device, the Oasis, is launching in just over two weeks and will cost you $290. That’s about all the news left to reveal, after a series of leaks spoiled Amazon’s surprise (or built up hype, depending on how you look at it).

The Oasis’ high price may turn you off the device — before today, Kindles ranged between $80 and $200, and older models remain available — but having held it in hand for a brief moment, we have to say it feels quite nice. The device is uniquely weighted for one-handed (ambidextrous) use, with a uniquely thin edge on one side and a thicker, heavier side designed to feel like the spine of a book with half of the pages folded over. 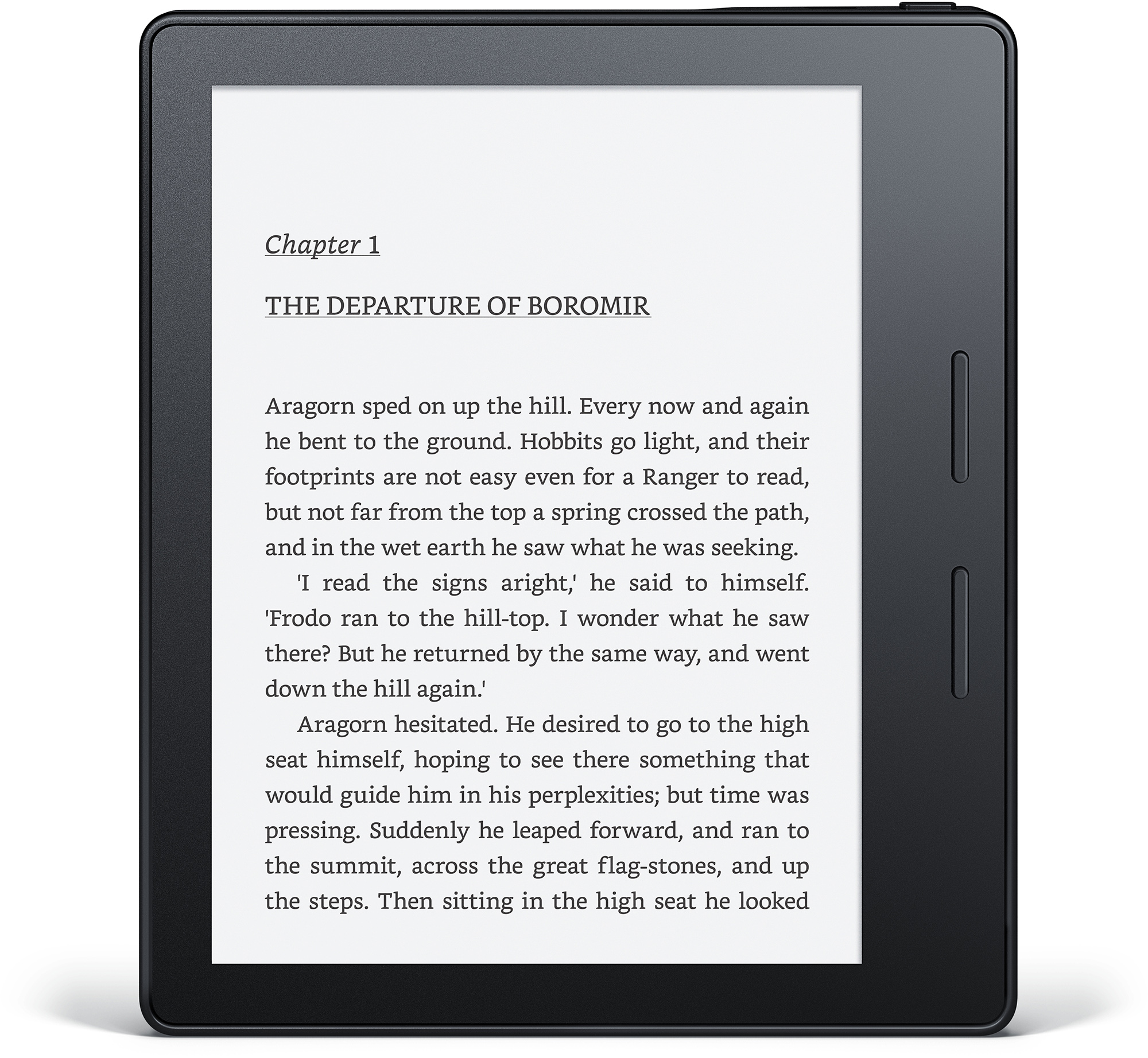 In defense of the shape — the Verge called it “a bit unsightly” when it leaked — I’d argue it’s a nice detour from past Kindle designs, which lately mirror the design conventions of full-featured tablets. I see no reason why that has to be the case, seeing as one may cannibalize the other eventually. Also, let’s be clear: This isn’t a radical departure, nor does it feel like a big risk for Amazon. It’s a nice experiment, and the existing Kindle lineup remains unchanged.

The Oasis’ ergonomic shape really is the key selling point for the Oasis, along with an included leather battery case. This extends the device’s life cycle from two weeks to nine, Amazon says — with “30 minutes of reading a day, wireless turned off with the light setting at 10.” From my short time spent with the case and reader, the pairing felt well executed, but depending on your expectations for a Kindle and how often you read, it will either feel like a compromise or a perk.

In most other ways, the Oasis mirrors the previous highest-end Kindle — the $200 Voyage — with its 300 ppi e-ink screen, 3G or Wi-Fi-only models, and the Kindle Store and software features you’d expect to find in the device. Just remember: The cheapest iPad starts at $269, while the Fire line ranges from $50 to $400. The $290 Oasis is for readers who hate distractions and really, really love books.