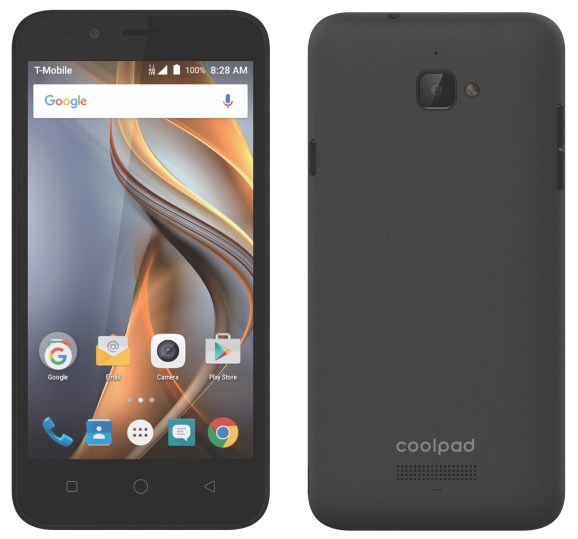 T-Mobile is poised to add a number of entry-level and mid-range Android smartphones to its portfolio in the coming months, from a range of manufacturers, according to a product roadmap seen by VentureBeat. However, save for the most budget-friendly handset of the bunch — the Coolpad Catalyst (pictured above) — all of these devices have been launched and detailed already.

Catalyst, set to replace the $50 Coolpad Rogue, improves upon that affordable phone’s specifications in a number of ways. Besides increasing the screen size by a full inch, from a WVGA four-inch display to an FWVGA five-inch one, Catalyst also doubles the number of 1.1GHz cores in its Snapdragon processor, from two to four.

Like Rogue, it will also ship with Android 5.1 Lollipop, but its imaging should be superior, as it replaces the existing model’s two-megapixel camera with a five-megapixel sensor, and adds a two-megapixel front-facing selfie cam. Another important upgrade is the addition of LTE cellular broadband connectivity (Rogue’s top connection speeds come courtesy of WCDMA compatibility, but not LTE).

Expect Catalyst to launch between late May and early July, alongside five other previously announced phones: the LG K10 and LG Stylo 2, Samsung J7 (2016) and Samsung On5, and HTC Desire 530. The LG G Pad X 8.0 tablet, detailed by VentureBeat earlier this month, is also slated to launch during that window.