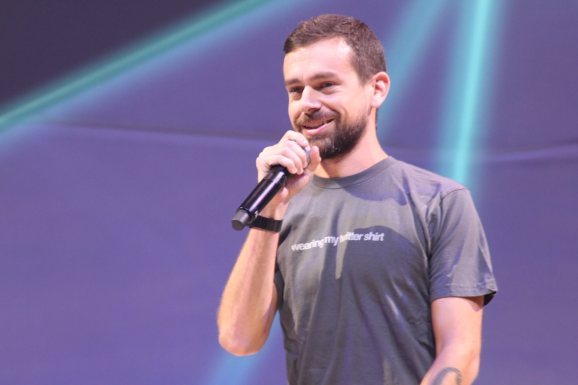 Twitter’s latest efforts to define itself can be summed up in one word: Live. This is something that was not only uttered countless times during the company’s Q1 2016 earnings call, it is one of the things that CEO Jack Dorsey believes makes Twitter so special. So when a question came up about how Facebook’s foray into live video and real-time conversations might affect Twitter, Dorsey responded by saying: “We’ve been doing it for 10 years.”

“We believe we have a leadership position in it,” he continued. “But it’s not just about showing a live event, it’s also about hosting a conversation around a live event. Twitter has always been the best place to see what’s happening immediately, instantly, to bring people around a particular shared experience.”

“The easiest way to get what Twitter is really to show a live event, show people the great accounts who are providing insights you can’t find anywhere else, you can’t find in your address book but you meet on Twitter through that experience, to connect them through a follow and also to encourage them in a conversation, that’s what we’re focused on making sure we continue to do,” Dorsey said.

As Twitter attempts to convince shareholders of Dorsey’s strategic vision for the company he cofounded, it certainly won’t face an easy road. Investor confidence in Twitter continues to drop — just look at its stock price after the earnings call. And what’s more, Facebook is beating on Twitter’s door with its own live offering. The social networking giant has its own livestreaming service and recently opened up an API to extend it to third-party services and devices. Additionally, Facebook has delved into live events with the launch of its Sports Stadium program, encroaching on turf that had been dominated by Twitter for some time.

Meanwhile, Dorsey promises Twitter users that they’ll be among the first to know who won the Democratic presidential primaries, or the latest sports scores, or that SpaceX successfully landed a rocket on a platform in the middle of the ocean. It’s all in real time and in public, something that Dorsey thinks gives his service an advantage over any competitor:

This isn’t the first time that Twitter has defined itself as the place for live and real-time conversations. Former CEO Dick Costolo once likened the service to a town square, and while this may be true to some degree today, it’s a small town, as people have flocked to more populated areas, specifically Facebook. But armed with products like Twitter Moments, Vine, and Periscope, Dorsey’s team has the ability to woo back not only old users, but new ones, with the promise of participating in a global conversation. Another key effort to get growth going again is Twitter’s NFL Thursday Night football deal.

For all the talk about Twitter having been “live” for the past decade, it’s time for the company to make things happen now. Facebook has more users than Twitter — and incredible reach — so there’s an uphill battle to show that Twitter can really prove its “significant leadership position” in the space. And whether through more acquisitions or new features that make it easier for users to share what’s going on in the moment, it’s time for Twitter to prove that the “live” strategy is going to give it the growth it needs.