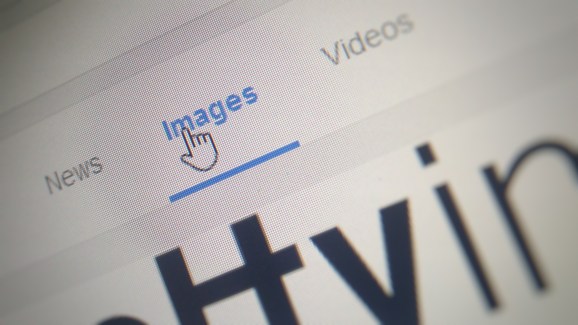 Google’s European woes are going from bad to worse this week with the news that stock photo behemoth Getty Images is filing an anti-competition complaint against the Internet giant.

According to Getty, the crux of the complaint dates back to January 2013 when Google started displaying images in Google Image Search in high-resolution format — rather than listing thumbnails that encouraged users to click through to the source website. “This format has diverted users away from source sites and siphoned traffic from Getty Images, other media organizations and image creators,” says Getty. It added that the current image-search format lets people right-click to save photos to their computers “with no requirement for the user to go to the source site to find out how they might legally license or seek permission to use the image in question.”

Today’s news comes a week after the European Commission (EC) formally filed objections against Google over anti-competitive practices relating to Android. In May of last year, following a four-year investigation, the EC formally accused Google of using its dominance to bias search results in favor of its own services. And this “bias” investigation is partly linked to Getty’s broader grievance.

Indeed, in June of last year, Getty Images joined as an “interested third party” in support of the EC’s investigation into Google’s anti-competitive practices. Getty said at the time:

As an interested third party, Getty was able to gain access to summaries and insight into the antitrust charges against Google. But now Getty is filing a formal complaint itself.

“Getty Images represents over 200,000 photojournalists, content creators and artists around the world who rely on us to protect their ability to be compensated for their work,” said Getty Images’ general counsel, Yoko Miyashita, in a statement. “Google’s behavior is adversely affecting not only our contributors, but the lives and livelihoods of artists around the word – present and future. By standing in the way of a fair marketplace for images, Google is threatening innovation, and jeopardizing artists’ ability to fund the creation of important future works. Artists need to earn a living in order to sustain creativity and licensing is paramount to this; however, this cannot happen if Google is siphoning traffic and creating an environment where it can claim the profits from individuals’ creations as its own.”

Back in 2014, Getty introduced a new photo embed tool that lets anyone use photos on their own sites for non-commercial use — for free. It was designed to discourage right-clicking on photos and offers a clear link back to Getty for those wishing to officially license a photo for commercial use. But of course this hasn’t stopped people from searching directly in Google Image Search. And, with high-resolution photos freely available, Getty is now saying “enough is enough.”

According to Getty, when it first contacted Google about its concerns back in 2013, Google suggested it could opt out of the image search service — something anyone can do. But this, of course, would make Getty invisible on the world’s most popular search engine.

That Getty Images — a U.S. company — feels compelled to take its complaint against another U.S. company to a European regulatory body is indicative of the great divide that’s emerged between the U.S. and the EU. Last year, Austrian law student Max Schrems effectively convinced a European court that the U.S./EU “Safe Harbor” data-sharing pact is invalid. And last month, Google finally acquiesced and extended the EU’s existing “right-to-be-forgotten” program to cover all Google Search domains, though with some caveats.

Another key moment that helped highlight the clash of attitudes between the EU and U.S. came when members of the European Parliament voted in favor of granting Edward Snowden asylum, as a “human rights defender.” Though it was a purely symbolic vote, it stood in contrast to the White House, which rejected a We the People petition to pardon Snowden.

With the weight of sentiment going against Google and other tech companies in Europe, it’s clearer than ever that the EU will continue to serve as a key battle ground in solving disputes between companies from all over the world.