We’ve learned a lot at TreasureHunt leading to the launch of our first game Boomie Blast — but the biggest lesson we learned about making better games has nothing to do with game development per se. It’s something a lot folks talk about but never do: Make recruitment number one — put people, culture, and processes in place that reinforce that goal — and your end product will shine.

We’ve been working on Boomie Blast for about two years now. Of course, this is way too long for a mobile game development cycle and it wasn’t our plan. It happened because we were focusing on building the right team first and a game second. We made some team missteps early on and quickly decided to re-focus a considerable amount of our time and energy in recruitment efforts that would secure us the best talent, regardless of our market position.

In doing this, the product initially suffered, because we took longer to fill gaps in the team. Yet, that short-term pain created big long-term pay-offs.

It’s been a huge advantage that we have a clear mission that resonates with talent. This tends to attract more A-Players. Also, if you genuinely believe in your mission and are passionate about it that goes a long way. Smart people can smell bullshit from a mile away so keep the spin at home.

So, here’s what we learned on the way to putting together our great team and first game, broken down into five steps:

1. Create a culture of recruitment first

Get your team excited that every new hire means the game they’re working on is about to get better. Help them see that time spent on interviews, candidate code sample reviews, CV reviews, and everything else doesn’t get in the way of developing the game, it’s actually the opposite; making the game is getting in the way of hiring. If you have an interview to go to or a CV to review, whatever else you’re working on (outside of extreme situations), that hiring task is the most important thing you have to do.

2. Have a vision for your team like you do for your business

What do you want your team’s DNA to be? At TreasureHunt, we want to create the highest quality mobile games for audiences of all ages by securing the best people and tools from tech and entertainment. The best way to do this is by purposefully culture-clashing folks from traditional AAA games and recently successful data-driven mobile games. We’re excited about bringing in Film and TV talent, too. We believe in this dynamic because when tackling problems, divergent viewpoints bring about better solutions.

We have two recruitment pillars that are based on other successful organizations. First, remove bias whenever possible and secondly, be consistent in getting candidates through the same process and record their results accurately.

Humans are awful at erroneously forming an opinion of someone we meet in less than ten seconds. Your process should constantly fight against this unavoidable instinct. For example, remove subjective questions like “What did you listen to on the way here?” This can be interpreted in an endless number of ways — none of them valuable. For our screening calls on Skype, we ask that candidates turn video off. We want to see their potential, not the shirt they picked out.

Creating consistency allows you to separate the very good candidates from the great ones. The bad ones eliminate themselves in any half-decent process. Know exactly what questions you’re going to ask in what order and follow the same set of questions for every candidate. Also, write every answer down. This is ridiculously important. We have a note taker in each interview. Doing this allows team members that weren’t in the interview but are involved in decision-making to have clear, comparable data when deciding to move forward or not.

You can dig deeper and ask follow-ups but make sure to get back on track so you have complete and comparable results.

Just because someone is super-smart, you don’t have to accept that they also have a difficult personality. We learned this the hard way very early on. Spend longer looking for the smart hire that’s also humble, eager to learn at any stage of their career, and empathetic with others. We have a behavioral interview where we ask a series of simple-sounding questions, then continue with a series of follow-ups that quite literally intend to mine the candidate’s value-set, moral compass, and empathy for others potential. It might seem like a casual chat for our candidates but we’re diligently recording answers on a matrix that shows us positive and negative queues to watch out for.

5. Your recruitment process is a live product — constantly improve it 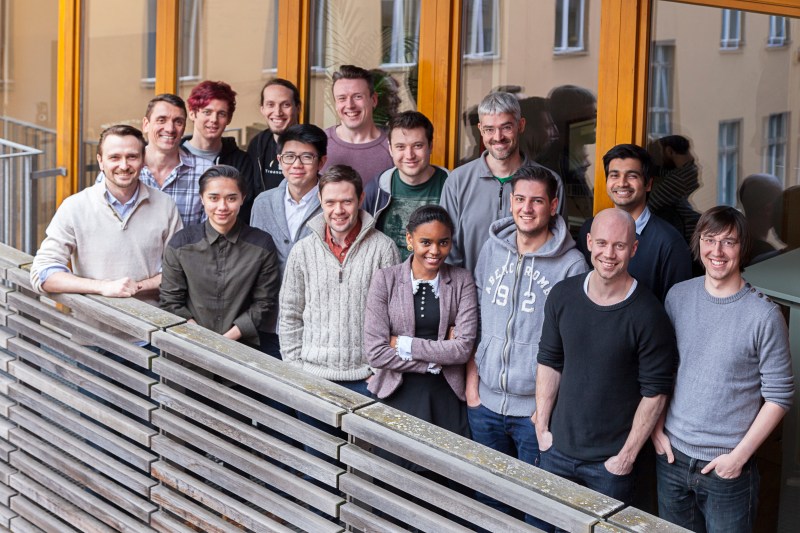 We set up goals on improving our recruitment process based on data and gaps we’ve identified — just as you would with any live-service game. Once a hire has been brought on, we ask for feedback from the team on what they thought of the process and what we can do better. This all gets captured and any trends we noticed get backlogged to fix somewhere down the line.

With all that said, you may face critical team gaps that persist. But based on our early reflections, it’s worth waiting to get the right, and best, person in place.

Remember this; it’s easier to fix a broken product than a broken team. Keep that in mind when you’re banging your head against the wall looking for the right person for the last damn six months. When you find the right hire who clicks with your team and starts obliterating problems on their first week, it will fill you with the motivation to stay disciplined with the process and keep banging your head against the wall for the next damn six months looking for the next great hire.

Kyle Smith is the CEO of TreasureHunt, a Berlin based game developer, which has just launched their first game, Boomie Blast, which is available on iOS. You can reach Kyle at kyle@treasurehuntstudios.com or on Twitter @kylelovesgames.