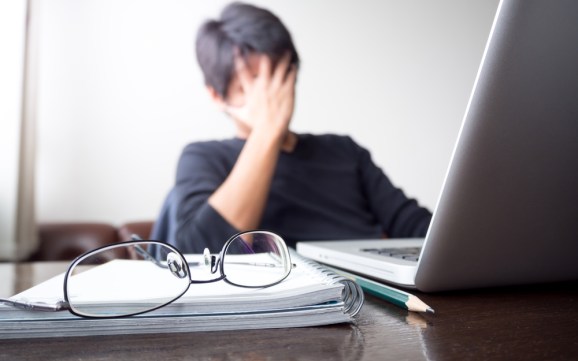 Advisory boards are all the rage right now. A startup can make headlines by appointing a tech veteran to their advisory board, and a pedigreed advisory board can become a selling point in establishing market credibility.

Unfortunately, many CEOs are enamored with the idea of establishing an advisory board but don’t take the time to really get value from them. Some of these boards seem to exist merely to fuel press releases and never go beyond the named affiliations.

The good news is that the common pitfalls of creating and maintaining an advisory board are easy to overcome. As with everything, it’s worth knowing what you are getting into when you create an advisory board. With that in mind, here are a few traps that advisory boards often fall prey to:

1. Making your advisory board too homogeneous. To get the most out of your advisory board, make sure that an array of expertise is represented. There is a temptation to make every advisor a client or potential buyer of your product / service. But having a cross section of industry constituents will offer the broadest perspective and the best checks and balances in assessing the industry’s needs. Make no mistake, you should consider at least one or two clients, since they do have the best understanding of how your company operates and can help identify the most urgent areas for you to address, but avoid having your board be too homogeneous.

2. Little to no communication. By far the biggest mistake founders make with advisory boards is not engaging with them. Ideally, an advisory board should meet in person at least once a year. What often happens though is that after setting up a board, founders get too busy to call a meeting and maintain regular communications. TYou can’t expect advisory board members to be proactive without providing updates and fundamental information from the company such as how it’s competing in the marketplace. Even if you did grant them equity, you still have to work it. One way to foster communication is to appoint a chairman to corral other members into meetings and make sure they are receiving regular updates on the business – and to prod you to make sure this happens.

3. Don’t treat your board advisors like board directors. Let’s be clear, your board directors are your partners in good times and bad. They are hopefully incented to take on your most taxing problems, hear you out in tough times as well as in good times, and you can ask them to help get you through market headwinds and challenges. An advisory board provides a different role altogether: It is a resource for idea generation and market advocacy. You need to take a “glass half full” approach when asking advisors for their input. Tell them what is going right and ask them how to make it even better. Don’t forget that they want to be proud of their association with you and reference their own contributions to a company that is on a path to success. I’m not saying you should hide news that isn’t good, but make sure they know the reasons to believe in your company every time you connect so they are well positioned to promote your strengths to their own contacts.

4. Don’t let a good advisor go to waste. In addition to communicating with your advisory board as a group, founders should build one-on-one relationships with each advisor. Some of the best contributions are made outside the boardroom. Each advisor has insights to offer that should be explored individually, and you just won’t get the same depth in a group conversation. In addition, advisory board members can help by making introductions to potential contacts – but this usually requires idea stimulation. It isn’t helpful or productive to just ask for a laundry list of contacts you want to be introduced to. The most effective introductions are based on initiatives or ideas that make the conversation relevant on both sides. It’s also critical that you report back on these introductions, or the advisor will think the effort was wasted.

5. Don’t listen to good advice without taking action. It seems obvious: Why would you pay your advisors if you don’t value their advice? And why would you bother asking for it if you aren’t going to take it? But more often than not, great ideas get surfaced and then forgotten quickly in advisory board meetings. It takes focus and determination to identify the most important ideas coming from your advisors and then execute on them. An advisor on a board I chaired told me that she enjoyed participating because the company actually took the advice offered in meetings and executed against it. This achieved great business results, which then became a source of pride for all the board advisors. I have to credit the operating team, because they took the advisory board meetings seriously, brainstormed with their advisors, and then acted on the advice that was given. They would then report back in subsequent meetings, which energized the group to come up with more good thinking. In another case, an advisor actually thought of a new product line that the company could introduce using existing assets. The company architected a business plan against this idea and is now generating millions in new revenue.

Some have argued recently that advisory boards are vastly overpaid for the services they provide. When harnessed correctly, though, advisory boards can offer the best ROI of any employee or the best deal on your cap table. That requires work. If you are the one creating an advisory board, then the onus is on you to get the most from it.

Sarah Fay is an angel investor and advisor. She has served as CEO of Aegis Media North America (acquired by Dentsu for $4.0 billion), CEO of Isobar North America, and President of Carat Interactive. She is an independent director for Celtra, SocialFlow, The Street, Women’s Marketing (acquired by Stephens Inc.) and [x+1] (acquired by Rocket Fuel). She is an angel investor and/or advisor to Namely, Adelphic Mobile, clypd, and ViralGains. Sarah serves on the board of MITX, the executive board of the Ad Club of Boston, and is board advisor to Advertiser Perceptions.