One month after launching its subscription streaming service in the U.S., SoundCloud is kicking off its big international expansion today with a launch in the U.K. and Ireland.

Priced at £9.99 / €9.99 per month after a 30-day trial, the new ad-free service offers 125 million tracks from 12 million artists. The free incarnation will remain the same — except it will now be supported by a range of ads, including audio advertisements, in-stream native ads, promoted profiles, and more. 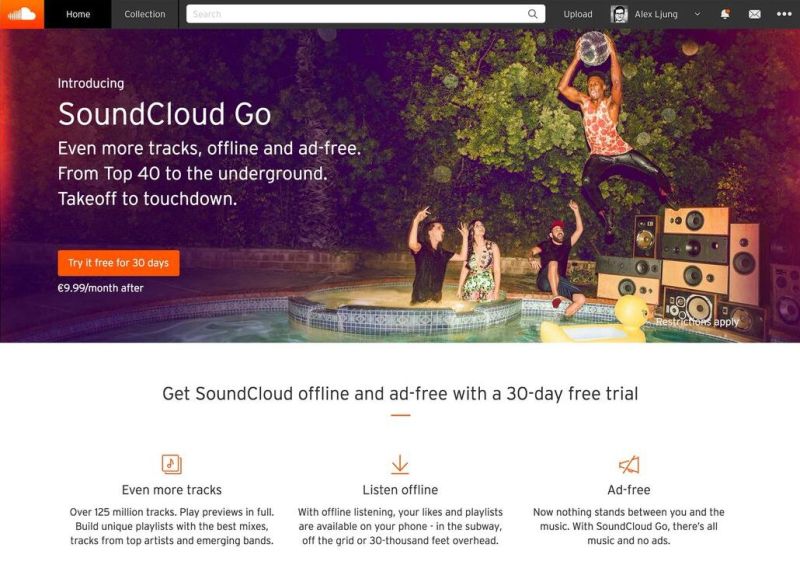 The Berlin-based company gave its first indication of when a wider rollout of its subscription service could happen a few weeks back, after it extended its agreement with Sony/ATV Music — the publishing company that’s partially owned by Sony Music Entertainment and Michael Jackson’s estate. The new Europe-wide agreement opened the doors for SoundCloud to launch its service in Europe, though no details were given for the rollout.

While SoundCloud has been signing global deals with the major record labels — including Sony Music Entertainment, Warner Music Group, and Universal Music Group — it has also been quietly reaching agreements with royalty-collecting bodies around the world, which takes time. Today’s launch in the U.K. and Ireland was largely enabled through a deal SoundCloud struck with U.K. music-licensing body the Performing Rights Society (PRS) back in December. This led to the PRS dropping legal action it had filed in August that alleged SoundCloud failed to pay royalties for music hosted on the platform.

Founded in 2007, SoundCloud has grown to 175 million monthly listeners. It has traditionally differed from the likes of Spotify or Rdio insofar as it’s geared toward creators and allows anyone to upload their own music or podcasts to build a fan base. But with more than $100 million in funding, SoundCloud has also been under pressure to monetize its platform — including On SoundCloud, a platform that runs audio ads against tracks for users. Before today, this was limited to the U.S., but alongside the new subscription service that’s arriving in the U.K. and Ireland, those who prefer to use the free service can do so by tolerating ads. 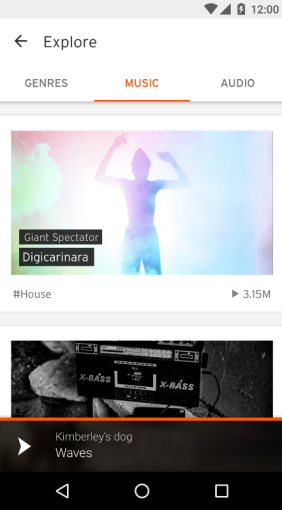 So, in the month since launch, has SoundCloud Go been luring completely new users on board or tapping its existing ocean of users? “It’s a bit of both,” explained SoundCloud cofounder Eric Wahlforss, in an interview with VentureBeat. “We are starting this (subscription) with a focus on the large audience we already have. It’s a global platform with huge global reach, and we want to take this to as many countries as we can, as fast as we can.”

Certainly, one notable facet of SoundCloud’s push to monetize has been its initial focus on the U.S., even though SoundCloud is a European startup founded by two Swedish guys and headquartered in Germany. So why the U.S. first? “It’s the hardest market to launch; it’s our biggest market, too,” said Wahlforss. “And in many ways it sets the precedent for the rest of the world. A lot of the frameworks that were set were global frameworks, and a lot of the biggest labels have a big influence over other markets.”

There is little doubt that SoundCloud is up against a tough market. It’s late to the music-subscription table, but the company believes it has some tricks up its sleeve that will ultimately make the platform more appealing to artists and that paying customers will follow.

“We are offering a range of music that hasn’t been there before,” continued Wahlforss. “It’s all of the big artists, and it’s more of the established artists repertoire than what you would have on Spotify, and the reason is simple: We give all the power to the artists and the rights holders.”

In short, artists can decide whether to make content available on the free tier or to limit it to paid subscribers. So, in effect, an artist could put all their back catalog on the ad-supported service, but restrict their latest album to paid subscribers. This is something that Spotify has hitherto resisted, forcing artists to either make their music available to all users or not upload it at all.

The launch of SoundCloud Go marked a major evolution for a company that’s looking to take on the big-name incumbents, which include Apple, Spotify, Google, and Tidal, among others. That mission just took a major step forward with SoundCloud’s first international market launch today, and we can expect to see many more countries added throughout 2016 and beyond.