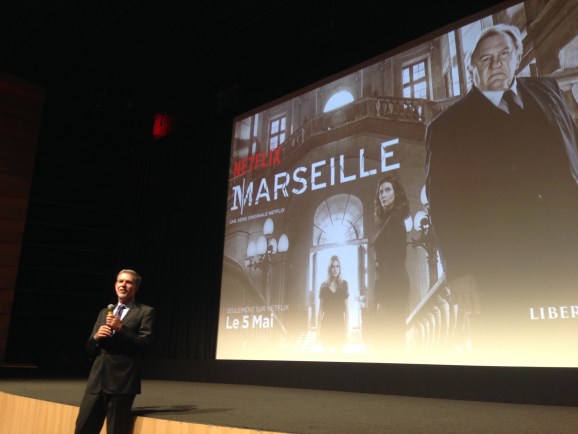 When it comes to the future, Netflix executives describe a mad dash to keep up with constant changes in how people watch and access video.

But one area that’s not getting much attention from Netflix these days is virtual reality. Even though VR is currently riding a tidal wave of hype, it’s not a priority for Netflix, said CEO Reed Hastings in an interview with VentureBeat.

“I think it’s going to be huge for the video game market,” Hastings said. “I expect it will have a big impact there.”

But he believes it’s a different story when it comes to watching content. At the moment, users can watch Netflix on apps available for Google’s Cardboard and Facebook’s Oculus Rift. But these are not 3D immersive apps, just the straightforward 2D viewing option that’s available on any platform.

The issues with VR at the moment, according to Hastings and Netflix chief content officer Ted Sarandos, are twofold.

First, despite growing interest and adoption of VR following the release of the Oculus Rift this year, the size of the market remains tiny. Now that Netflix has expanded to 190 countries and has 80 million users watching on 1,000 different platforms (smartphones, gaming consoles, TV apps), the number of potential viewers on VR seems like a speck.

“The problem with VR is that there’s not enough people on the platform to support the investment in that kind of content,” Sarandos said.

The second issue relates to the type of experience VR offers. The immersive, intense nature of VR can be exciting in the context of a game, but it can be too much when it comes to simply watching a movie.

“You’re exhausted after 20 minutes,” Hastings said. “We are more focused on a lean-back, relaxing experience.”

Sarandos added: “I can’t imagine putting on a VR headset while sitting on the couch with my wife for two hours and just disappearing.”

Still, it’s a question Netflix has been hearing a lot this year. Earlier, at CES in Las Vegas, when asked by reporters about VR, Hastings said:

“We’re experimenting with things, we’re looking at things, but we have no concrete plans. It’s a very early phase, so we’re gonna learn some things with no commitment other than to have the Netflix TV shows and movies be available within the headsets.”

It also came up on the Q1 earnings call, where Hastings tried to lower expectations for Netflix and VR: “I don’t think it will have a direct effect on us in the next couple of years.”