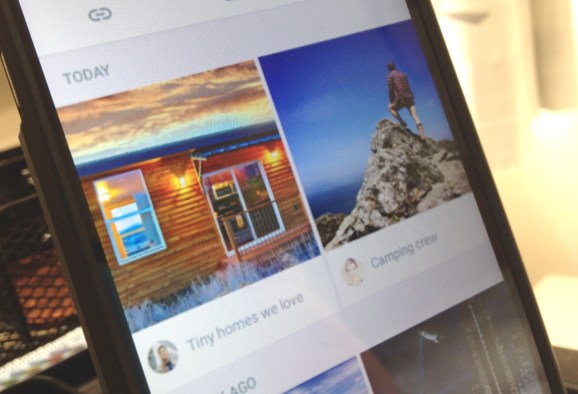 Google is today lifting the lid on a brand-new app called Spaces, which the Internet giant calls a “tool for group sharing.”

The app has been in private beta for a few months already, but today it’s shedding those beta tags and will start rolling out on Android, iOS, the desktop, and the mobile Web for Gmail accounts.

Users create what are known (unsurprisingly) as “spaces” for a specific topic or purpose, and then invite anyone to join. When new content is added, each member of the space is alerted. You can also search for previously shared content through the search box.

The company says it will experiment with the Spaces app at its annual Google I/O event later this week.

“We wanted to build a better group sharing experience, so we made a new app called Spaces that lets people get people together instantly to share around any topic,” said Luke Wroblewski, product director, in a blog post. “With Spaces, it’s simple to find and share articles, videos and images without leaving the app, since Google Search, YouTube, and Chrome come built in.”

Spaces is kind of like a social network crossed with a messaging app, and it could be Google’s attempt to gain traction in a space that has become dominated by the omnipresence of Facebook, which lays claim to billions of users across Messenger, WhatsApp, Instagram, and — of course — Facebook, itself.