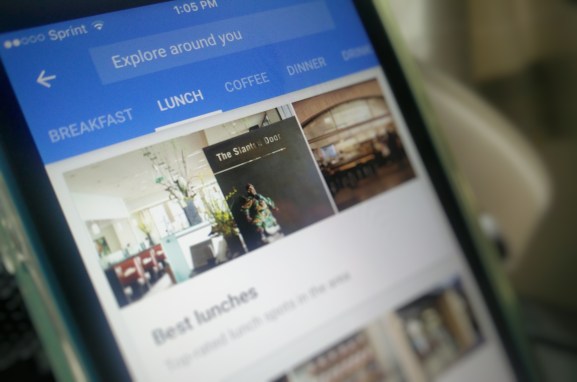 Google Maps for iOS is getting a new feature today designed to help users find the best places to eat and drink in their vicinity.

It’s true that Google Maps for iPhone and iPad already lets users find places nearby to quench their thirst or fill their belly, serving up categories such as “Local Favorites, “Quick Bites,” “Pub,” and “Eat & Drink,” but it also offers “Play & See,” which includes movie theaters, department stores, parks, and museums.

Now when you first open Google Maps on your iOS device, you’ll see that the Explore feature is labeled specifically for food and drinks. This is similar to how it already appears on the Android version of the app. 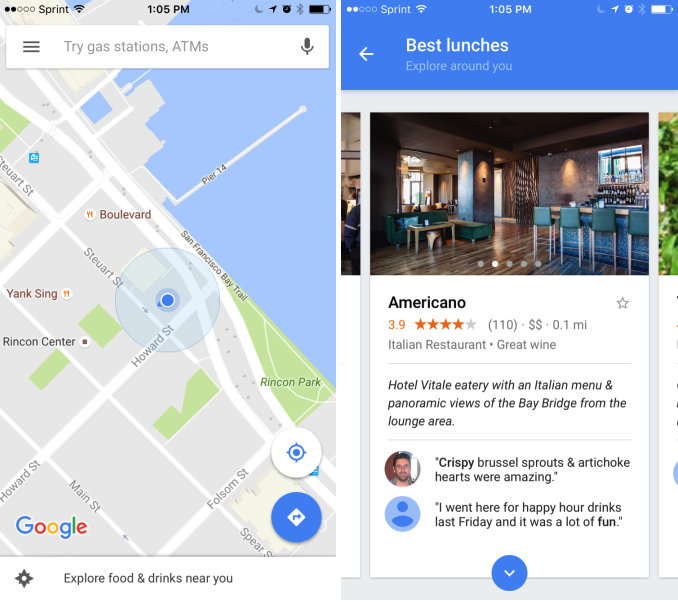 Additionally, rather than splitting the options by walking distance and time of day, it now lets you select what kind of culinary experience you’re looking for: breakfast, lunch, coffee, dinner, or drinks. 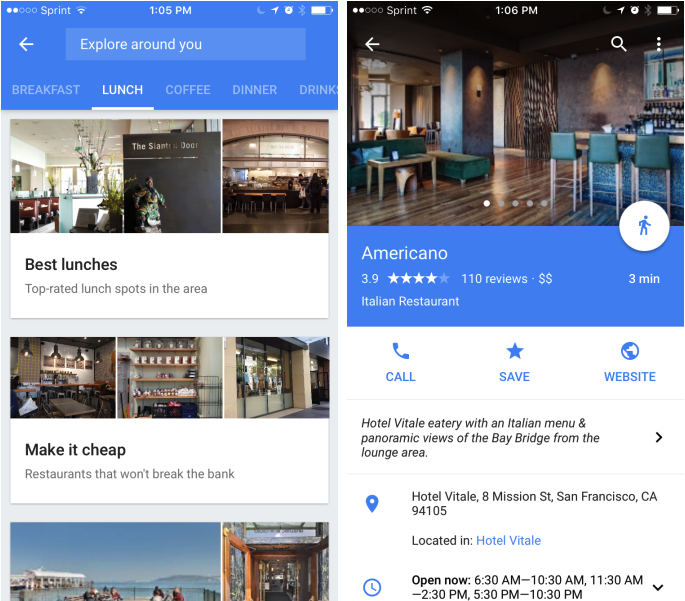 The visible options will default to whatever time of day it is where you are, so rather than showing you breakfast bistros in your neighborhood at 5 p.m., it’ll maybe show you Pizza Hut or a taqueria. With each top-line category you’ll be able to sift through additional sub-categories, such as “keep it cheap,” “best dinners,” or “make it fast.”

The new Explore feature will be rolling out from today in the U.S., U.K., Japan, France, Germany, Italy, and Spain, though we’re told it could take a week or so to arrive for everyone.