TourRadar, an Austria-based online marketplace that specializes in selling multi-day tours around the world, has raised $6 million in Series A funding. The round was led by Cherry Ventures and Hoxton Ventures, with participation from Austria’s Speedinvest and AWS Founders Fund.

Founded in 2010, TourRadar works with third-party travel companies to connect travelers with more than 20,000 tours across 200 countries, covering everything from city breaks to high-end luxury holidays. The company claims that 70 percent of its customers are female and notes that the most popular destinations are France, Italy, and Spain, with Australian and American tourists representing its biggest source markets. 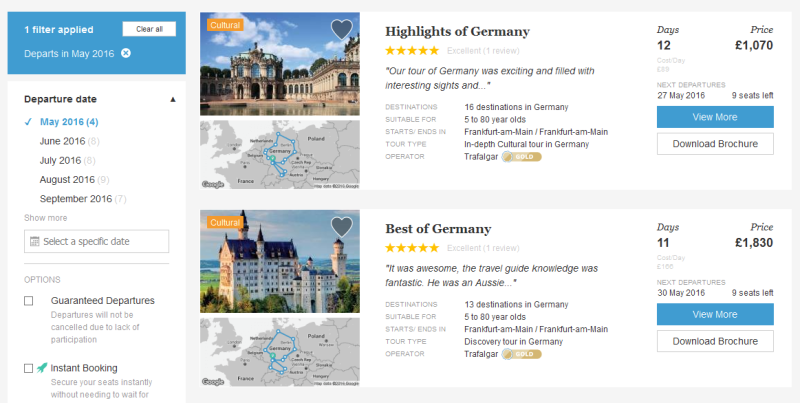 Austria doesn’t often hit the mainstream startup radar, but last year Adidas acquired Linz-based mobile fitness company Runtastic in a $239 million deal. And earlier in the year, Zynga founder Mark Pincus invested in Austria’s Slack competitor ChatGrape. While TourRadar’s latest cash influx may serve as a minor boon to the broader Austrian startup ecosystem, it also illustrates the growing impact of online marketplaces. From Uber and Airbnb to eBay, Hired, and beyond, the process of matching buyers with sellers is big business.

“TourRadar has built the largest collection of tours in the industry,” said Hussein Kanji, a partner at Hoxton Ventures. “Marketplace businesses win by building great supply. We are amazed that from its office in Vienna, the team has been able to cover the world so effectively and become a recognized leader. Now it is time to step on the gas and scale up demand.”

TourRadar had previously raised a small $500,000 angel round back in 2014, but its latest Series A represents its first substantial outside funding. It will be used to support the company’s ongoing expansion, with plans to grow its existing 40-strong team to 70 within the next 12 months.

“We are excited to have new investors on board who have hands-on experience in scaling consumer businesses like Zalando, Groupon, and Google,” added Travis Pittman, CEO and cofounder of TourRadar.