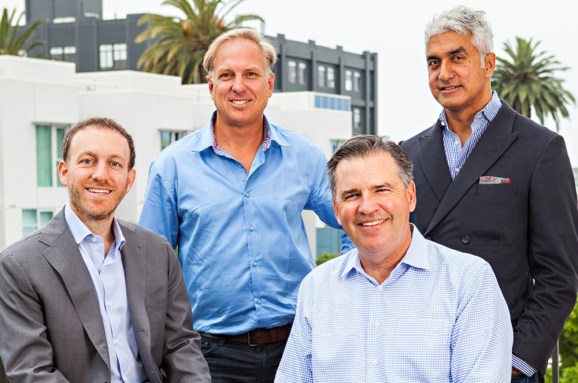 The new fund run by four partners is based in Santa Monica, California, but it will invest across the globe. The fund has already put more than $100 million into over 15 companies across the world, and it will continue to invest both locally and globally.

“We think the next decade will see a lot of innovation and Southern California will be the epicenter of it,” said Sumant Mandal, cofounder of the fund. “This is a natural progression for us, and we know the area really well.”

The fund will invest in the next evolution of consumer engagement on the Internet, such as virtual reality and augmented reality, as well as Internet infrastructure and how enterprises use technology. Big data, machine learning, and artificial intelligence will be a big focus.

“As millennials enter the workforce, every enterprise application is being rewritten,” Mandal said. “Internet infrastructure powers all of this, with cloud, virtualization, or storage technologies.”

Besides Mandal, partners include Jim Armstrong, Gregory Milken, and Jamie Montgomery. Collectively they have more than 50 years of experience investing hundreds of millions of dollars in venture capital and private financings. They have separately participated in investments in PayPal, The Rubicon Project, Internet Brands, and CrowdStrike.

As for VR and AR, Mandal said the markets should hit a critical juncture in the next 12 to 18 months, as the price of hardware comes down and new players like Google and the Chinese come into the market.

“This is where Southern California has an edge as people understand content,” Mandal said.

Armstrong said that games is a ripe area for investment, though the company may not invest in pure content companies. March Capital Partners invested in Dojo Madness, an esports coaching platform that leverages big data and machine learning.

Mandal said investments have to be global now.

“You have to know what is happening in the world, and there are so many opportunities in emerging areas like India,” Mandal said. “A lot of different parts of the world are good at different things. We obviously like companies that are close to us and will continue to invest in those.”

Montgomery was the founder and CEO of Montgomery & Co. and founder of the Montgomery Summit, a conference that gathered entrepreneurs, senior-level investors, and top executives from private technology companies and venture capital firms. Milken has 15 years of entrepreneurial and operational experience as founder and former COO of AltEgo and as a senior executive at Knowledge Universe.

Colleagues for more than a decade, Mandal and Armstrong began investing together at Idealab Capital Partners and then Clearstone Venture Partners, where they focused on early-stage investments.

March Capital Partners has built a technology-centric portfolio of 10 series A investments and four series C investments in Northern California, Southern California, Europe, and India. So far, they have focused on enterprise on-demand services, technologies to enable hyperscale infrastructure, and business opportunities from global mobile expansion.