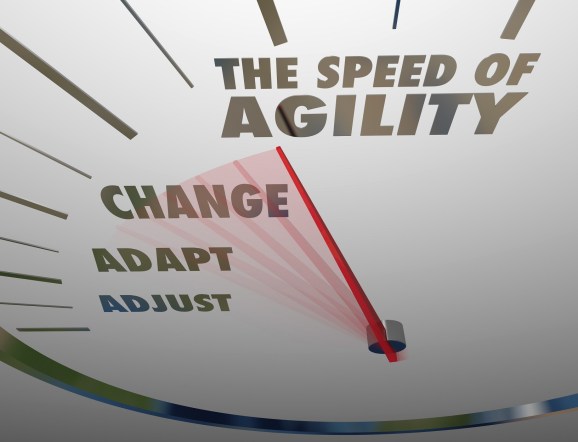 We were lucky. ProofPilot had some strong early traction. This helped us raise a healthy seed round after graduating from Blueprint Health in the spring of 2014. After a year of the startup playbook rules not working, we still had runway left. We were able to course-correct without explaining what we were doing or why.

Others aren’t so lucky. Theranos, Zenefits, and 23andMe have made mistakes under significant media scrutiny. No one wants to make errors or overlook important regulation. Many more digital health startups will fail only because they use a strategic growth model incompatible with the industry they serve.

Healthcare and life sciences are slow-moving industries, by necessity. In gaming, e-commerce, and social media, you can push out products and learn from what works and what doesn’t. In medicine, errors mean lawsuits. Treatments can have serious unintended consequences. Moving fast and breaking things is unfathomable. So the industry designs complex studies to ensure safety and efficacy.

When digital health tools aren’t that easy to use, one of two things happen. If it’s a consumer app, adherence plummets. If it’s an app for medical personnel or institutions, the app vendor gets sucked into a consulting role.

That second scenario is exactly what happened to us at ProofPilot. Like so many other early stage digital health startups, our first customers needed training and help with every component of the product. They found bugs and made suggestions. As we responded, customers felt like we were building ProofPilot just for them. It’s what they were used to. Healthcare is full of IT consultants, and they treated us like consultants too. They became more and more demanding. The people who paid the bills were often in completely different cities from the staff using our app, completely unaware of the extensive additional work we were being asked to do. They just pointed to the contract. We wanted to make customers happy, so we often did the work unfunded.

Our team didn’t join ProofPilot to be consultants or developers for hire. They began to burn out. The sales staff became afraid to sell. Adding another customer would just make things worse.

Tech industry experts told us to focus on a more narrowly defined problem, get it perfect, and get some traction. It’s a lesson that’s worked outside healthcare.

Our customers were telling us the opposite. They wanted a complete solution. Not another disconnected feature. Doctors were already complaining about too many apps they didn’t have time to use. And that was before adding ProofPilot to their portfolio.

Ultimately, as a company, we decided to stop and regroup. We’d made no huge errors. I just wasn’t willing to disappoint another customer.

We had the luxury of stopping sales for nearly a year. During that time, we reviewed everything slowly, methodically, and strategically. We redesigned and re-architected our entire product and associated marketing and support services. We didn’t release anything for nearly eight months. This is the complete opposite of the typical startup playbook.

During those eight months, we fixed the product for the small number of customers who tried our first iteration and weren’t thrilled. And we made headway in winning back the VCs and employees who lost their initial excitement in our vision.

To other digital health companies looking to the Silicon Valley startup playbook as their growth strategy: be careful. There will be big successes in digital health. But those successes are going to come from customers who are thrilled with your product. They won’t come because you follow growth strategy that’s incompatible with the customers you serve.

Matthew Amsden is CEO of ProofPilot.