Google today launched Nearby, a new feature for Android devices that recommends potentially helpful apps and websites based on your physical location using Eddystone beacons. Nearby, which requires Android 4.4 (KitKat) and above, is rolling out now as part of a Google Play Services update.

Google hopes that Nearby will help improve app discovery when you’re on the go. The Google Play store has more than 1.5 million Android apps, but many are only meant to be used in specific locations and situations. If you don’t know about an app or can’t easily find it, then it may as well not exist.

Nearby requires enabling Bluetooth and Location on your Android device before you can turn it on. A notification will let you know if a nearby app or website is available, and tapping it will take you “straight into the intended experience.” If you’re not interested, you can just swipe it away, just like any other notification.

Examples where Nearby can be useful include using a barcode scanner app at a store, an audio tour app at a museum, and so on. Here are specific apps and scenarios that Google says will work with Nearby:

These scenarios are similar to the ones Google gave when describing Android Instant Apps, an upcoming app type that launches immediately, no installation required. It’s easy to see how Nearby could work in tandem with Instant Apps.

Google Cast devices and Android Wear watches will also work with Nearby. You’ll get a notification letting you set them up simply by tapping a notification when you’re near them. 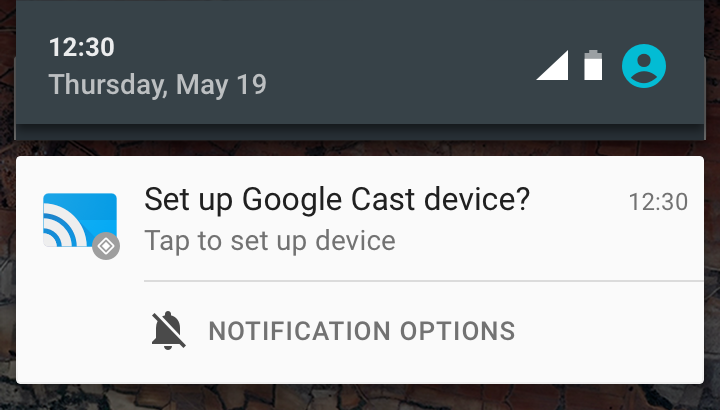 If all this sounds familiar, you’re probably thinking of Google’s Physical Web, an open source project for a protocol that allows smart devices (parking meters, bus stops, stadiums, etc.) to communicate directly with a smartphone without the user having to download an app. Nearby goes further by displaying these websites directly in Android, and relevant apps as well.

For all of this to work, developers need to buy Eddystone Beacons or set another Android or Bluetooth smart device to broadcast in the Eddystone Format. They then need configure the beacon or device to point to a mobile web page using the Physical Web or link directly to an experience in their app. For users who don’t already have the app, the developer can send them to a mobile site or ask them to install the app.

If you’re a developer, you may also want to watch this I/O 2016 session on Nearby:

Google first introduced Nearby APIs in July 2015, making it easier to discover and communicate with other nearby devices and beacons. This is the next step, but these are still very early days as quite a bit of work is required from developers. Full documentation is available here:
Get Started with Nearby Notifications.