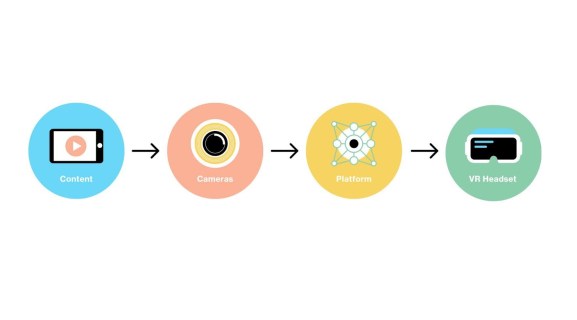 When virtual reality is done right, it can be a magical experience. The first time I tried on Samsung Gear VR, I remember being blown away as I traveled around the solar system in first person. The feeling of floating in space next to gigantic planets gave me an emotional sense of being there that you simply can’t experience from two-dimensional video.

Although VR technology has seen recent traction, the state of the industry is similar to what the over-the-top (OTT) video space was four years ago – no one really knows how it will play out or how to profit from it. We’re seeing plenty of experimentation going on and wide-open spaces to play in.

Part of my job at Verizon Ve­­­­­ntures is to anticipate what a market will look like in three to five years and invest in the companies I believe will be successful. VR is likely a good early stage bet right now. According to CB Insights, VR and AR (augmented reality) startups raised $658 million in 2015, and Pitchbook estimates the industry has raised $4 billion since 2010. With growing investments and technology enhancements in the VR ecosystem, the real question is what are the best investments?

Let’s look at the key components of the VR ecosystem and the attractiveness of each:

Assessment: VR cameras are differentiating themselves in a few ways — some are stereoscopic, and some don’t have top and bottom cameras or only cover 180⁰. Some can live stream, while others just record to disk. One new and interesting technology is volumetric capture, where multiple cameras are arranged facing inward to capture video within an area (think “bullet time” in the Matrix movies), as opposed to 360-degree cameras that capture video from one point facing outward. The market is currently small, but growing. There will be professional, prosumer, and consumer camera rigs, but like the action camera market, there will be a couple of primary players for each target customer, along with a number of cheaper knock-offs or highly specialized cameras. The market will likely only sustain a handful of manufacturers.

Assessment: Platforms are the “glue” of VR. The companies that will succeed in this space are those that can build innovative and differentiated value added features, along with a delivery mechanism. For example, sports VR platforms should provide multi-camera angles, picture in picture, player and game stats, as well as integrated advertising. This is an area where companies can innovate technologically by adding new features and functionality that really bring the VR world to life, whether it’s providing pop-up scoreboards, innovative menu systems that activate by looking around, or enhancing interactivity. Existing OTT players should start to explore adding VR platforms. Note, I consider this space to also include player SDKs/PDKs.

Assessment: It’s best to wait and see how headset companies will make their approach. New features might give some headset manufacturers an edge (for example FOVE is supposed to include eye tracking), but a good headset manufacturer needs plenty of funding in order to solve problems with the current headset devices. Oculus and HTC are already likely planning version 2 of their headsets and, like the camera market, I believe the dedicated headset market will only sustain a limited number of manufacturers, unless they’re niche products (for example medical or industrial applications). The next round of VR headsets is likely to include higher resolutions, better head tracking, and better interaction between physical and virtual environments (e.g. better controllers) – all of which will have high costs for the first players in this space. In addition, mobile phone manufacturers will build ever more powerful devices, with higher-resolution displays, that will be used to power VR headsets (like first generation GearVR and Google Cardboard today). While dedicated headsets are likely to provide a higher-end experience, every mobile phone user will potentially have a VR-capable device. (Note: Augmented reality manufacturers may have more opportunities to bring devices to market, but that’s another blog post!)

I’ve seen a trend where companies are trying to create both VR production and technology platforms. My suggestion is for companies to focus on their strengths and not try to do both. VR video production is far more difficult than 2D video, so let the production companies create the best experiences.  Technology companies should concentrate on building the best platforms or hardware (but not both) to support the creation, enhancement, and delivery of content. It’s best for content producers to establish strategic partnerships with technology partners instead of tackling multiple VR components on their own.

So who will be successful? Like OTT video, the large content owners are looking for end-to-end platform partners. The biggest opportunities will be the companies that can provide an end-to-end VR Platform as a Service (PaaS), from capture to distribution, all in the cloud. Platforms should be camera-, content-, and player-agnostic, able to work with multiple sources and any headsets. A promising end-to-end platform can capture, stitch, encode, insert ads and objects, handle content navigation, publish, deliver (via a CDN), and display via players for different headsets. It’s no small feat.

And wireless 5G is just around the corner. With its promised high-bandwidth, low latency, and ultra-fast speeds, 5G will provide amazing untethered opportunities for VR (and AR). Mobile phones, with increased computing power and high resolution displays, when coupled with 5G, will enable VR experiences that can’t be achieved today. Think VR at race car events, putting you in the seat of the driver, doctors performing remote surgery on patients, crane operators working on construction sites from their home, pilots flying their drones from a thousand miles away. The opportunities that VR and 5G bring will be endless and could change the way we consume entertainment and work.

With VR on the rise, its future will be defined by the startups that can deliver the most compelling and immersive experience. We will be watching closely.