After my recent coverage of virtual reality startups in the Netherlands, a wave of curiosity splashed into my inbox with people asking for insights about the secret sauce the government and private sector have in their hands. What is the formula that has allowed the country to catapult onto the center stage of the global startup scene in these past few years?

The answer, in my opinion, relates strongly to the Dutch brand of enthusiastic practicality. They aren’t a culture known for tiptoeing around the point if a direct answer can do the job, and what we’re seeing here is the manifestation of this simple quality projected out as a fruitful interplay between the public and private sector.

The best approach is to divide and conquer, city-by-city, starting with capital, Amsterdam, the European hub that was recently named the European Capital of Innovation (iCapital) and was awarded by the European Digital City Index with 2nd place as startup city and 3rd place as scale-up city.

Think of Amsterdam’s startup scene as a communal soup that industry players, government, and grassroots groups are contributing ingredients to.

Let’s begin with the grassroots players who struck the initial match just a handful of years ago — the city’s top two accelerators: Rockstart and Startupbootcamp.

Rockstart, which adopted a system of holacracy last year, definitely lives up to its name. The accelerator has graduated 68 startups (2012 to 2016) with a 78 percent funding rate that tallies to 33 million euros to date. Knowing how difficult it is for founders to take the time and energy to source skilled team members, Rockstart actively recycles talent from expired startups into fresh ones. It launched a platform about six months ago called the Talent Pool that lets all of its hiring companies view the profile of people who have applied for a job at one of its startups. 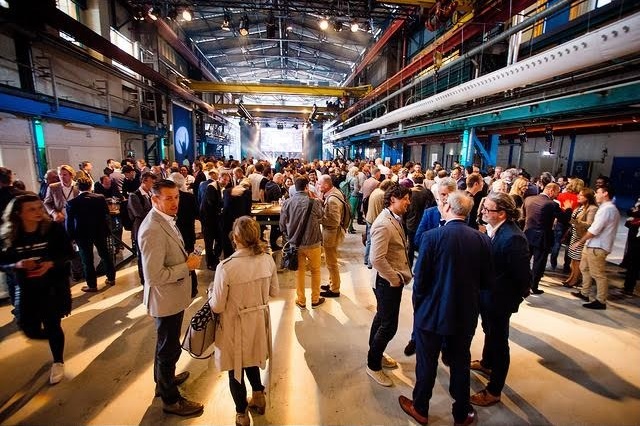 “Our goal has always been to support startups in their first 1,000 days through ongoing mentoring, fundraising advice, legal and administrative services, and access to capital,” Rune Theill, cofounder at Rockstart, told me. “Every year we hold an Alumni Summit to reconnect, share our successes and challenges — as a community of founders.”

An interesting contrast in approach is Startupbootcamp, which has developed its own micro ecosystem in recent years with the launch of spin-off companies Innoleaps and The Talent Institute. Both siblings owe their existence to the opportunity and skill gaps the team at Startupbootcamp discovered as they operated through their regular business cycle.

Innoleaps was the answer to the increasing request by corporate partners to offer their organizations the same kind of training that the startup teams were receiving. The Talent Institute, on the other hand, was set up just last year and is designed to produce the kind of talent startups are in short supply of. It targets fresh graduates and young professionals.

An upcoming accelerator dedicated to VR startups is also under construction in Amsterdam. It’s the latest expansion of VR Base, a coworking space for VR startups. The founder, Daniel Doornink, who is also the cofounder of Dutch VR Days, an annual event that takes place for the second time this October, told me that they are gearing to launch in the fall and will accept their first roster of startups by the end of the first quarter of 2017.

Coworking spaces in Amsterdam can’t be overlooked in the role they’ve played, most notably B. Amsterdam, a 18,000 square meter creative work space dedicated to the entrepreneurial and innovative. It currently houses 250 companies and 798 “bright minds”, according to its website. Coworking spaces are common and even exist at accelerators like Rockstart, which has established a mixed space comprising both its startup batch and outsiders renting desks and offices. The Next Web is also debuting its own highly curated tech space this October, coined TQ, so stay tuned.

Amsterdam is also the hometown of THNK – School of Creative Leadership, a hands-on training institute dedicated to transforming seasoned leaders from social, commercial, corporate, and public industries and from across the world using cutting-edge methodologies in design thinking. THNK was founded in 2010 with a kick-oﬀ at the Mayor of Amsterdam’s residence and has since opened branches in Vancouver and Lisbon.

Now let’s shift to the public sector and see what they have been up to.

The rallying cry at Davos in 2014 sparked the rise of the Startup Europe Partnership and the Netherlands’ own Startup Delta led by Neelie Kroes, which in parallel saw the rise of Startup Amsterdam, the whirlwind-like initiative that is spawning a staggering number of effective programs, partnerships, and events. It’s been like pouring gasoline onto this communal bonfire. Check out the organization’s 2015 fact sheet for more info on at least 13 of these initiatives.

One example is Launchpad Meetups, a series of pitch-style events designed to establish new startup-corporation connections. Corporates on board include Disney, KPN, Philips, Cisco, and Salesforce. The third event, where 39 participating corporates were connected to 150 startups, ran last May. 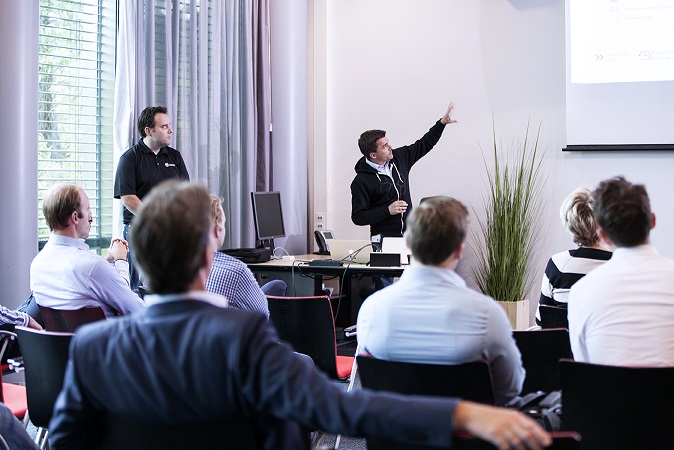 Another public initiative is the Startup City Alliance Europe (SCALE) that launched last May in partnership with B. Amsterdam. It’s a platform that unites municipal governments, universities, corporates, and startups spanning 11 cities across Europe in order to help startups scale out and leverage the EU neighborhood. The participating cities are London, Berlin, Paris, Barcelona, Helsinki, Stockholm, Rome, Brussels, Oslo, Amsterdam, and Lisbon.

“We are growing the ecosystem with concrete measures to provide startups with more access to talent, capital, skills, and launching customers,” Ruben Nieuwenhuis, Director at StartupAmsterdam, told me.

So the startup soil in Amsterdam has been cultivated in a way that is altogether a Dutch creation. It wasn’t born from an attempt to emulate the proverbial model of a Silicon Valley but by an enthusiastic pragmatism.

Let’s take a look at some other innovative players.

Meet Delitelabs, a pre-accelerator that offers a six-week intensive course to refugees, recent migrants, and locals, basically those hopeful segments of the population that don’t have the prerequisite skills or profile to make the grade for career opportunities that are otherwise available.

“We are working on the fuzzy front end where we really activate people,” Christof Hawe, founder of Delitelabs, told me. “We’re the sand box and safe zone for self-development.”

Delitelabs ran its proof of concept last year in Valencia, Spain, targeted to unemployed youth, and then moved over to Amsterdam by Christmas in order to pivot its model to address the migrant workforce. It has since completed two waves of classes and, along with solidifying its Amsterdam operations, is looking to expand to other cities like Vienna in 2017.

The city has also become the home of iceHubs Global as of last month, a network of technology innovation hubs that create communities of practice around sustainability challenges and blending innovation, collaboration, entrepreneurship, and methodologies to transform these challenges into sustainable businesses.

“Amsterdam offers a culture of innovation and inclusiveness,” said Adam Molyneux-Berry, managing director at iceHubs Global and a serial social entrepreneur. “And on top of the infrastructure, the tax incentives for entrepreneurs, and the location, it was an ideal place to choose as our new home.”

On that note, the introduction of the startup visa last year has been an exciting development in the Netherlands, allowing for greater fluidity by welcoming foreign entrepreneurs with eased regulations. The Dutch bureaucratic system is still a formidable creature to be reckoned with.

“There’s really been a shift in energy in Amsterdam during the past few years and we’re noticing an interesting influx,” says Ernestien Idenburg, Partner at Zebra Legal, an Amsterdam-based legal firm that is working closely with both local and foreign startups. “But startups need to take the paperwork seriously and start correctly.”

In terms of upcoming events taking place in the city, Amsterdam Capital Week is coming up this September, alongside the first annual Summit of SingularityU The Netherlands.