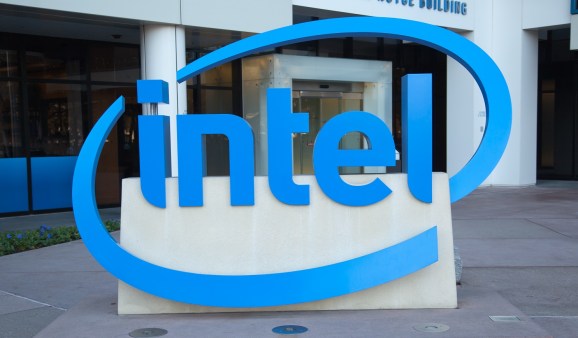 In the 21st century, it’s hard for large corporations to create disruptive breakthroughs. Disruptive innovations are coming from startups – Telsa for automobiles, Uber for taxis, Airbnb for hotel rentals, Netflix for video rentals, and Facebook for media.

1. First, companies bought into the false premise that they exist to maximize shareholder value – which said “keep the stock price high.” As a consequence, corporations used metrics like return on net assets (RONA), return on capital deployed, and internal rate of return (IRR) to measure efficiency. These metrics make it difficult for a company to invest in long-term innovation. It’s a lot easier to get these numbers to look great by outsourcing everything, getting assets off the balance sheet and only investing in things that pay off fast. To do that, companies jettisoned internal R&D labs, outsourced manufacturing, and cut long-term investment. These resulting business models made them look incredibly profitable.

2. Second, the leaders of these companies tended to be those who excelled at finance, supply chain, or production. They knew how to execute the current business model.

Intel, under its last two CEOs, delivered more revenue and profit than any ever before. It could point to record investment in R&D for more expensive chip fabs; yet today the writing is on the wall that Intel’s leading days are over. Why?

Over the last decade, Intel missed two important disruptive trends. First, the shift away from desktop computers to mobile devices meant that Intel’s power-hungry x86 processors weren’t suitable. ARM, a competitor, not only had a better, much lower power processor, but a better business model – it licensed its architecture to other companies that designed their own products. Intel attempted to compete, (and actually owned an ARM license) but fell victim to a classic failure of ignoring a low-end disruptor and hobbling its own chances by deciding not to cannibalize its own very profitable x86 business. All of Intel’s resources – fabs, manufacturing strategies, and most importantly executive mindset — were geared towards large, expensive x86 processors, not low-cost mobile cores of someone else’s design.

But it’s not over for Intel. Its most profitable segment is very high-end processors used in data centers in servers and the cloud. Today that’s built on the premise that an x86 architecture is the one best suited for big data. It’s becoming clear that extracting intelligence from that big data requires machine learning architectures that are better implemented with non x86 chips from companies like Nvidia. It’s possible that, by the end of this decade, history might repeat itself in Intel’s most profitable segment.

3. The third reason companies find it hard to innovate is explosive shifts in technology, platforms and markets that have occurred in the last 15 years – personal computers moving to mobile devices; life science breakthroughs in therapeutics, diagnostics, devices, and digital health; and new markets like China emerging as consumers and suppliers.

4. Which brings us to the fourth reason it’s harder for large corporations to offer disruptive breakthroughs: startups.

For the first 75 years of the 20th century, when capital for new ventures was scarce, the smartest engineering talent went to corporate R&D labs.

But starting in the last quarter of that century and accelerating in this one, a new form of financing – risk capital (angel and venture capital) — emerged. Risk capital has provided financing for new ideas in the form of startups. Capital is returned to these investors through liquidity events (originally public offerings, but today mostly acquisitions).

Startups have realized that large companies are vulnerable because of the very things that have made them large and profitable: By focusing on maximizing shareholder return, they’ve jettisoned their ability to do disruptive innovation at speed and scale. In contrast, startups operate with speed and urgency, making decisions with incomplete information. They’re better than large companies at identifying customer needs/problems and finding product/market fit by pivoting rapidly. Their size lets them adopt flatter and more agile organizational structures while providing incentives that reward risk-taking and collaboration.

Startups are unencumbered by the status quo. They re-envision how an industry can operate and grow, and they focus on better value propositions. On the low-end, they undercut cost structures, resulting in customer migration. At the high-end they create products and services that never existed before.

Innovation can come from inside the corporation, by adopting Lean Startup language and methods, developing intrapreneurship, and fostering innovation-driving behaviors such as GE’s FastWorks program. And corporations can foster innovation from the outside by promoting open innovation and buying startup-driven innovation. Google has bought close to 160 companies in the last decade. Its acquisition of Android may have been the biggest bargain in corporate history.

So to succeed, corporations must rethink and then reinvent their corporate innovation model, replacing a static execution model with three horizons of continuous innovation: This requires a corporate culture, organizational structure, and employee incentives that reward innovation. It requires establishing acceptable risk level and innovation KPIs for each horizon.

[This story originally appeared on Steve Blank’s own blog.]