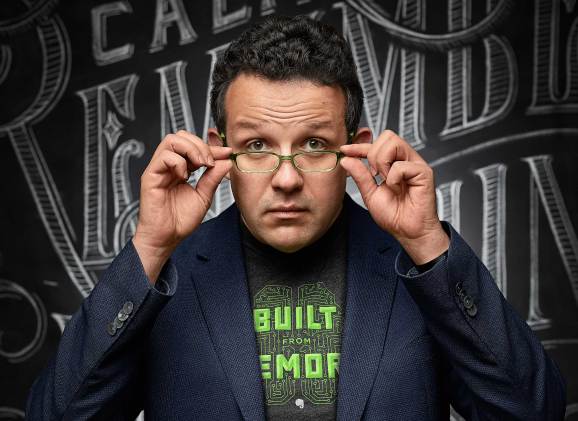 General Catalyst announced that it is moving forward with investments in bot-related startups. Managing director Phil Libin revealed in a LinkedIn post that the firm has participated in the $1.7 million seed round for real-time feedback service Growbot and has made a $3 million bet on knowledge-sharing bot Butter.ai. These are Libin’s second and third investments in the space, respectively.

Growbot is a product of the 500 Startups accelerator program and integrates with Slack so that people can collect and provide real-time feedback while at work. Think about it as a performance management service that evolves the standard employee review. Besides the investment from General Catalyst, Growbot has received funding from Inventus Capital and XSeed Capital.

As for Butter.ai, Libin shared that while it’s still in stealth, the bot aims to answer questions and find documents within a work environment, thereby improving productivity in the office. In a Medium post, company CEO Jack Hirsch explains what service Butter will provide:

Ever notice how awful it is digging through a shared drive for stuff at work? Yeah, us too. Coming up empty-handed and asking a coworker for help is even more time-consuming. Despite having great productivity tools, actually finding the content you know exists somewhere is still a frustrating waste of time. This is a big problem, and, up to now, technology hasn’t put much of a dent in it. We’re going to make that dent.

Butter is also the first company to have graduated from General Catalyst’s Hatch program, the same one that has produced firms like Demandware and Kayak.

Libin made his first investment in April, putting money into a bot startup run by Ryan Block, cofounder of product/gadget database and discussion forum gdgt, and Brian LeRoux. Libin shared some of the common pitfalls those building bot companies should avoid. He first advises making sure you are solving a real problem. He also cautions against thinking of a bot as an app replacement. And he talks about the importance of creating a conversation within existing communication channels.

Libin noted that when there weren’t many bots — before Facebook Messenger revealed 11,000 bots on its platform — most people didn’t know what these programs were. Then we moved into a “valley of disillusionment,” where the value of bots were questioned. Now General Catalyst’s partner is looking to sift through the wave of new bots to determine “what are the essential characteristics and which are noise?” He estimates that he’s received more than 100 bot pitches so far.

Libin will bring his bot knowledge to bear next week as a judge for VentureBeat’s botathon competition during our MobileBeat event. If you’re interested, register to find out more.