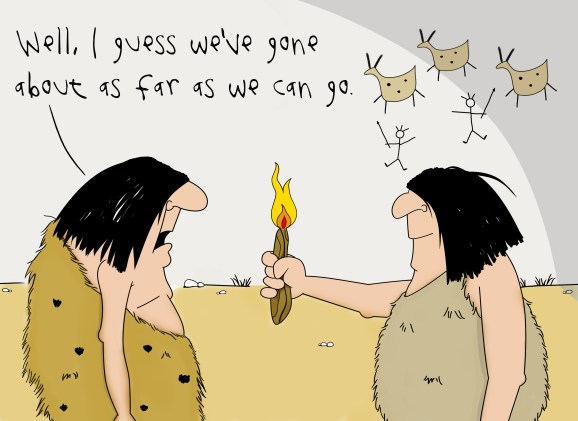 I am sure that the naysayers warned about the lethal damage that fire could do when the technology was first invented. Yes, it could cook meat and keep us warm, but it could also burn down forests. These are the debates we are having today about self-driving cars.

If that wasn’t bad enough, there are academic experts who insist that the technology is still 60 years away; that “fully automated vehicles capable of driving in every situation will not be here until 2075”. This is nonsense. The cars are coming—sooner than almost anyone predicted. They will be on our roads in the 2020s and will save tens of thousands of lives in the U.S. alone. Yes, they may not be able to handle every possible situation, but neither can humans.

I too was skeptical—and fearful—of the technology in self-driving cars, until I took my new Tesla Model X for a drive to Big Sur a couple of weekends ago.

The thought of letting my car drive itself seemed rather frightening. But this fear lasted only about five minutes. Curiosity got the better of me and I let go of the steering wheel to see what would happen. To my delight, the car continued to drive just fine; it didn’t need me. Twenty minutes later, I had one hand on the wheel and I was checking email with the other as the car did the driving for me. I did take full control when the road was narrow or the terrain was uneven, but by and large, I became as comfortable with the car’s autosteer function as I am with cruise control.

Yes, self-driving cars pose new risks, as evidenced by the recent fatal crash in Florida, when a Tesla in autopilot mode hit a large truck that crossed its path. The Tesla software cannot handle local roads, intersections, or extreme hazards yet. There are limits to every technology. It is the same scenario as using cruise control on local roads—you just shouldn’t do it.

Three out of 4 U.S. drivers have the same fears I did, according to a AAA survey. The same survey revealed that only 1 in 5 would actually trust a driverless vehicle to drive itself with them inside. I have no doubt, however, that once they get behind the wheel of one, they too will be checking email as I did. They’ll feel as comfortable with software driving their cars as they are with software flying their airplanes.

Tesla calls its software “autopilot,” but really it is not much more than cruise control on steroids. The autosteer function keeps the car in its lane, reads road signs, drives as much over the speed limit as you ask, and slows down or stops if there is a slower vehicle or obstruction ahead. If you want to overtake someone, you engage the turn signal, and the car will move itself to the adjacent lane when it can. I found this to be safer than changing lanes myself because of the blind spots. The advantage the Tesla has is that it can see in all directions at the same time. It literally has eyes in the back of its head.

I also learned how self-driving cars could prevent accidents when a car from the right jumped into my lane just as the setting sun blinded me. My Tesla automatically slowed down and gave way. No, it didn’t honk—or seek revenge.

Self-driving cars will improve our lifestyles and make the world smaller. They will prevent tens of thousands of fatalities every year. The best part is that they will do to pesky, dangerous human drivers what the horseless carriage did to the horse and buggy: banish them from the roads. Software malfunctions will surely cause unfortunate accidents along the way. There will also be ugly public debates, efforts by incumbent businesses to create legislative barriers and a lot of confusion.

But the technology is coming—whether we are ready or not. And I for one can’t wait to receive the software upgrades that will let the car do all of the driving. I look forward to enjoying the scenery or working during my commute.

If political leaders and lawyers in the United States try to stop progress—as is very likely—other countries will still adopt the new technologies and take the lead. We will end up playing catch-up with the rest of the world and miss out on the most amazing transition of our lifetimes — into an era in which we become the drivers in driverless cars.

Vivek Wadhwa is Distinguished Fellow and professor at Carnegie Mellon University Engineering at Silicon Valley and a director of research at Center for Entrepreneurship and Research Commercialization at Duke. His past appointments include Stanford Law School, the University of California, Berkeley, Harvard Law School, and Emory University. Follow @wadhwa.