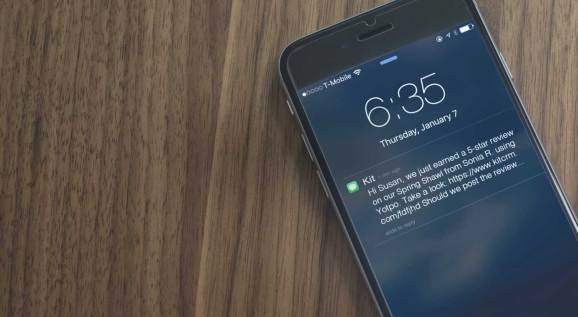 Virtual marketing assistant Kit CRM today announced the launch of its chatbot on Facebook Messenger. This will be its third platform and comes three months after Kit became one of the first companies to announce an integration with Facebook’s conversational platform. Now, any of the more than 900 million monthly app users will be able to have access to a virtual employee right at their fingertips.

Above: Screenshot of Kit’s marketing assistant on Facebook Messenger.

The idea in bringing this marketing assistant to Facebook Messenger is to enable merchants without marketing support to more easily manage their online marketing promotions on Facebook and Instagram. This assistant offers a more user-friendly interface, instead of asking them to sort through ad-serving networks and interfaces.

Founded by Michael Perry, Kit is the producer of an artificial intelligent virtual assistant that previously let you run your ecommerce business through SMS text messages or using Telegram. It was this that appealed to Shopify, which acquired Kit in April.

There are more than 3 million businesses on the world’s largest social network today, which will considerably expand Kit’s reach.

Perry, who’s now the director of Kit at Shopify, said the Facebook Messenger integration is a positive move forward because with SMS, it “was challenging to get phone numbers in particular countries. Messenger solves this problem and allows us to bring Kit to merchant accounts.”

The expectation is that once a business signs up with Kit, they can have the A.I.-powered assistant handle Facebook and Instagram ads, manage email marketing, send thank you emails to customers, make updates on a merchant’s Facebook page, and more. The company also has a developer API to let others build on top of Kit’s skill set.

Although Kit’s chatbot makes its official debut today, it had been out in the wild for the past month. Perry explained that in that time period, more than 10 percent of all Shopify merchants who used Kit were doing so on Facebook Messenger. “This says a tremendous amount about people’s communication preferences and Facebook Messenger’s potential,” he said.