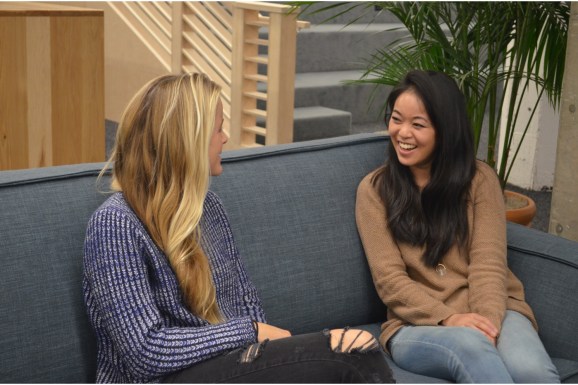 It can be hard to meet people professionally, but Weave sought to make a it easier by offering a concierge service that would pair you with someone of interest on a weekly basis. Unfortunately, things didn’t pan out, and on Monday, the company will be shutting down operations because it just wasn’t “financially viable.”

In an email delivered to customers today, Weave cofounder and CEO Brian Ma wrote that in the past three years, the service was able to “create hundreds of thousands of new professional connections,” some that resulted in investors, mentors, coworkers, and cofounders being paired together.

Weave is informing users that they can download a list of their matches by emailing the company. Premium members will also receive a refund for the month.

Weave was previously billed as the “Tinder for LinkedIn,” but Ma’s team pivoted in January to make the service a talent-based concierge. At the time, Ma told VentureBeat: “Traditional networking takes work. Most people don’t do it simply because they don’t have time to hunt for the perfect connection or opportunity. Weave brings people to you. We make networking so easy, there’s no excuse not to do it.”

Users were matched up based on their preferences: You might request to meet investors, designers, or developers, for example. From there, the company used your LinkedIn profile and other provided information to play matchmaker. Every Monday, it would ask if you wanted to meet someone, and, if so, it would connect you with a stranger. From there, you could arrange a time to meet by the end of the week. After the meeting, you were encouraged to tell Weave whether it was a success or not.

The company also had a premium option that was available for $15 per month. With this offering, you could meet more people per week while also gaining more control over who you were being paired with. 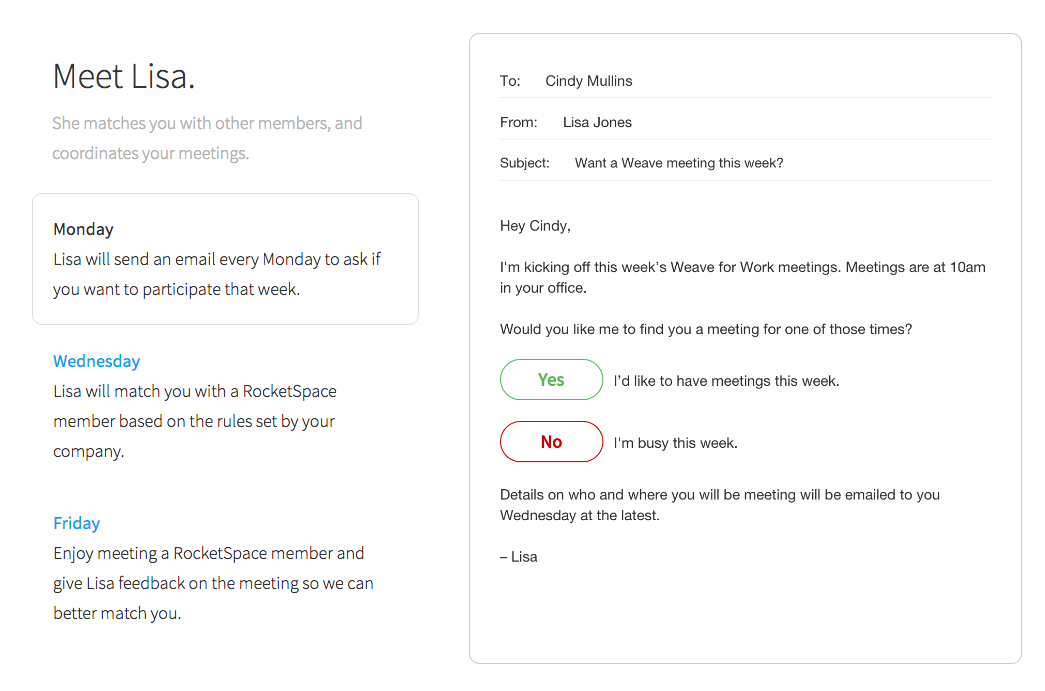 Here’s the email that Weave sent out today:

We started Weave to make expanding your professional network easy, productive, and enjoyable. In the last 3 years we’ve created hundreds of thousands of new professional connections. Connections that became co-founders, investors, mentors, co-workers, and friends. Your stories were what made working on Weave so fun and fulfilling.

While Weave became the primary source of new professional connections for many people, we were unable to make it financially viable. As of next Monday, we will be shutting Weave down.

Thank you so much for being part of our community. You made time to meet and help complete strangers. You were what made Weave great.

PS: If you’d like to download a list of your matches, respond to this email and let us know. Premium Members will receive a refund for this month.