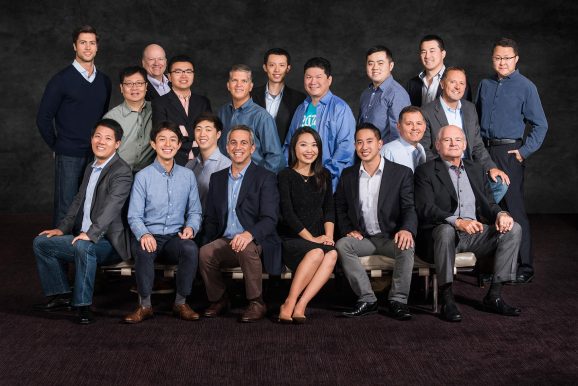 DCM Ventures announced today that the venture capital firm has secured commitments of $770 million for its various investment funds. Of this amount, $500 million will go toward DCM’s eighth flagship fund, $100 million to its second A-Fund for early-stage startups, and $170 million for its late-stage companies.

“These new funds are a reflection of our ability to consistently deliver substantial distributions to our limited partners in all market environments,” said David Chao, a cofounder and general partner at DCM. In an interview with VentureBeat, he explained that all three of these funds were oversubscribed and also that the company’s new A-Fund will be focusing on industries such as mobile, virtual reality, artificial intelligence, messaging, and drones.

Started 20 years ago, DCM specializes in early-stage investments in not only the U.S. but also China and Japan. Chao explained that these countries were the three largest information technology markets in the world. While DCM has ambitions to spread out into other countries — such as Israel, some parts of Europe, and Southeast Asia — the firm wishes to remain small, so expansion won’t happen overnight. DCM currently spends most of its investment funds in China and the U.S., where it has had a large quantity of “home runs.” Less than 10 percent is put into Japanese startups.

What’s notable about this raise is that it seems DCM is interested in taking more risks, which is why its second A-Fund is oversubscribed — its predecessor had $60 million in its coffers. Chao said the firm was asked to limit money going into the fund to $100 million so as to not conflict with DCM’s main fund. Started in 2011, these A-Funds are investments in companies that didn’t ordinarily fit into the firm’s profile or which come from a high-risk sector. DCM invests a small amount from these funds but expects a higher loss ratio since it’s a riskier proposition. However, the rewards, should there be any, are huge for the venture capitalists.

In the past, DCM has made investments in companies like Kakao Talk, Yik Yak, and Tencent. This second fund, which will allocate between $500,000 and $2 million per company, will look at key emerging industries. Chao believes that the second A-Fund will make more investments in China than in the U.S. He said that three years ago, China was a “me too” venture market, in that entrepreneurs there would mimic what happened in the U.S. Since that time, Chao said his team has seen incredible innovation, especially around mobile services like WeChat.

Virtual reality is one innovative sector that DCM is exploring, as are many other firms. Chao is optimistic that the technology has high potential in China because a “majority of the VR hardware is made in China. Just like laptops were taken over by Lenovo and Acer, China is going to have access to the cheapest VR.” He said that China’s gaming market is large and added that people in the country are used to visiting internet cafes where they’re able to try out the technology. So far, DCM has made several seed investments there.

Drones are another area that DCM wants to investigate further, especially for use in the commercial space. Previous investments in the space include automated drone system Kespry. It’s likely that U.S. companies will be considered first, as there are clearer regulations around drones here than there are in China, where vague rules are a disincentive to investors.

The last space of interest for DCM’s second A-Fund is A.I. messaging, and the firm has already started making moves there with its investment in X.ai. Narrowing the focus will help decide where investments are made. Chao explained that in the areas of machine learning, research, and academic work, the U.S. holds dominance, but China wins out when it comes to implementation and adoption — just look at the growth of WeChat. DCM is looking for cross-border deals with companies that leverage WeChat’s high penetration while using U.S.-trained A.I. specialists.

While DCM’s A-Fund is certainly getting attention from limited partners and may continue to pick up steam, the firm also has its flagship fund, which Chao stated will continue to focus on business-to-business Software as a Service (SaaS) startups worldwide. The firm also has the aforementioned new platforms and those next-generation cross-border deals. Previous investments that DCM’s flagship fund has made include customer relationship management provider Fxiaoke, along with Sansan and Freee.

Chao said 20 percent of startups that received investment from DCM’s first A-Fund will “graduate” to the firm’s main fund, which typically means between $5 million and $10 million, with a 15 to 25 percent ownership stake and a board seat.

The companies that have received funding from DCM’s previous flagship funds include 58.com, Kakao Talk, and SoFi.

DCM’s Turbo Fund has also received an infusion of capital. Dubbed the “double down fund” by Chao, it’s aimed at select portfolio companies that the firm thinks have great potential to continue scaling.

To date, more than $3 billion in assets are under DCM management.

Updated at 7:50 a.m. Pacific on Thursday: Corrected to state DCM has been around for 20 years.