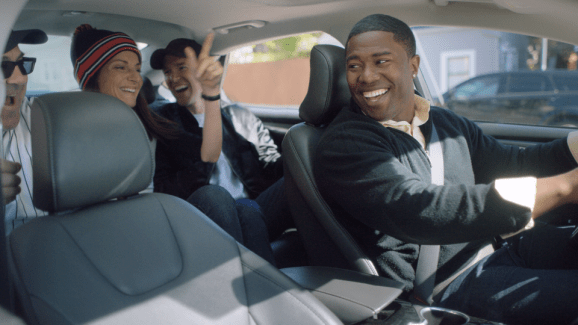 Uber and Snapchat accounted for a huge chunk of the $15.3 billion invested by venture capitalists in the second quarter of 2016, according to the MoneyTree Report from  PricewaterhouseCoopers (PwC) and the National Venture Capital Association (NVCA).

During the quarter, Uber raised $3.5 billion and Snapchat raised $1.8 billion.

“The venture capital ecosystem has proven to be both resilient and nimble,” said Tom Ciccolella, U.S. venture capital market leader at PwC, in a statement. “We continue to see things we have never seen before, including megadeals, investments of $100 million or more, encompassing an unprecedented thirty-nine percent of deal value for the second quarter and the largest venture capital deal of all time. This reinforces that though there are some consistent trends that have emerged in recent years, there’s not a single path to its health.”

The top 10 deals accounted for 39 percent of total dollars invested in the second quarter, up from 26 percent of total venture capital invested during the first quarter. The top two deals alone for the quarter accounted for 31 percent of capital invested. In the first half of the year, there were three deals worth one billion dollars or more, versus a total of three deals in all of 2015 and two deals in 2014 at one billion dollars or greater.

“For the tenth consecutive quarter, venture investment into innovative startups companies has surpassed the $10 billion threshold, helped in part by the fact that we hit our ninth straight quarter where 10 or more companies raised mega rounds of $100 million or more. At the same time, we’ve also witnessed a decline in deal count on a quarter over quarter basis for the last year,” said Bobby Franklin, president and CEO of NVCA, in a statement.

He added, “This divergence has resulted in a high concentration of dollars invested into a handful of late-stage companies with the top ten deals for the quarter accounting for almost 40 percent of venture dollars deployed and one single deal totaling $3.5 billion from a non-traditional investor. The second quarter data confirms what we’ve heard anecdotally from our members, which is that venture investors remain active through a string of strong fundraising periods but are becoming more selective in where they deploy capital.”

Here are the industry-by-industry deals:

The Software industry continued to receive the highest level of funding of all industries, receiving $8.7 billion across 379 deals for the quarter, a 70 percent increase in dollars, despite a 4 percent decrease in deals versus the first quarter of 2016.

The Biotechnology industry received the second largest amount of venture capital for the quarter, with $1.7 billion invested into 100 deals, representing a 14 percent decrease in dollars and a 19 percent decrease in deals, compared with the previous quarter. Investments in the Life Sciences sector (Biotechnology and Medical Devices combined) during the second quarter accounted for $2.2 billion in 161 deals, decreasing 10 percent in dollars, 12 percent in deals. Investments in Life Sciences companies accounted for 15 percent of all venture capital deployed to the startup ecosystem in the second quarter.

IT Services companies received the third-largest amount of venture capital for the quarter, with $946 million deployed across 80 deals.

Media & Entertainment companies received the fourth-largest amount of venture capital for the quarter, with $690 million deployed across 95 deals.

Computer and Peripherals companies saw the largest percentage increase in dollars versus the first quarter, with an increase of 172 percent.

Ten of the 17 MoneyTree industries remained flat or saw increases in dollars invested in the second quarter, including Healthcare Services (65 percent increase) and Semiconductors (42 percent increase).

Venture capitalists invested $2.6 billion into 251 Internet-Specific companies during the second quarter of 2016, an increase of 9 percent in dollars and 2 percent in deal count, compared with the first quarter of 2016. “Internet-Specific” is a discrete classification assigned to a company with a business model that is fundamentally dependent on the internet, regardless of the company’s primary industry category.

Of the companies receiving venture capital funding for the first time in the second quarter, Software companies captured the largest share, accounting for 38 percent of the dollars and 41 percent of the deals, with $638 million going into 109 deals. First-time funding in the Life Sciences sector during the second quarter was down 27 percent in dollars and was flat in deals, dropping to $372 million going into 34 deals.

The average first-time deal in the second quarter was $6.3 million, up from $5.9 million in the prior quarter.