One of the advantages of cloud computing is the ability to abandon conventional storage on your computer and keep content exclusively in “the cloud.” But what if you could have your entire computer stored in the cloud, allowing you to access your software and applications from anywhere? That’s what Sixa wants to facilitate, and it’s targeting developers who would like to avoid lugging around bulky laptops.

Founded by Mykola Minchenko and Ievgen Nechaiev, Sixa simplifies computer ownership, eliminating the periodic need for you to buy updated hardware when more computational power is needed. The team began working on their idea in 2015, looking to find a way to build a cloud computer “with the same feeling as using a physical one” but accessed through a remote connection. Unable to find one, Minchenko said they built a model that uses a remote connection and works with text and multimedia applications. 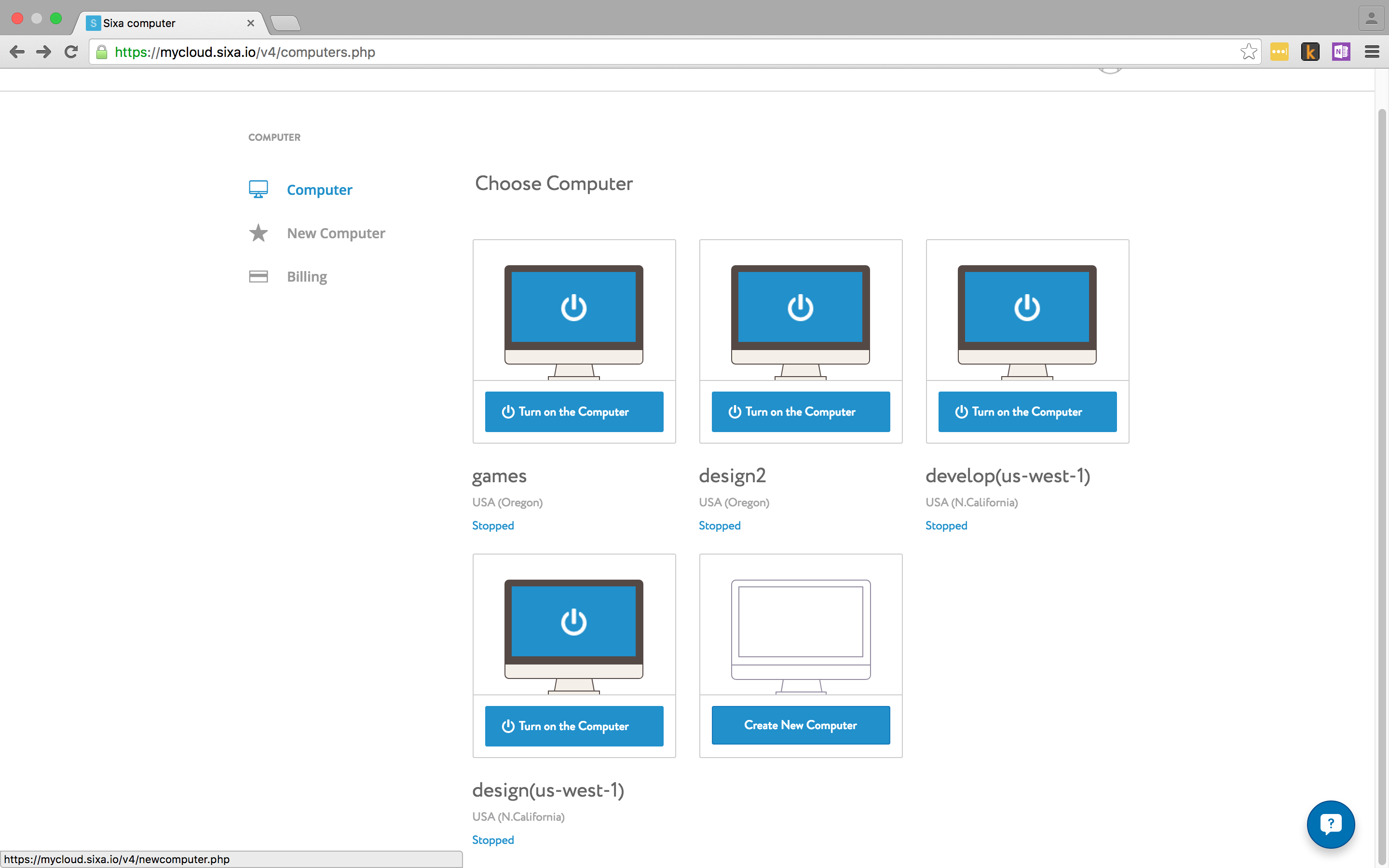 Above: Setting up a cloud computer on Sixa.

“Usually, when it comes to multimedia content, remote desktop protocols start to lag, drop the frames, and degrade the picture quality, the sound will be bad, or there will be no sound at all,” he explained. “We wanted to change this because we thought of having the user experience from working on the cloud computer without traditional remote desktop protocol limitations.”

Minchenko said that Sixa users can add more RAM and hard drive space or change the GPU or processor to something like NVIDIA GPUs 6,144 CUDA cores with 16GB of video memory and Intel Xeon E-5 2670. The service also supports installation of any Windows applications, just as your physical computer does. 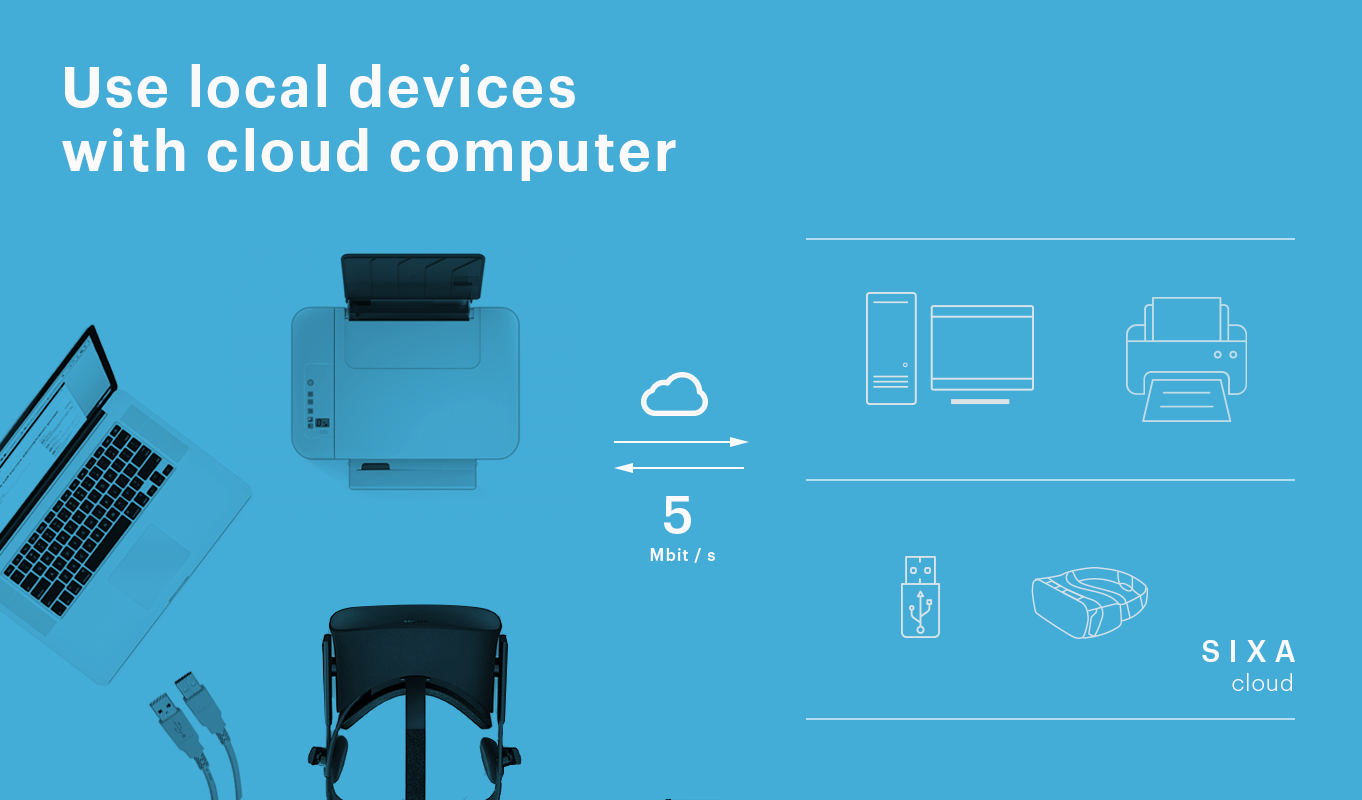 Above: Sixa’s cloud computers can be used with your local devices.

Interested users can sign up for an account, download a client application, and select a computer to connect with it. Sixa’s cloud computers can also be paired with your printer, virtual reality headset, television, or any other accessory.

“In order to build on real hardware, large project developers will spend around 10 minutes [setting up their computer]. On the Sixa computer, developers will have the same build be done in around a minute. For every seven builds, we will save an hour of a developer’s time, with one hour costing between $40 to $90 for freelancers,” Minchenko said.

He shared that developers may want to set up individual computers for all of their current projects, while still being able to access them with a single click. Sixa promises to expedite setup and deployment times. Minchenko says that since everything is in the cloud, computer batteries will last “up to five times longer.”

Designers may also find Sixa worth a look because its cloud computers provide as much GPU power as needed to render images and exchange large raw files with their colleagues.

Lastly, gamers who periodically play AAA games could also consider using Sixa, as it might wind up saving them time and money they would otherwise  spend on hardware. 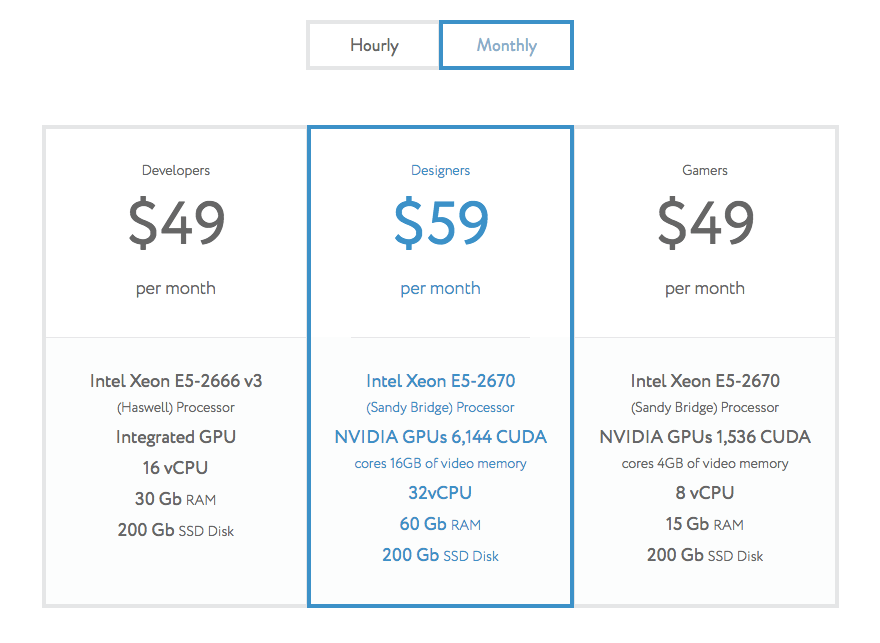 Minchenko said that, to date, the company has more than 4,000 paying customers. Prices vary based on whether you’re using the cloud computers for development, design, or gaming purposes, and you can purchase by the hour or monthly.

While the service is available now, a notice on Sixa’s website indicates that demand has exceeded availability, though the company is working to slowly admit those on its waitlist as it adds more computers.

Sixa has raised more than $261,000 in venture funding from Startupbootcamp Istanbul, WS Investments, and Y Combinator.