Snapchat announced today that it has added Bitmojis to its service, essentially confirming rumors from earlier in the year that it had acquired the company that built the feature.

In March, there were several reports that Snapchat had bought Bitstrips for $100 million. Bitstrips developed Bitmoji, which allows users to build personalized emojis that they can use to enhance their reactions or comments.

With Snapchat Bitmojis, users can connect to a Bitmoji account and import their avatar.

Good news, in case this is all going over your head. There is a Snapchat video to explain this:

And if that doesn’t do the trick, there’s a cartoon: 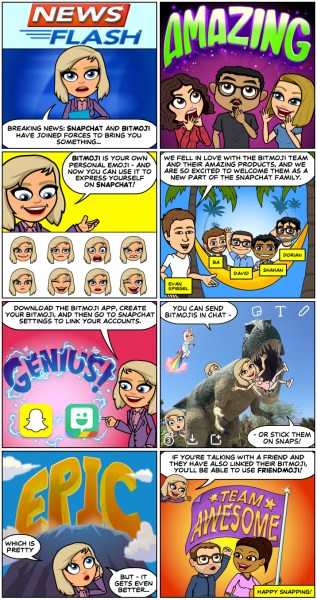