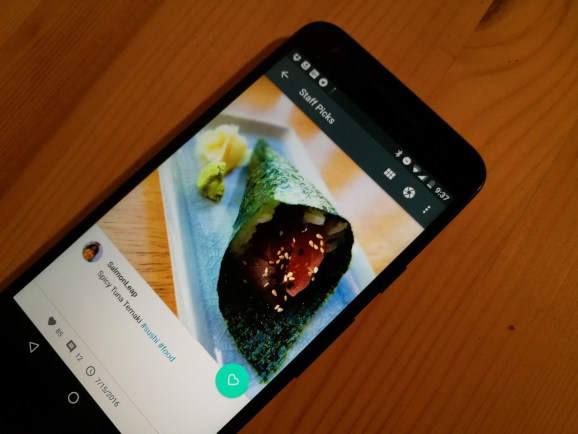 Seene, a startup with apps that let users create and share three-dimensional images, today informed its users that its Android and iOS apps will be going away. The general-purpose computer vision technology from Obvious Engineering, the company behind Seene, is no longer available for companies to license, effective immediately.

The announcement comes after TechCrunch reported that Seene had been acquired by Snapchat for an undisclosed sum.

“After delighting millions of people with new ways to accurately capture, share and re-experience life in 3D and VR, we are working on an exciting new project,” the Seene team wrote in the letter, a version of which appears on the startup’s website. “Our computer vision technology is no longer available for licensing and, beginning today and continuing over the next few weeks, the Seene iOS and Android apps will be transitioned offline.”

The “exciting new project” may well be some kind of new implementation in Snapchat, which recently introduced Bitmojis, after acquiring Bitstrips, the company behind those personalized emojis. Snapchat has also launched face swapping and lenses.

The startup is giving users one month to export their data. An export tool on the Seene website will remain available until August 25.

“We are looking forward to what’s coming next!” the team wrote.

Obvious Engineering started in 2012 and had operations in London and San Francisco. The Seene app launched in 2013. Its underlying computer vision technology powered EA Sports’ Game Face HD mobile app, which let players scan their own faces and add them to characters in games. Investors include EC1 Capital and Kima Ventures, according to CrunchBase.

Update on September 2: Andrew McPhee, cofounder and chief executive of Seene/Obvious Engineering, has changed his LinkedIn profile to reflect that his job is now “product” at Snapchat.