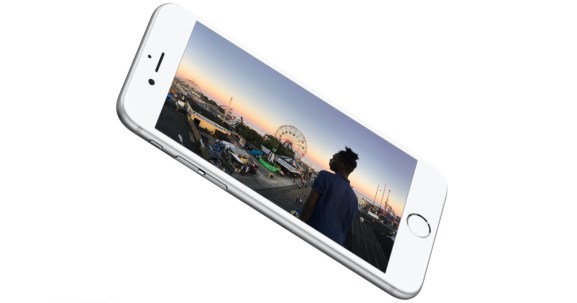 iPhone sales have fallen for the second time in the device’s history, proving the drop in the previous quarter was not just a one-off.

As part of the company’s latest quarterly earnings announcement, Apple revealed today that it sold 40.4 million iPhones, 9.95 million iPads, and 4.25 million Macs during its fiscal third quarter of 2016. These aren’t the results Apple typically delivers at this time of year, but they also aren’t a surprise anymore, given the flat results of Q1 and the drop in Q2.

As always, the company’s iPhone business is by far the most important, but seeing iPad and Mac in the red doesn’t help. And yet Apple managed to beat earnings expectations, pushing the company’s stock up in after-hours trading.

Forty million phones is still a great number — it’s just that the iPhone’s unbeatable growth trend has finally caved. Apple knew that the iPhone 6s and iPhone 6s Plus wouldn’t be enough this year, and so it introduced the iPhone SE at the end of March. While the company says it is happy with the new phone’s sales, it still wasn’t enough to match the numbers in 2015.

“We are pleased to report third quarter results that reflect stronger customer demand and business performance than we anticipated at the start of the quarter,” Apple CEO Tim Cook said in a statement. “We had a very successful launch of iPhone SE and we’re thrilled by customers’ and developers’ response to software and services we previewed at WWDC in June.”

Tablet sales have fallen for six straight quarters, a trend that Apple has not been able to counter with the iPad. In fact, as you can see in the chart above, iPad sales have been declining year over year every single quarter since Q2 2013 (though this quarter, iPad revenue returned to slight growth). Mac sales have been largely flat, with small year-over-year gains and dips every so often.

But again, the iPhone’s results are what matter in the end. Apple has now failed to deliver growth twice in a row — three in a row if you don’t count 0.4 percent as growth.

The iPhone SE failed to reverse the trend. It’s now all up to the iPhone 7.