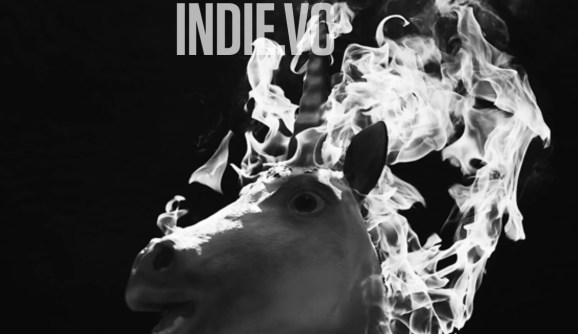 The way technology companies grow may be broken, destructive, and wasteful. At least that’s the gospel some renegade venture capitalists at Indie.vc have been spreading. If you’re working in venture capital or tech, you might not have heard of Indie.vc yet (some partners I’ve spoken to haven’t), but at Cornerstone Venture Partners, where I’m working this summer, it comes up almost every day. To understand what’s going on, you’ll need some background on fund economics. Don’t worry, I promise it’s more exciting than it sounds.

There’s a lot of talk around the idea that really, only the upper echelon of VC funds actually return anything worthwhile to their investors. The data here is iffy and private, but it seems fair to assume that 4x on a fund over the fund’s life would be considered acceptable. As Mark Suster points out and Fred Wilson alludes to, most investments in a portfolio won’t return significantly – so firms rely on a small percentage (20-30%) of their investments to return the majority of their money (80%+). Long story short, that means that on average, VC funds make their money on the really, really big exits. It’s pretty simple but profoundly impacts their investing strategy.

What this means is that if you’ve got a business you’re pitching, VC funds are often going to be thinking, “Can this company be the billion dollar exit I need to return to my LPs?” If your business model, product, or market doesn’t support that, you’re going to have trouble with traditional venture. It’s just simple fund economics. Most of the time, you can’t fight it.

But not all businesses need to achieve billion dollar exits, or even need to exit at all. There are countless companies out there that genuinely improve people’s lives, but aren’t “huge.” They’re not fit for venture, and they’ll often try to twist and turn, in destructive ways, to get VCs to invest. And even in the businesses that VCs invest in, the laser focus on scale, scale, exit can often tear apart otherwise sustainable businesses. VCs want returns and growth, which often doesn’t align with what’s best for the business. That’s where Indie.vc comes in.

It’s structured as a VC firm with its own fund, and its term sheet is pretty straightforward – instead of taking equity up front, it gets paid back once your company has some excess cash flows. These flows are called distributions and include dividends and large increases to the founders’ salaries. Once the company makes a distribution, it begins paying Indie.vc back until Indie.vc makes 5x on its investment. If the company raises another round, then Indie.vc’s investment converts to equity – but that percentage is decided by the company (!). As far as entrepreneur-friendly term sheets go, this is definitely up there.

Indie.vc is for the businesses that don’t want VC or weren’t wanted by VC. It’s for companies focused on profitability instead of pure growth that want to run their businesses without VCs interfering. It seems focused on disrupting the current VC model, and it isn’t shy about it – its website runs a video of a burning unicorn head in the background. I think we get the message – in some ways, the disruptors (or those who fund them) are being disrupted.

But this idea isn’t as revolutionary as you might think. First of all, the similarities to a high-interest loan are hard to ignore, even if the Indie.vc model doesn’t make you liable for the principal. Lighter Capital is another firm that operates along the same guidelines. Its founder argues that this format, also called revenue-based financing, has been prevalent in industries like mining and film for a while. Indie.vc is different in that its paybacks aren’t based on revenue, but the general idea is similar. Most importantly, there are many large, successful businesses that grew without VC money. Some examples of note are: every business ever before VC existed, Atlassian, Zoho, and Airpush (nod to Michael Carney). No matter the history, this is a structured, legitimate option for your business. Unsurprisingly, Indie.vc, like other venture firms, advertises its network as an aid to startups.

So who and what is right? Despite the disruptive picture I painted, Indie.vc isn’t trying to tear down traditional VC – it’s looking to give resources to businesses that need it and that could be damaged by traditional VC investments. I prefer to see this development as parallel – another exciting, valuable funding mechanism for businesses that don’t fit the current model. I’m confident that, in general, incentives for big exits by VCs align with the vision of the founders; but not always. If you’re a business looking for some new capital, you better look long and hard at this dichotomy. If your vision isn’t to be a massive company, this type of funding might be a better fit for you.

At Cornerstone we talk to founders all the time that are interesting, driven, and impressive. They have a seed-stage business that has nice traction and solves a real need – but we can’t see any possible exit in the near future (marketplaces are a good and frequent example). We’re often quite confident that they’ll be successful over the next few years, but we don’t see how we can earn a return. It stinks to turn these companies away, but that’s fund economics. Drafting a term sheet along the Indie.vc lines could address this problem.

The way technology companies grow may just be broken, destructive, and wasteful, and it may not be. But one thing is clear – there are more options for startup funding than ever, so get to work.

Justin Gage is a student at NYU’s Stern School of Business, where he’s majoring in Data Science. He’s the National Director of Consulting for TAMID Group, a student organization on 30+ college campuses that develops student business skills through hands-on interaction with the Israeli economy. This summer, he’s working at Cornerstone Venture Partners, an early stage VC firm that invests in software companies, with sights on VC for the long run. He loves fashion, well designed stuff, and all things tech.