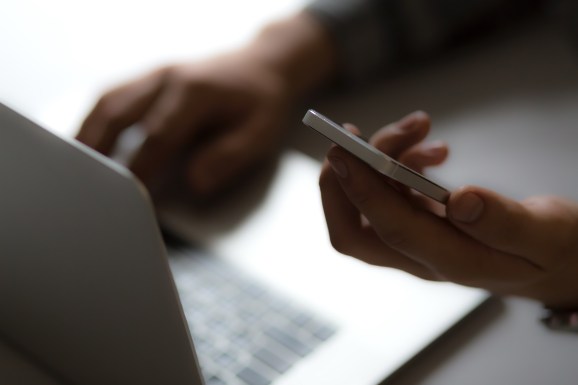 We’re all familiar with the SMS text message based security codes used as a security feature by huge numbers of websites from social networks to email to online payments. This is the feature that aims to verify your identity after you log in with a password, by sending a text message to your phone with a code that you use to access the site.

But SMS security codes aren’t safe and should be avoided. That’s the news that’s been circulating over the last few days from NIST – the National Institute of Standards and Technology, the U.S. Government agency that sets the standards for everything from the electric power grid to atomic clocks to personal health records.

So what’s wrong with SMS codes? Are they really unsafe? And if they are, what can we use instead?

SMS codes are really just one form of what’s called “two-factor authentication,” or 2FA. The goal of a 2FA system is to help guarantee that the person logging in with your password is actually you rather than a hacker who has guessed or stolen your password, or recovered it by cracking the passwords in a password dump from a hacked web site. “Two factor” refers to the fact that the system uses more than one way of verifying your identity – the password is the first factor, and the SMS code is one way of providing a second factor.

So where does that leave us? If SMS-based systems aren’t safe, are we stuck with the bad old world in which users have to log in with nothing but a password, making them vulnerable to password theft?

Fortunately, no – there are other 2FA systems that remain safe to use. Some examples of these are:

And there’s no reason to stop at two factors. Multi-factor authentication (MFA) systems can use more than two factors at once for even higher levels of security.

So, while SMS codes may be risky, users have a choice of other solutions they can start using right away.